The squabble between the Louvre and the Cy Twombly Foundation over the renovation of the salle des bronzes, whose ceiling the artist frescoed in 2010, might be a run-in whose full flavor is only relished by Parisians and New Yorkers. 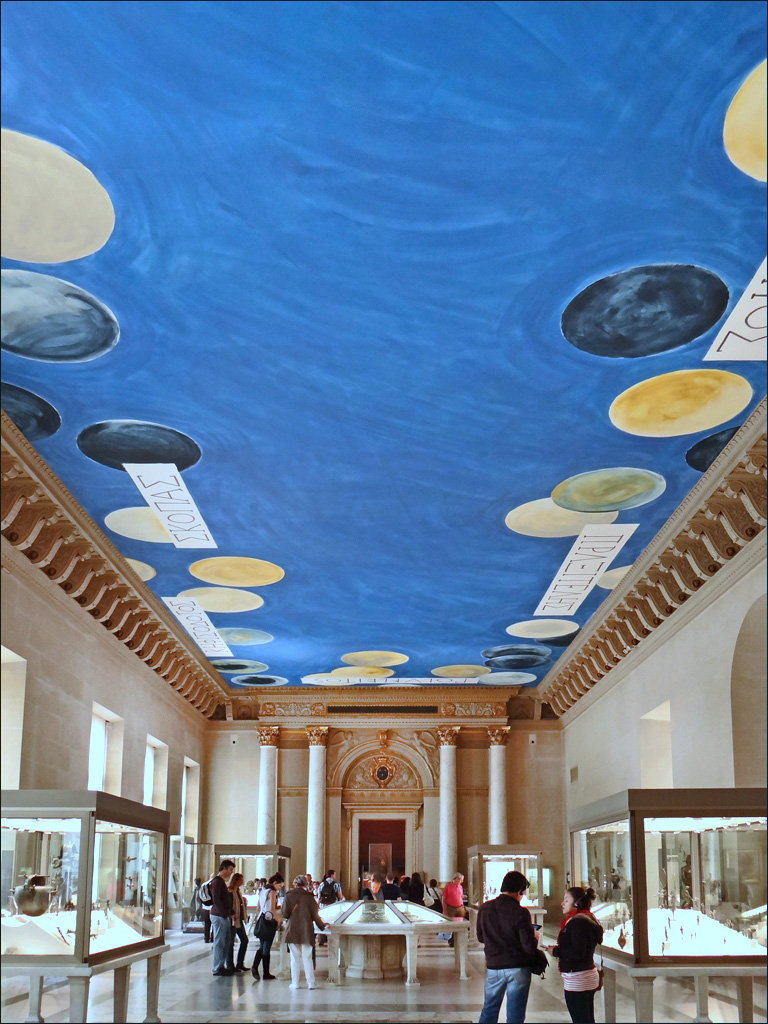 The American foundation has demanded an “immediate correction” by the Louvre of the dark red (actually brown with a carmine patina) now on the walls, which, it believes, violates Twombly’s airy 2010 painting. The foundation is intent on going to court if necessary: the judges would be called upon to delimit the scope of copyright within an architectural setting. Are the artist’s moral rights, which are imprescriptible, limited to the work itself (which has not been touched), or can they extend to any setting that inspired it, freezing it for eternity?

Somewhat late in the day, the Louvre says it is open to dialogue with the Foundation and the artist’s son, but rejects any legal basis for the claim against it. As its director Vincent Pomarède philosophically remarks, this kind of quarrel seems inevitable when a museum calls upon artists rather than museographers, who cannot lay claim to their work’s permanence.

In the 20th century, probably fearing incomprehension and hostility, the Louvre seldom called on contemporary artists for permanent decors. Henri Loyrette, the museum’s president from 2001 to 2013, wanted to change that. Twombly was not the happiest choice. Very frail towards the end of his life, he made a sketch that a team sent by the Gagosian Gallery painted on the ceiling in Mediterranean blue, dotted with discs and cartouches featuring the names of Greek sculptors in Greek letters. The method is not too different from that of Rubens, who sent artists from his studio to paint palatial decorations from his brilliant modelli. However, unlike the Flemish painter, Twombly had nothing to contribute for a longtime. The result, frankly, did not bother many people.

To make matters worse, the installation “given to the Louvre” by Twombly and his gallery was a behind-the-scenes opportunity for a sleight-of-hand trick leading to the Louvre Abu Dhabi’s acquisition—for the hefty sum of around €15 million—of an incomplete series of large panels by the painter. This tawdry episode was one of the least defensible manifestations of french arrogance towards the Emirates and nearly derailed the project.

In the eyes of the Cy Twombly Foundation, the new Pompeian color chosen for the room “destroys the balance” of the artist’s subtle canopy, for which he took “the white stones of the walls as a starting point”. It is also vexed that the gallery has lost its pale marble paving and will now be devoted to the Etruscan collection instead of Greek bronzes. However, haltingly answering a question from Le Monde journalist Philippe Dagen at the 2010 opening, the artist did not seem very sure what had inspired the commission he had trouble remembering, except that the circles could evoke ancient warriors’ shields. preferring to see the work’s timeless nature, Mr. Pomarède says the museum is continuously changing, affecting the galleries whose ceilings were painted by artists like Braque and, to a lesser extent, Delacroix. Sometimes, the ceilings pay homage to artists whose works are no longer in the room. The gods are ungrateful.

Art Basel Ejects the FIAC
Not to be missed
Opinion