The Lécoules Collection provided a platform for cabinetmakers of the second half of the 19th century, led by Henry Dasson (1825 -1896). 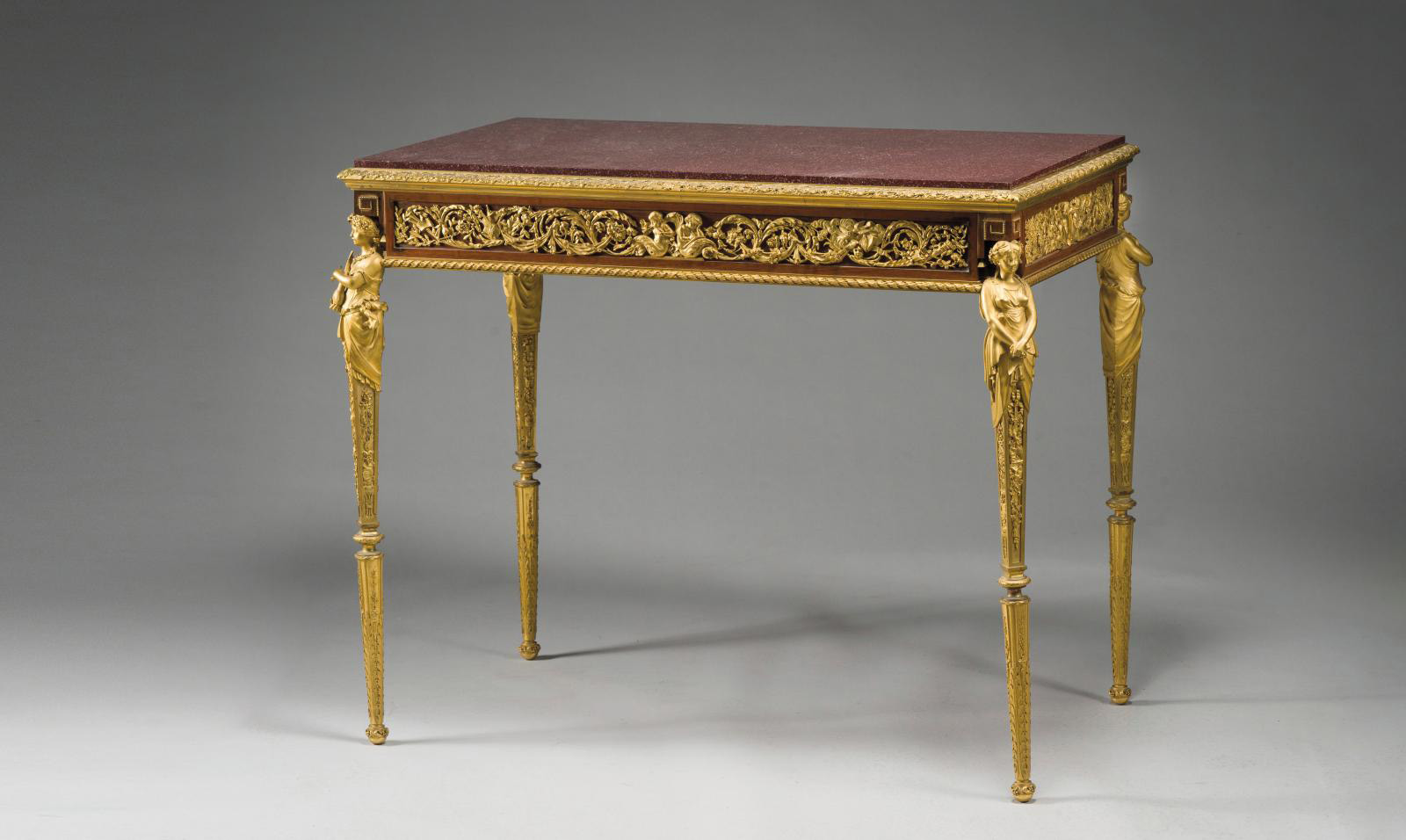 It was act 2 of the Pierre Lécoules Collection sale, after the first auction on October 9, 2019, featuring pieces from his store, which ended with total proceeds of €1,104,253. This time the contents of his apartment were in the spotlight. With his personal furniture, the Parisian dealer's keen eye had selected most of the great decorative arts masters from the second half of the 19th century, including Emmanuel Alfred Beurdeley (1847-1919), Joseph-Emmanuel Zwiener (b.1849) and Paul Sormani (1817-1877). This session saw the creations by cabinetmaker Henry Dasson take flight, notably with €103,900 for an airy cabinet secretaire with legs in the form of ibises—whose wings graced the cover of La Gazette—and €106,500 for the rectangular occasional table veneered in amaranth or “purpleheart” wood, a piece illustrating the very best of the Louis XVI style produced during the 19th century. Its four quiver-shaped legs sporting term-like caryatids, each representing an allegory of the arts—Music, Painting, Sculpture and Poetry—gave the name "Table des Arts" to the model presented for the first time at the 1880 Exhibition of French Industrial Products. It would be hard to find a more fitting example: the cabinetmaker demonstrated his talent to the hilt here. This copy is dated 1889, the year of the Paris Universal Exhibition, for which Alfred Picard (1844-1913)—also president of the juries for the event—wrote a glowing general report: "Mr. Dasson, whose universal credit defies all comparison, presents us with a remarkable exhibition in which the styles of Louis XIV, Louis XV and Louis XVI flourish with aplomb." Further on, he cites "his small Louis XVI table in old mahogany with a porphyry top and four legs formed by fine chased bronze statuettes". It is tempting to equate it with this model, this time acclaimed with €106,500.

The Hidden Treasures of the Banque de France
Newsfeed
See all news
San Francisco: New Bernice Bing Exhibition
Art Basel Miami is Shaping Up to Be a Memorable Edition
Mexico: Dealer Mariane Ibrahim to Open Gallery
Auction: Marilyn Monroe Is Once Again in the Spotlight
Not to be missed
Lots sold