The Last Splendors of the Crédit Foncier de France Collection

With Old Master paintings, objects, furniture and tapestries, a hundred-odd works are leaving the Parisian headquarters of this credit institution. The final splendors of an era. 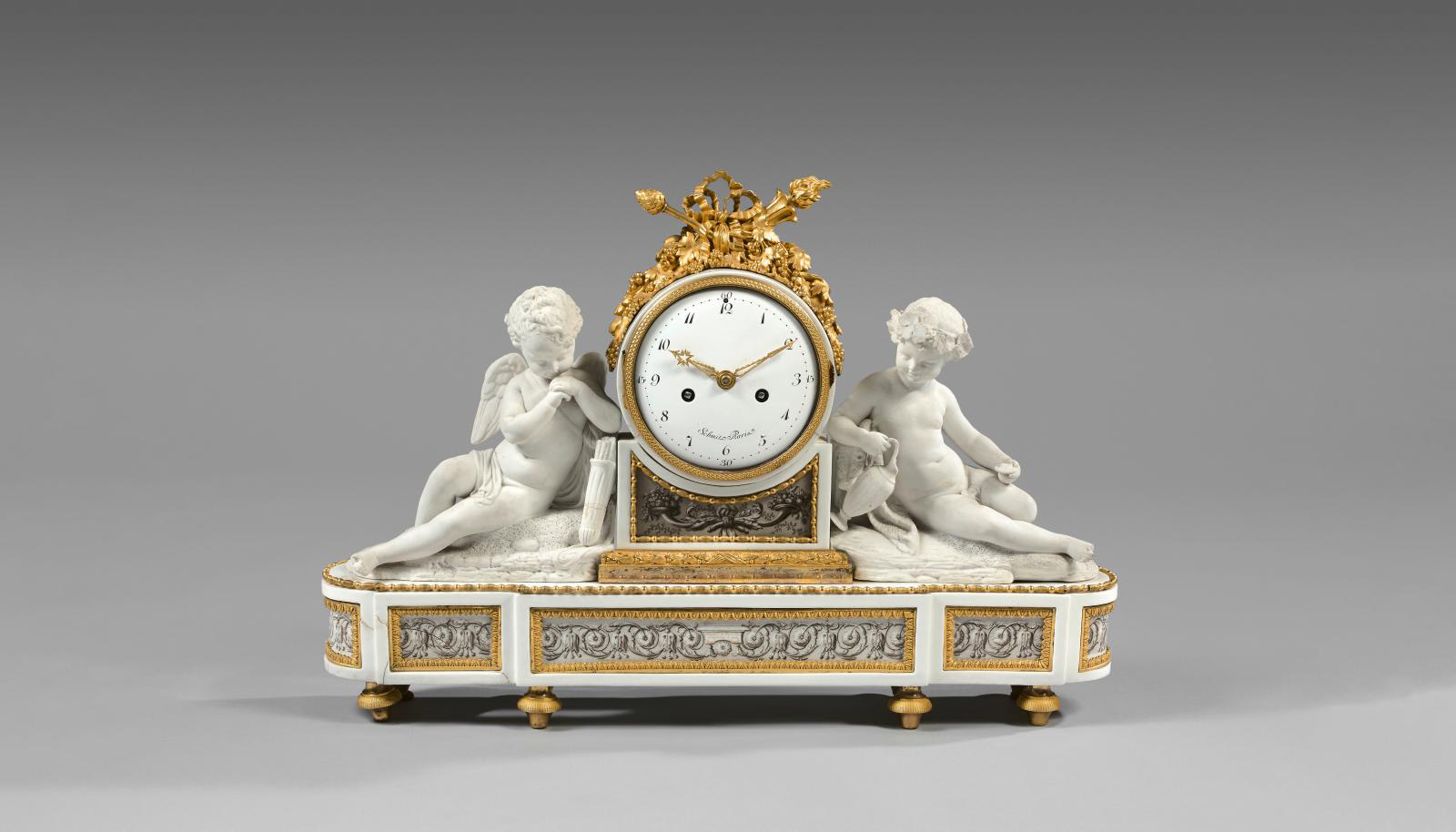 Today's sale may not be the first (the same auction house sold works from this provenance about ten years ago), but it is certainly the last. Crédit Foncier de France ceased to own its historic headquarters in Rue des Capucines in 2003, but remained a tenant until the last few months. The story began on February 28, 1852 with Louis-Napoléon Bonaparte's decree establishing credit companies to finance agricultural activities. A month later, the Banque Foncière de Paris was created, soon to be renamed Crédit Foncier de France. Over the years, its most important missions consisted of financing the work of Baron Haussmann (1853-1870), the construction of the schools planned by Jules Ferry, the modernization of the merchant fleet, and housing loans for buildings damaged in the Second World War.

Cessation of Activity
Development, expansion and diversification followed on in turn. But things went wrong in the mid-1990s with the real estate crisis. On June 25, 1999, Crédit Foncier was merged with the Caisse d'Épargne group and then with the Banques Populaires group, giving rise to BPCE. But in the spring of 2018, Crédit Foncier ceased its commercial activity. The Paris buildings at 17-19 Rue des Capucines were sold to the Emir of Qatar, the bank remaining a tenant of this building in the Opéra district. Ten-odd drawings, some by Guillaume Tronchet and Charles Mewes, others by the early 20th-century French school (€500/800) show the edifice built in 1726 by Michel Tannevot. Many of the newly enriched elite—financiers and farmers-general—had houses built in Place Louis-le-Grand, which later became Place Vendôme. François Castanier d'Auriac (1674-1759) was one of them. A native of Carcassonne, he founded a bank in Paris, and then became director of the Compagnie des Indes. Amassing a considerable fortune, which earned him the nickname of "the richest rogue in France", he narrowly escaped John Law's bankruptcy. In 1854, the Crédit Foncier moved into this vast Regency-style mansion, before also investing in the adjoining Hôtel des Vieux.

Portraits and Major Decorative Works
Around a hundred art works, acquired over a long period, were displayed in the reception rooms, a dining room and the governor's office. We start with the Portrait of Eleanor of Toledo and her Son by the studio of Agnolo di Cosimo, aka Bronzino (1503-1572). This panel echoes the one by the Mannerist master now in the Uffizi Gallery in Florence. The young woman (1522-1562), daughter of the Viceroy of Naples and wife of Cosimo I de' Medici, poses with her younger son Giovanni. Bronzino's work of 1545 is a perfect example of the princely portrait, and reflects the illustrious Florentine family's liking for craftsmanship in textiles and figured fabrics. Bankers of great influence, the Medici developed their textile trading business from the mid-15th century onwards. Bronzino, like the artists of his studio, had to meet the demands of their patrons. Here, the meticulous attention to detail and keen observation of the materials leaves nothing to chance: the young woman and her son are dressed in embroidered silk and purple velvet trimmed with fur. The panel here has a modest estimate of €20,000/30,000. We find the same motif and estimate for the portrait of Antoine Crozat by Alexis-Simon Belle, while the one of his wife by the studio of Jacques André Joseph Aved is quoted at €10,000/15,000. Meanwhile, the resolutely classical selection of objets d'art and furniture includes chandeliers with period or classical-style pendants, Louis XV wall clocks, candelabra, mirrors, chests of drawers with marquetry, sinuous consoles, virtually dozens of chairs and armchairs—and some fine clocks, including a model in biscuit and gilt bronze, sporting a Cupid with Bacchus. The face is by Jean-Nicolas Schmitt, and the porcelain by the Duc d'Angoulême's Paris factory. Founded in 1781 by Christopher Dihl and Antoine Guérhard, this produced pieces of a quality comparable to those of Sèvres, whose best workers it readily poached. When Guérhard died in 1791, it employed over 2,000 workers and had a string of illustrious customers, like the Duchesse de Bourbon and Governor Morris, the United States representative in Paris and porcelain buyer for George Washington, Josephine de Beauharnais and Napoleon. The factory was one of few in Paris created under the Ancien Régime to survive the Revolution. In a more spectacular vein, we find two impressive late 17th-century Brussels tapestries from the set of hangings known as the Tapestry of the Continents: Europe and America (€6,000/8,000). Commissioned by Antwerp dealer Naulaerts from painters Van Schnoor and Spirinx, this series originally consisted of four tapestries, each one identifiable from its indigenous peoples and animals. A fifth panel was later added, Australia, whose coasts were sighted by the Dutch in 1606, although the territory was only really explored by James Cook in 1770. A complete series is now in the National Museum of Ancient Art in Lisbon. Finally, on a more down-to-earth level, Crédit Foncier's mission is echoed in a set of ballot drums (with estimates between €300 and €1,200) used to draw lots for the beneficiaries of bond repayments in the 1900s.

The portraits of Antoine Crozat (1655-1738) and his wife, the Marquise du Châtel have had a very interesting career…for they have never been separated. The former, whose label indicates that it was painted in 1704, is the work of the Parisian artist and pupil of François de Troy, Alexis-Simon Belle; the latter is an antique replica of one by Jacques-André Aved (1702-1766). Kept until 1918 in the family's Château de Thugny in the Ardennes, these paintings then joined the collections of firstly Comte Aymard de Chabrillan, then the Comtesse de Caumont-La Force. Under the hammer of the Ader Picard Tajan auction house at Drouot on December 17, 1983, Antoine Crozat's portrait was knocked down for FF380,000 (€118,580 at today's value), and his wife's for FF80,000 (€24,964), to the Cailleux gallery, from which the Crédit Foncier acquired it. Who will be their next owners in a few days? Collectors, dealers and even museums are sure to be lining up, as a version by the studio of Alexis-Simon Belle is now in the Museum of the Château of Versailles, while the one of Madame by Jacques-André Aved belongs to the Musée Fabre in Montpellier. Marie-Marguerite Crozat, born Legendre d'Armeny, shown working on her tapestry, married Crozat in 1690. A prominent financier and trader, he was the son of Marc Antoine Crozat (1624-1690)—a merchant banker in Millau and a municipal magistrate in Toulouse—and the brother of Pierre Crozat, Treasurer of France, friend of Antoine Watteau and a famous collector, part of whose works are now in the Hermitage Museum in Saint Petersburg. A key figure of his time, despised by his contemporaries for his plebeian origins, Antoine Crozat made himself indispensable to Louis XIV, who gave him the proprietorship of Louisiana. Greatly enriched through the maritime trade and various lucrative deals, "the richest man in France" according to Saint-Simon (who loathed him), is almost entirely forgotten today. Nicknamed "Harpagon" at the end of his life, he owned several châteaux and two private mansions in Place Vendôme (one houses the Ritz, the other the Hôtel d'Évreux), and financed the building of the Élysée Palace in 1720.
DRAWINGS AND PAINTINGS - CERAMICS - ART OBJECTS AND BEAUTIFUL FURNISHINGS - TAPESTRIES AND CARPETS
Salle 5-6 - Hôtel Drouot - 75009
Beaussant Lefèvre & Associés
Info and sales conditions
Catalogue

One Collection, Three Preemptions
Not to be missed
Pre-sale