The Gospels According to Bruegel, and Botany with Buffet

Three days of sales saw a parade of musical instruments by famous luthiers, paintings by Old Masters and modern artists and, as the icing on the cake, some pieces by a ceramics magician making their debut. 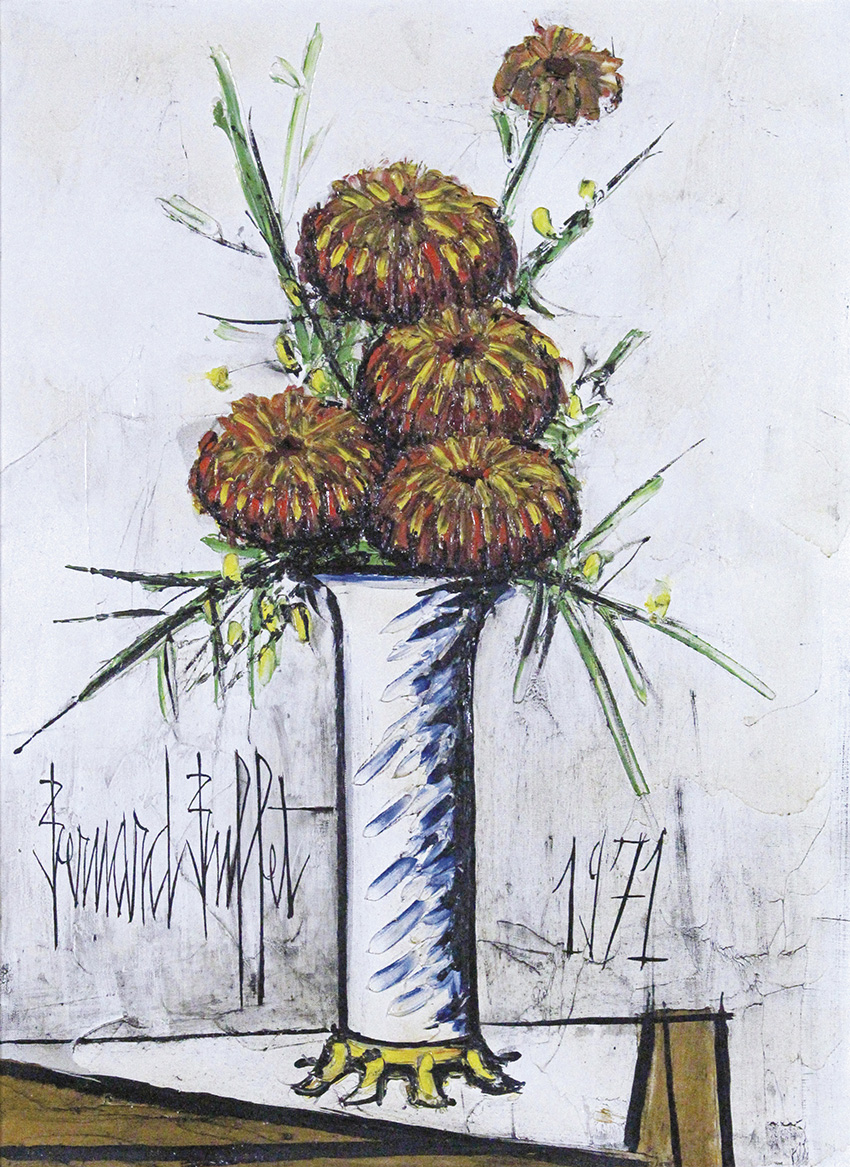 On July 13, the focus was on a variety of paintings, where this Vase of zinnias on a white background by Bernard Buffet made a fine showing at €91,200. This oil on canvas, signed on the bottom left and dated 1971 (73 x 54 cm, 2.3 x 1.7 ft), came with a certificate from Maurice Garnier dated March 8, 1991. Incidentally, it was bought by its most recent owners at the Sévigné gallery, Vichy, on May 26,1971. A more classical painting also held deep appeal, as witness the €58,800 that went to a Christ as a Gardener: Noli me tangere, painted by Jan Bruegel the Younger (1601-1678) with a contribution from the studio of Peter Paul Rubens. This cradled panel (61.5 x 100.7 cm, 2 x 3.3 ft) bears marvelous witness to the many collaborations between Flemish artists of the time. On July 14, a joyous selection of pieces by the talented Georges Jouve came up, and all found buyers. One remarkable work was a spherical vase with a straight neck and base, and a belly carved in relief in polychrome glaze on a black background (h. 32 cm, 1.04 ft), which went for €9,600, while a cylinder vase with a bright orange and black glaze of c.1965 (h.33 cm, 1.08 ft) fetched €4,080.