The sale of the unique collection of costumes assembled by this enthusiast was eagerly awaited, as several pieces were of undeniable museum quality. 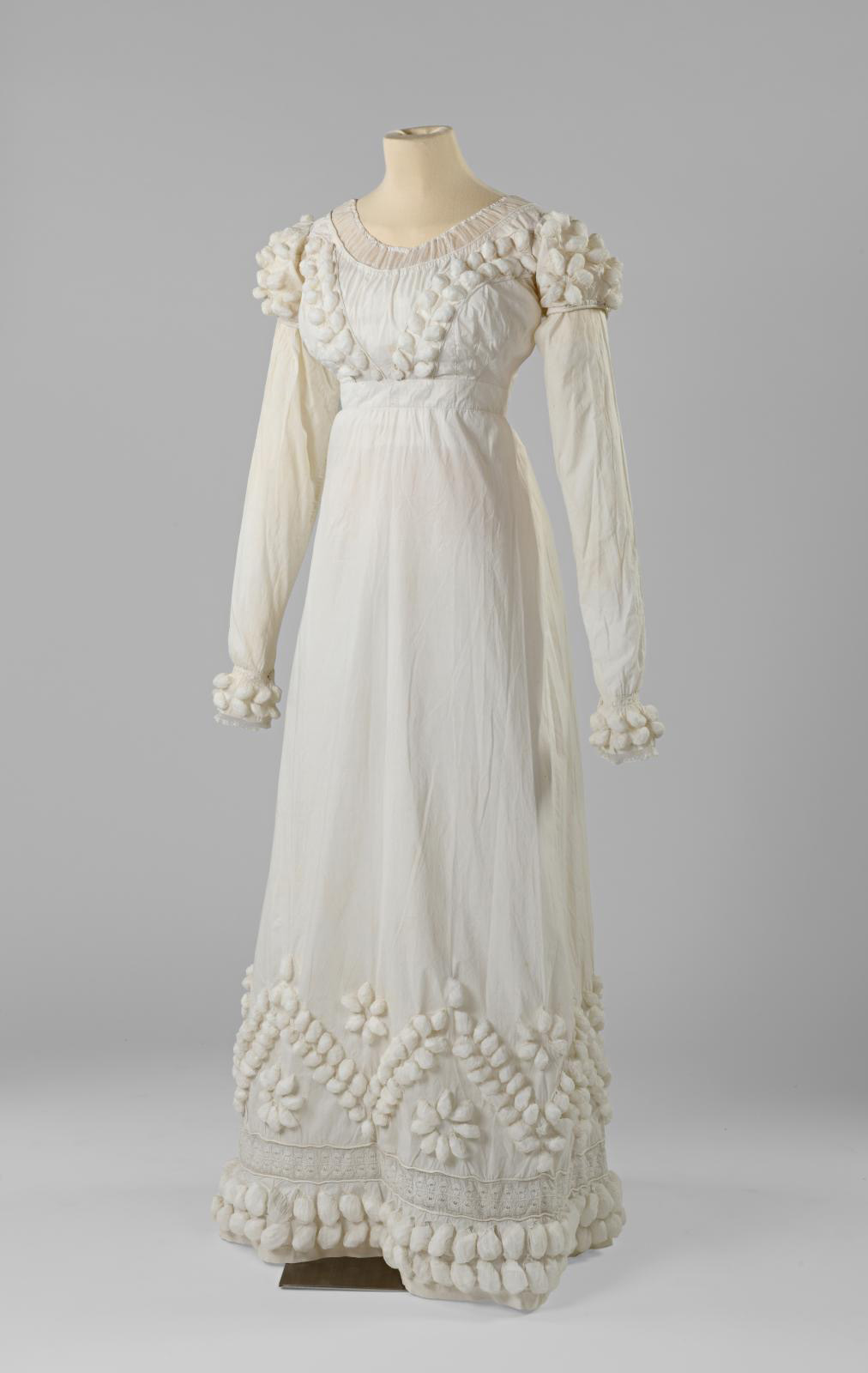 To everyone's surprise, the star of this timeless fashion show turned out to be a neo-classical dress from the First Empire, more precisely from around 1810. In a mix of white cotton and muslin, the gown with its customary high waist features a round neckline, a sash to fasten it and long sleeves with small puffs. In excellent condition, it garnered €21,500 after a high estimate of only €1,800. It stole the show from a French-style ceremonial court dress with imposing paniers in silk brocade with gold and silver thread, dating from 1770/1780, with an estimate of €12,000/15,000. Indispensable for any evening at Versailles, it finally fetched €18,500. One of its counterparts from between 1780 and 1790 – not as heavy, as it was made in a "Mexican" taffeta embroidered with bouquets and roses - was sold for €10,100. A slightly earlier Louis XV mantua à la polonaise in "chiné à la branche" taffeta (similar to ikat) pinned in the English style over the breast went for €10,200. In exchange for €9,800, we moved into the 20th century with a Paul Poiret haute couture sequin and embroidered pearl evening gown, ca. 1921-1922.  Featuring stylised rose motifs by Raoul Dufy for Atelier Martine, this was entirely embroidered with iridescent black sequins and glass beads. Meanwhile, a contemporary dress attributed to Madeleine Vionnet sported Greek frieze and horse motifs on a black silk crepe background (€9,000). Several specialist French and foreign museums seized the opportunity to add to their collections, like the Musée des Arts Décoratifs in Paris, which for €2,300 pre-empted a gold lamé evening gown from around 1935, possibly by Vionnet, and the Musée d'Art et d'Histoire d'Orange, which acquired a sack-back gown (€5,750) in fine woodblock-printed Indian cotton. This had retained its original finish... since 1785.

Juliette Récamier: The Art of Style
Not to be missed
Lots sold