The legendary 1113 chassis recalls Ford’s glory days at the Le Mans, where it won many races. 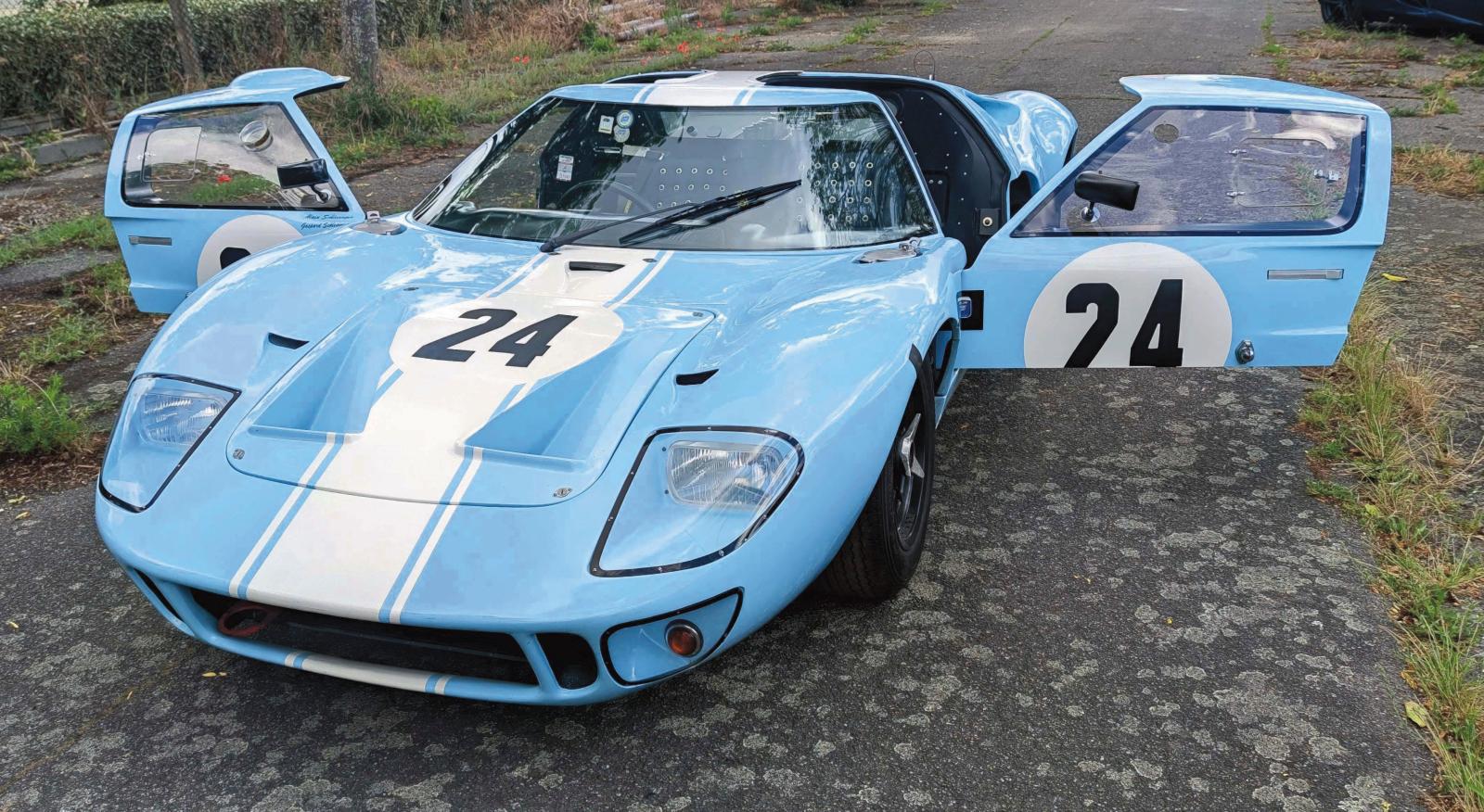 The history of the GT40 is closely linked with the 24 Hours of Le Mans. In the early 1960s, Henry Ford II wanted to produce a car that could beat Ferrari’s automobiles, so Englishman Eric Broadley designed the GT40 in 1964, which won the race every year from 1966 to 1969. Several models were made during this period: the Mk I, Mk II, Mk III and Mk IV. It is worth noting that in 1968, Ford, seeking to make its investment profitable, sold the Mk III as a road car. But driving problems led to a commercial failure and spelled the end of the GT40. The GT40 presented at this sale was built about 1968-1969 as a back-up for the 24 Hours of Le Mans, but it has a chassis from the Mk III, which was similar to the Mk I’s. It was never used at that time. The 1113 chassis is referenced in the official GT40 catalog. Just seven to nine Mk IIIs were made, in the form of a chassis at least, between 1967 and 1969. Afterward, the remaining chassis, which, unlike today, were not at all in demand or desirable as an investment, were sold off. This one was sold in the United States in 1970 or 1971 as a “bare chassis plus parts”. In 1974-1975, it resurfaced as a “unibody chassis plus parts to finish”. In 1978, it was bought by a greek collector who equipped it with a Cosworth DFV engine, a Hewland gearbox and large wings and wheels. In 2003, Alain Schlesinger acquired the car, which by then was in poor condition. It was restored by prototype specialist Jacques Bourgoin in Poitiers. In 2006, it rolled out of his garage in an MK I configuration complying with Ford’s 1966 specifications, with a 405 hp engine, ZF gearbox and unventilated brakes. Since then, it has regularly been in the lineup of major historical races, where it has won many times.