For its reopening, the Lyon Musée des Beaux-Arts is staging an exhibition full of discoveries and surprises: a unique opportunity to explore the collaborative creative process of three 19th-century brothers who were artists and partners. 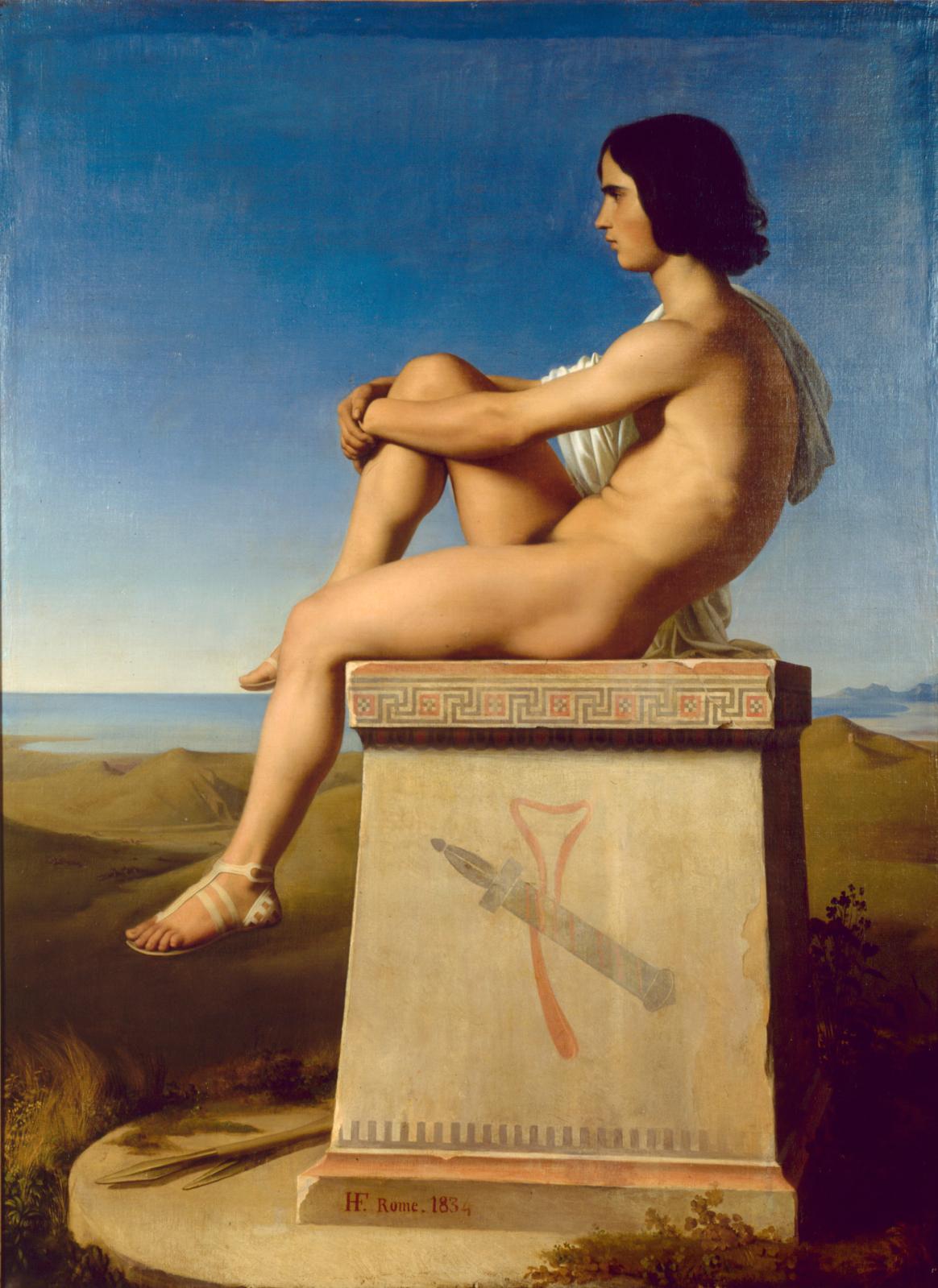 What does the name Flandrin mean today? Some might think of the decoration in the Church of Saint-Germain-des-Prés in Paris and the Basilica of Saint-Martin d'Ainay in Lyon, or the Jeune homme nu assis sur un rocher, au bord de la mer (Young Naked Man Seated on a Rock by sea) in the Louvre, now an icon even if we still don't know which brother painted it. In any case, the Lyon Musée des Beaux-Arts has done splendidly in (re)discovering the art of Hippolyte Flandrin—a much-acclaimed painter in his time—and his two brothers, Paul and Auguste. These truly self-made men were forgotten with the arrival of the 20th century: collateral victims of the decline of academic art. One of the exhibition's many virtues is to show that they cannot be confined to this movement.

As the culmination of lengthy research and recent discoveries, it provides a completely new take on the art of the Flandrins. Stéphane Paccoud, one of the two curators, stresses "our amazing luck in having access to comprehensive documentation, through archives that have still largely remained in the family. A highly generous family of artists." Very unusually, half of the 300 paintings, drawings and photographs presented come from private collections and have never been shown before. Also remarkable is the immersive projection of the Parisian Church of Saint-Germain-des-Prés, interior, enabling various details to stand out as never before.

The exhibition's great merit is that it draws visitors into the intimate world of the Flandrin brothers, highlighting the affection and partnership that bound them together and their collaborative method of working. Auguste, Hippolyte and Paul (in order of age) constantly supported and encouraged each other in representing themselves and creating together, starting from their studies (in Lyon, Paris and Rome) and continuing throughout their careers. According to Elena Marchetti, the retrospective's other curator, "their mutual portraits and self-portraits are a key to the bonds uniting them and for understanding the balance and dynamics of this extraordinary artistic triumvirate." Beyond the siblings, this collaborative way of working, based on the expression of feeling, was true of their entire artistic entourage, from Dominique Ingres, their artistic mentor, to the close collaborators and students of the "Flandrin circle" who safeguarded their posterity. One was the Lyon artist Louis Janmot, who opened a studio attended by Edgard Degas.

Another effective approach is the thematic hang emphasizing the diversity of the Flandrins' work, including some totally unknown aspects like the landscapes of Auguste and Hippolyte, and the latter's series of sensual, enigmatic women. Each brother had his own interests, talents and elective affinities. Auguste was the portraitist of the Lyon bourgeoisie, Paul an ardent landscape painter and Hippolyte a protagonist in the revival of monumental decor.

The Musée des Beaux-Arts thus provides an in-depth, complex picture of the Flandrin brothers. Immersion in their daily lives and collective creative process shows them as men of their time in phase with the creative ferment of the 19th century. As seasoned watercolorists, they were also fascinated by photography, of which they made good use, a far cry from stereotyped views of academic art and strait-laced history painting.

A Mysterious French School Violinist
Newsfeed
See all news
Bonhams Opens Salesroom in Paris
Dutch Monument to Those Murdered by the Nazi Regime Opens – But Also Meets Opposition
Giant Violin Floats Down Venice’s Grand Canal
Picasso Exhibition to Finally Open in Toronto in Early October
Not to be missed
Exhibitions
The New Woman Behind the Camera
Now at the Metropolitan Museum in New York and then on to the National…
Exhibitions
Gardens at Giverny, from Monet to Bonnard
Composed, like a huge bouquet of about a hundred paintings, drawings,…
Exhibitions
The Giacomettis, a Family of Creators
We all know that Alberto Giacometti was talented, but what do we…
Exhibitions
In Arles, Vincent van Gogh’s Late Paintings Are Reimagined…
At the Fondation Vincent van Gogh Arles , the American artist Laura…