The Éléphanteau Armchair by Jean Royère: An Icon of Post-War Design

This model illustrating the fluid, organic forms of Jean Royère is one of the French designer's iconic pieces, along with the Ours polaire (Polar Bear). 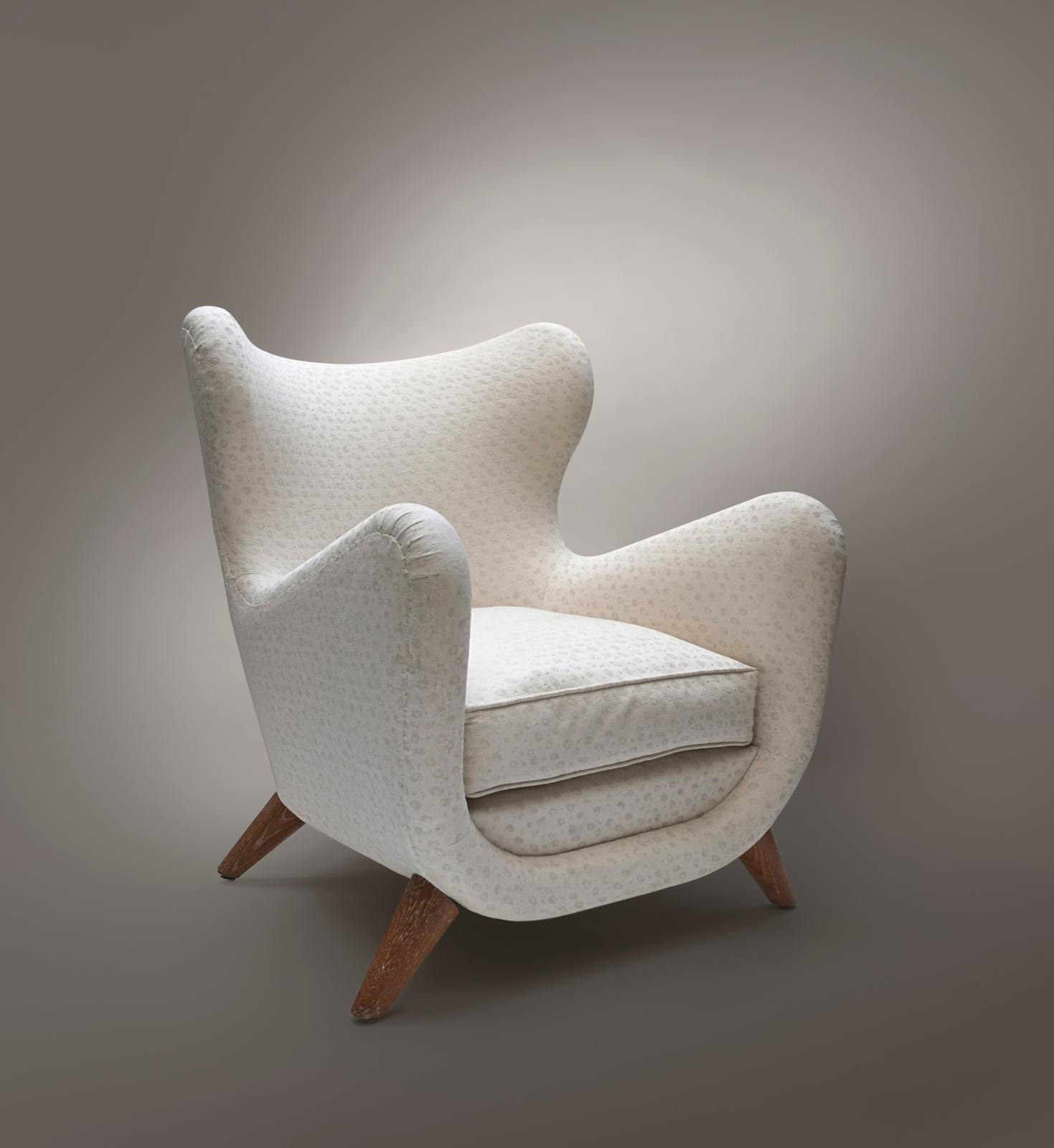 Presented in 1939 at the Salon of the Société des Artistes Décorateurs and the exhibition "From idea to form" staged by the Porza Association at the Palais Galliera in Paris, the Éléphanteau (Baby Elephant) chair laid the foundations for Royère's style. All curves and biomorphic lines, the seat features two “ears” on each side of the back, explaining the analogy with the elephant. On the strength of his success, the designer embarked on a quest for regularity and balance, reminiscent of the forms developed by Jean Arp at that time, particularly in sculpture. In the same way as the Dadaist’s "Concretions", Royère’s furniture blended into the space in which it stood. In addition, his pieces were often conceived as part of a whole, integrated into groups composed of accessories and lights with an often plant-like feel, like his famous Liane (Creeper) lamp.

Standing on conical legs, the Éléphanteau armchair seems to consist of a single line: a sort of closed-loop in perpetual motion. Though the seat was initially designed as an armchair, a sofa was later made in this model at the request of a Middle Eastern customer in 1951. These simple, natural forms reminiscent of Scandinavian furniture became recurrent in their creator’s vocabulary. They are found in another model, one of the most iconic in post-war design: the Boule sofa, also known as the Polar Bear, whose absence of any visible framework made it a total innovation for the late 1940s.

Also created in 1947, the metal table called Flaque (Puddle), exhibited at the 1954 Salon des Arts Ménagers, completed this flagship trio by Jean Royère: an ensemble that finally did away with any traditional elements. Minimalist yet poetic, the creations of the man who abandoned a banking and exporting career at 29 expunged all ornamentation in favor of functionality. The legacy of the French designer reached far beyond France. When Jacobsen created his masterpiece, the Egg chair, 20 years later, he surely had the Éléphanteau’s free, minimalist but ergonomic forms in mind. These playful objects free of technical and formal constraints quickly became timeless, as witnessed by the market's enthusiasm—especially in the last two years—for both the Ours polaire and the Éléphanteau. A good omen for the pachyderm here.