general Eisenhower’s former HQ in Reims has gotten a makeover. Repurposed as Piper-Heidsieck’s family home, the hôtel particulier (townhouse) intersects with the ambitious history of champagne houses and the renewed history of an architect of historical monuments. 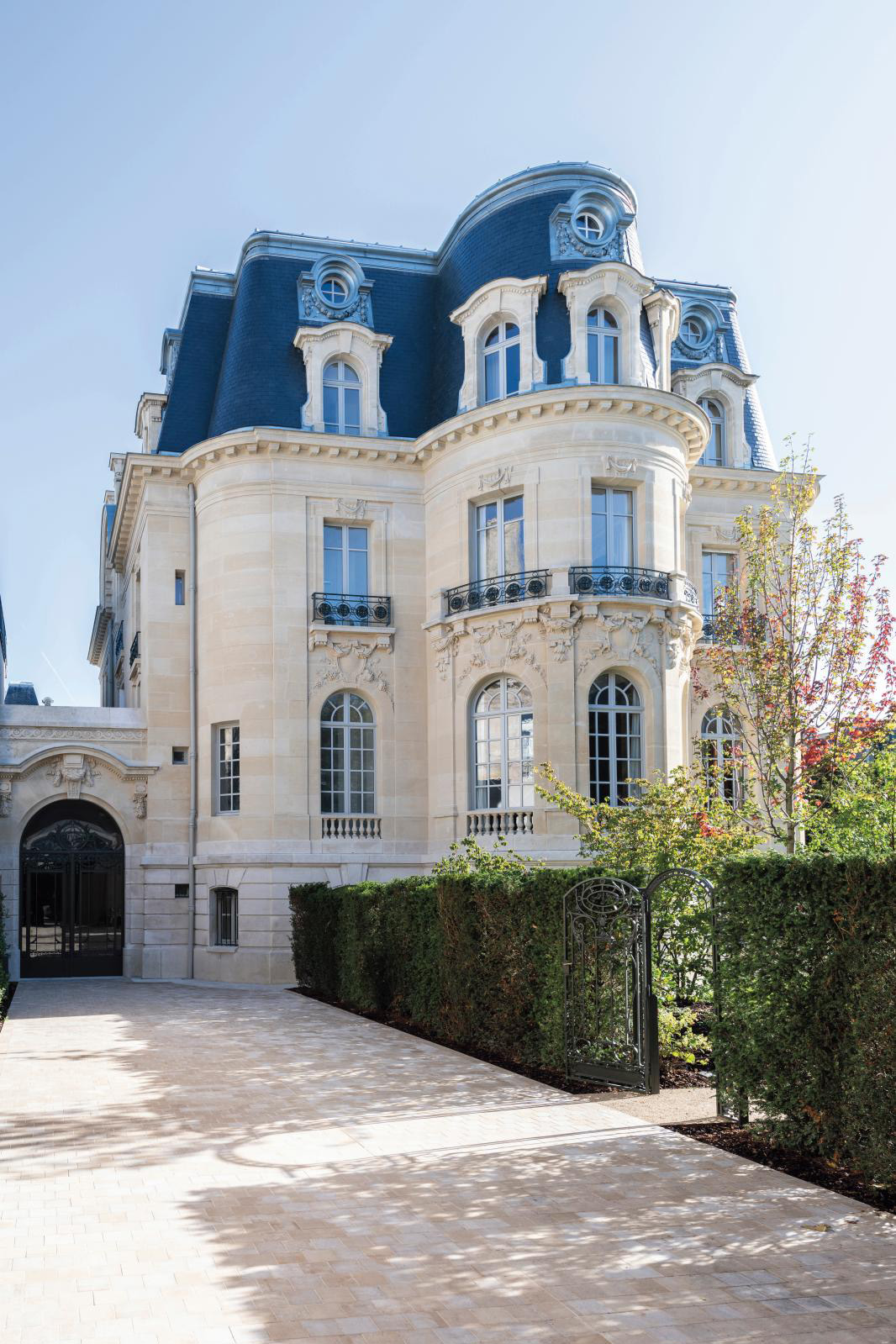 Lined by trees and lavish mansions, Boulevard Lundy is a symbol. Named after a fabric merchant who was a major donor to the Reims Musée de Beaux-Arts, the thoroughfare was created in the last quarter of the 19th century thanks to the city's major business owners and entrepreneurs who, eager to flaunt their wealth, built their homes there. Fabric manufacturer Rose-Croix Godbert’s mansion and those of Paul Pigeon and Albert François, administrators of the Reims docks, stand alongside champagne houses. Veuve Clicquot’s descendants lived in the Louis XVI-style Hôtel Werlé until it was bought by Louis Roederer in 1905. The Hôtel Brimont, built in 1897 for Viscount André Ruinart de Brimont, vice-president of the very first brand, has belonged to Champagnes Jacquart since 2009. Taittinger plans to set up its foundation in a mansion on the boulevard to showcase its cultural patronage policy. Wanting to become part of this history, Piper-Heidsieck, founded in Reims in 1785, bought the Hôtel Mignot six years ago. In 1911, it was built in the grand style by François-Adolphe Bocage for Édouard Mignot, owner of Comptoirs français. The building will become the brand’s "private residence" for distinguished guests, who will take organized tours of the cellars, the cathedral and the crayères, former chalk quarries that have been in use from Antiquity until today, which offer ideal conditions for aging champagne. There is nothing new about this undertaking, whose roots lie in the dynamics set in motion by Unesco’s listing of the Champagne vineyards in 2015 and the ensuing wine tourism boom. In 2019, Moët & Chandon, which also owns the Trianon residence, renovated the Château de Saran, built a century earlier for Jean-Remy Moët. The Château de la Marquetterie, an early 18th-century manor house and symbol of Taittinger since the 1930s, is a short distance away near Épernay. The Belle Époque also deserves mentioning: the Perrier-Jouët house is an Art Nouveau masterpiece.

The Soul of a House
How can the soul of a family house be built from scratch? The weight of the past haunts the Hôtel Mignot, which General Eisenhower, the supreme commander of the Allied forces, occupied from February to May 1945. After its founder’s descendants sold the property in 1957, it was divided up into many humdrum apartments and offices. “It’s hard to imagine that until recently the majestic ballroom, its columns and stucco decorations were a warren of apartments and bathrooms,” says Annelies Pieters, the owner, referring to the work of Chatillon Architectes, best known for its interventions at public institutions like the Musée Carnavalet in Paris and the Château de Ferney-Voltaire in the Ain. François Chatillon’s agency was hired in 2017. His expertise in restoring heritage sites ensured a rigorous historical recreation, while his daughter Sarah Chatillon, an interior designer and art buyer, adapted the site to contemporary needs. The first phase involved restoring the original layout of the 1,200 square meters (12916.6 sq ft): a ground floor for services (kitchens, concierge, breakfast room and tasting rooms), a noble floor for entertaining and reception rooms (ballroom, offices, smoking room, etc.), a second floor for the family suites and the top floors, for which a zenithal glass roof and a glazed patio have been created for guests and staff. A major cleaning revealed original decorative features—parquet floors and 1900 tiles featuring lotus motifs, mostly preserved but hidden by subsequent accretions. Research into the topographical collection of the Musée Le Vergeur, the municipal archives and those of Maurice Clauzier, who divided up the mansion in the 1950s, have allowed missing features to be recreated: the woodwork of general Eisenhower’s office, the ballroom columns, the main staircase’s stained glass windows, etc. The historic elevator, considered the first private one in Reims, was restored and put back into operation with its original decor.

Art and Architecture
Once the building was put back into its historical context, it had to be decorated. “The discovery or rediscovery of the original decor, on-site or in the archives, was the starting point of my intervention,” says Ms. Chatillon. “I had to respect the site’s inherent architectural and decorative eclecticism, which mixes neoclassicism, Art Deco and the Louis XVI style while recreating the atmosphere of a family home, not a museum.” Thus, each space was named after the inhabitants. Ms. Chatillon, an École du Louvre graduate with close ties to the art market, scoured auction houses and galleries. Amidst recreated wood paneling, the few remaining pieces of family furniture, which have been reupholstered, dialogue with Knoll sofas, reissues signed by Le Corbusier and Prouvé, prints by François-Xavier Lalanne and Marie Hazard and paintings on wood by Benjamin Navet and Amsterdam-based German artist Brian de Graft. “I wanted to mix things up, support young artists and introduce the owners to the art world,” says Ms. Chatillon. “They aren’t collectors strictly speaking, but eager to discover new things. Contemporary art is a world apart. It’s hard to penetrate it if you don't have any background in it. I hope I’ve been able to build a bridge.” Contemporary art is in dialogue, like an embossed leather bar whose organic motifs echo the ballroom’s decor. This may seem surprising for a firm specializing in historic monuments, but combining periods has become its trademark. Chatillon Architectes teamed up with their Norwegian counterpart Snøhetta for the contemporary renovation of the Musée Carnavalet and with the Paris agency Sahuc & Katchoura for the Hôtel de Coulanges in 2016. With a few years to go before retiring, Mr. François Chatillon is preparing his firm for the departure of its chief architect of historic monuments and public tenders. The project’s singular character, therefore, marks the start of a new phase. The work performed and the safety and public reception standards are identical, but “the client relationship is very different,” says agency director Élise Quantin. “Physical persons embody the project. They have a personal vision and an emotional attachment to the building. The sought-after family atmosphere allowed us to explore avenues seldom taken by public contracting authorities: more sensitive paths”.