Two major shows, one at the Musée de Grenoble in 2004, the other at the Monnaie de Paris in 2008, have already featured this collection of African art brought together by the Parisian contemporary art gallerist couple. A first auction at Christie's in June 2018 confirmed interest in the works, netting €6.2 M, slightly less... 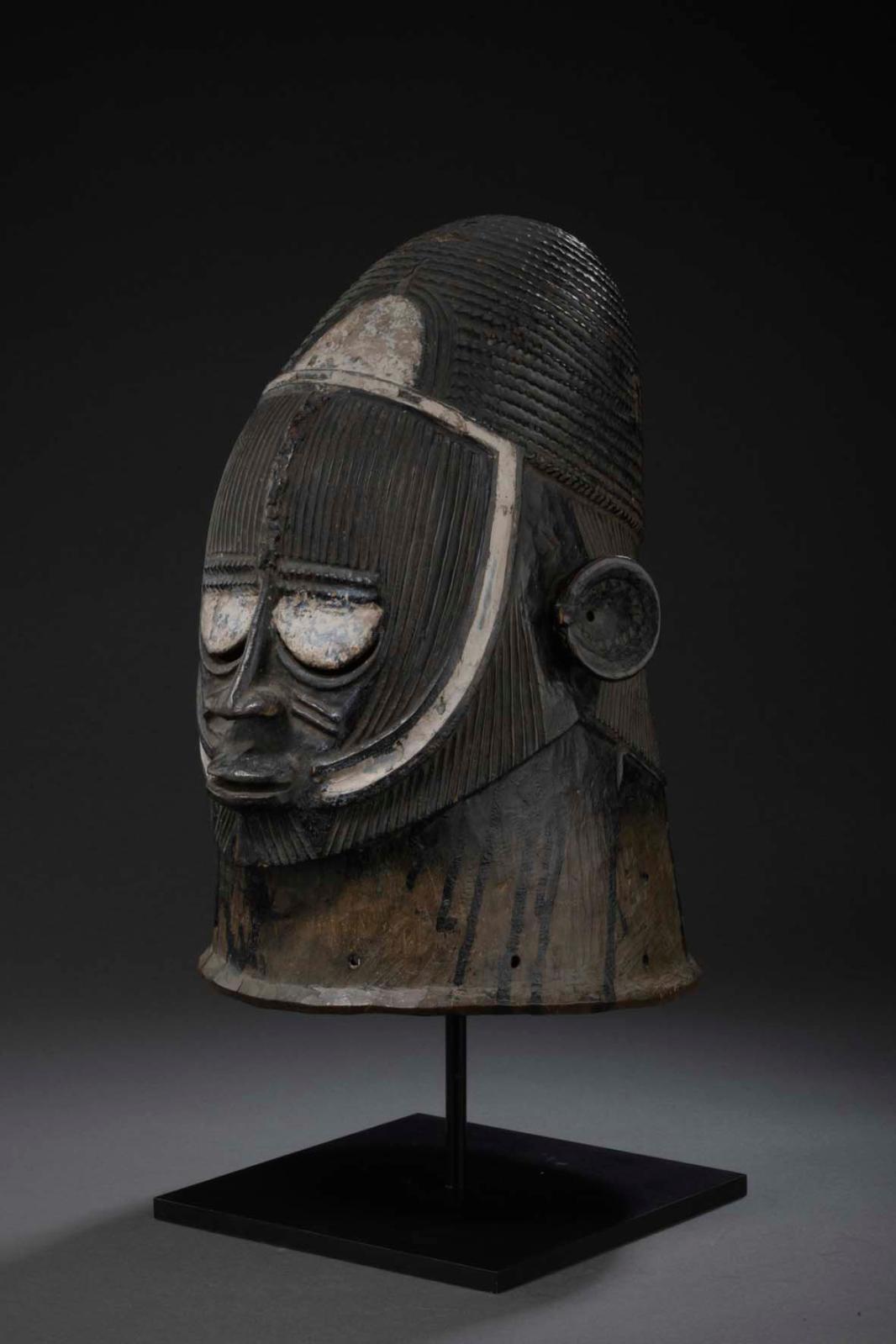 Two major shows, one at the Musée de Grenoble in 2004, the other at the Monnaie de Paris in 2008, have already featured this collection of African art brought together by the Parisian contemporary art gallerist couple. A first auction at Christie's in June 2018 confirmed interest in the works, netting €6.2 M, slightly less than the low-end estimate, with a Mbembe statue from Nigeria fetching €1.9 M. Many items offered at Drouot today for the second part of this 192-lot dispersion are from that country. Some, such as a tall terracotta Nok statue dated by thermoluminescence to between 500 BC and 500 AD, stretch very far back in time (€15,000/30,000). Among the wide variety of masks (Mgbedike Ibo, Idoma and Cross River, with their specimens in hide), a black and white Agba Igala mask-helmet stands out for its graphic power (€15,000/25,000). Mali, particularly the city of Djenné, is also represented in the collection. The highest estimates are for its archaic terracotta sculptures, including a very impressive statue of a kneeling woman from the 12th-16th century (€30,000/60,000). Her body is covered with snakes, some of them slithering out of its orifices. Said to be one of the most accomplished works of its kind, the statue will surely rival a mythical Bankoni animal from the 12th-17th century nearly 94 cm tall, a rarity (€40,000/80,000). The ritual use of these sculptures, which first appeared on the market at the 1991 Kuhn collection sale in Los Angeles, remains shrouded in mystery. Liliane and Michel Durand-Dessert share a taste for time-worn objects with the great Belgian collector Baudouin de Grunne, whom they met at his Wezembeek estate in the 1980s. The Bongo and Moro funerary poles from Sudan, bearing the effigy of the deceased, are vertically striated and some of the Moba altar statues have been entirely re-carved by erosion. It is hard not to think here of Giuseppe Penone, whose work the gallerists ardently promoted alongside that of other figures from the arte povera and conceptual art movements. They certainly have a good eye.