With eight paintings and one drawing ranging from Delacroix to Édouard Vuillard, the “Discoveries II” exhibition showcases the Duchemin Gallery’s latest discoveries in Paris. 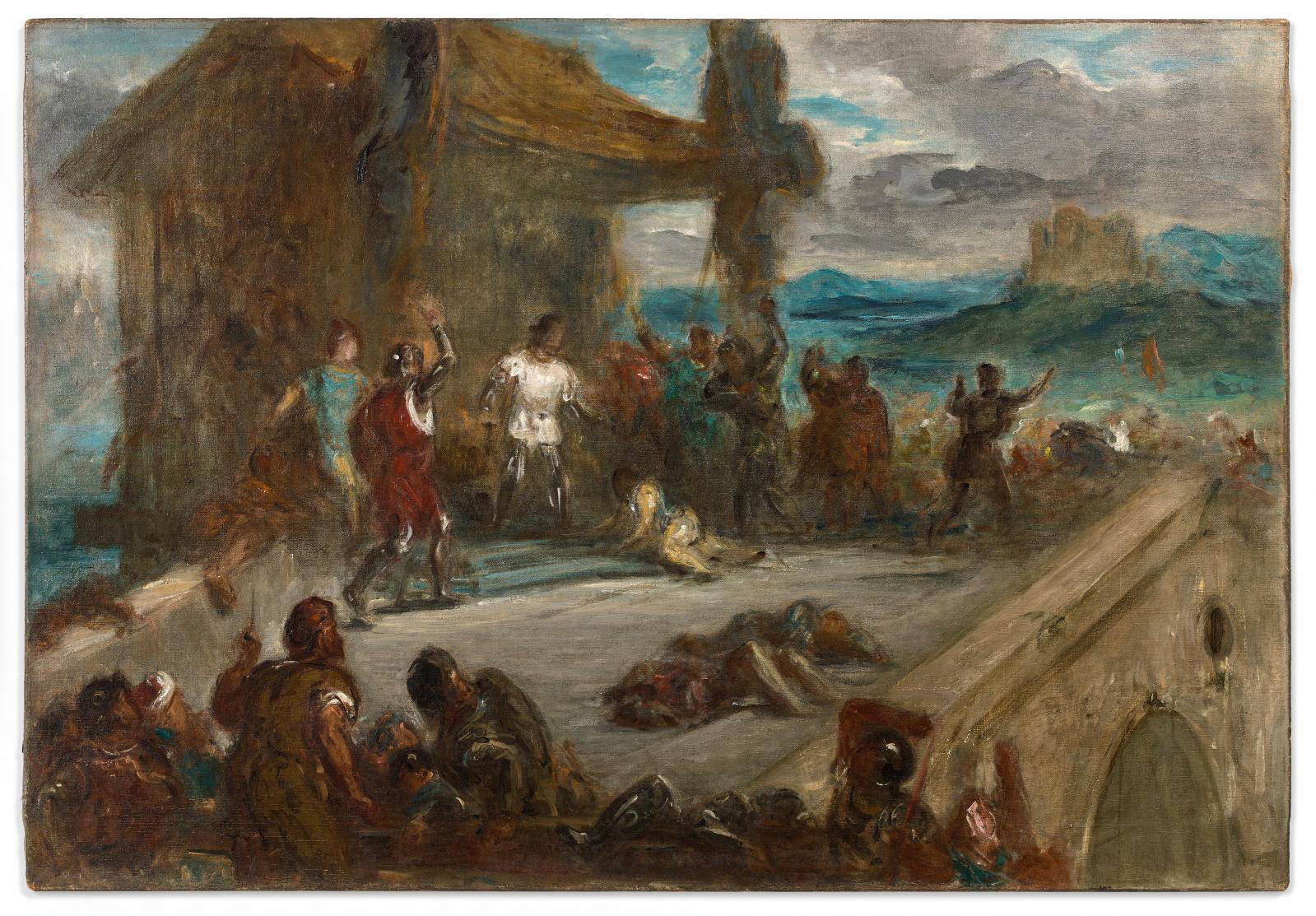 Hubert Duchemin and his team are risk-takers. They not only track down previously unnoticed paintings by masters and mistakenly attributed drawings, but also carry out sometimes painstaking research to authenticate their finds. The gallery’s greatest glories include the discovery in 2012 of a Fragonard drawing featuring sketches of all his whimsical figures, and a miniature replica of La Grande Odalisque by Ingres in 2014. The eight paintings and one drawing in "Découvertes II" offer a survey of the Duchemin Gallery’s latest intuitive good choices. It starts off with The Stoning of Saint Stephen by Jan Pynas, sometimes considered one of Rembrandt’s teachers. But the similarity of a painting of the same subject by the young Rembrandt (now in the Lyon Museum of Fine Arts) to this one by Pynas, which has just reappeared, is likely to prompt fresh research into the relationship between the two Dutch painters. A sketch also stands out for its brilliance and up-and-down fortunes: disproving what was once thought, reflectography and pigment analyses demonstrate that the work was not painted over, and the main Delacroix specialists now back its attribution to the artist. A tempera from later on by Paul-Élie Ranson, striking for its vibrant line and palette reduced to the essential, shows women doing their hair, accompanied by a cat and a swan: an illustration of the decorative potential of the Nabis in its best light. Reflecting the highest standards and taste, the rest of this fine selection includes works by Robert Le Vrac Tournières, Eugène Boudin, Théodore Rousseau, Georges Jules Bertrand, Théodule Ribot and Édouard Vuillard.