The Delectable Works of Wayne Thiebaud

American artist Wayne Thiebaud (1920-2021), a precursor of Pop art, wanted "oil paint to resemble meringue". Encased Cakes is a work of summertime sweetness, imbued with the nostalgia of a childhood spent in California. 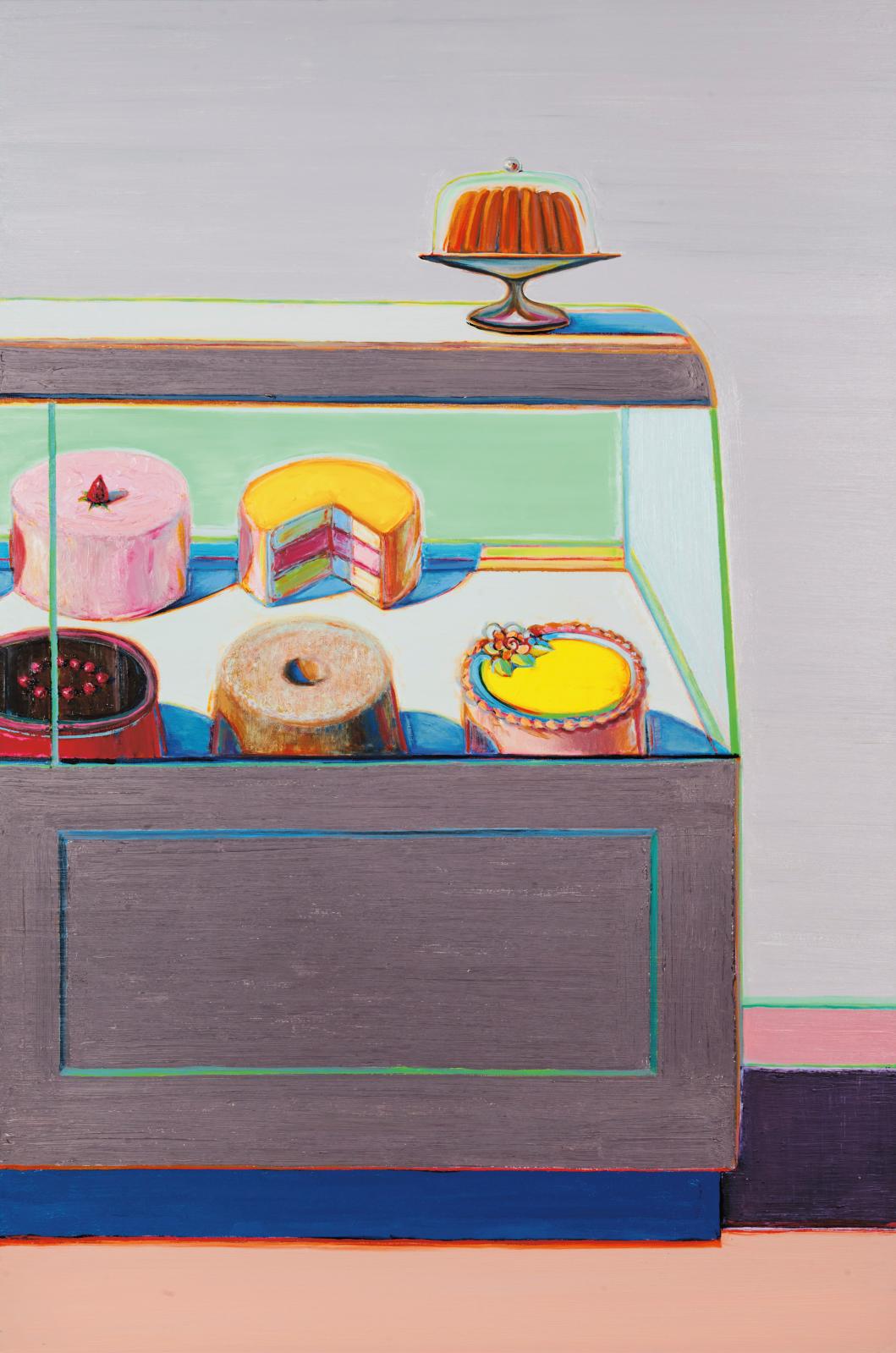 Encased Cakes perfectly embodies Wayne Thiebaud's life path: a true end-of-career masterpiece. The painting encapsulates the compositional geometry of the 1960s, the pop colors of the 1970s, and the multiple angles of the 1990s. The mischievous-spirited artist bowed out from this world ten years later, on Christmas Day. The painter's obsession with cakes, sandwiches, ice cream and candies began in the 1960s. Following the advice of Willem de Kooning, who exhorted artists not to "make painting look like art," Thiebaud seized on the geometry of desserts— triangles, circles and squares—, combining them in various vertical and horizontal perspectives. This abundance of sweet things, evoking the richness of American culture and the consumer society, linked Thiebaud with the Pop art movement, though that was not really his intention. In this work, the image is divided into different blocks by vertical and horizontal lines, emphasized by the colored planes of the side and back windows of the bakery counter. The gap in the upper right corner—as if someone had just bought a cake—hints at a broader narrative. And, to prevent this empty space from throwing the whole picture out of balance, Thiebaud places a warm coffee-toned pastry on the cabinet. This clever spatial arrangement with a rainbow effect conceals the strict classical rules of geometric composition: the artist's signature. Thiebaud created only a few cake counters, in the 1960s, 1990s and 2010s. Of these, Encased Cakes is the only extant specimen in portrait format and one of only two that has gone to public auction. Its counterpart, dated 1962, was last seen at Christie's in New York in 1997, when it sold for $1.7 M.