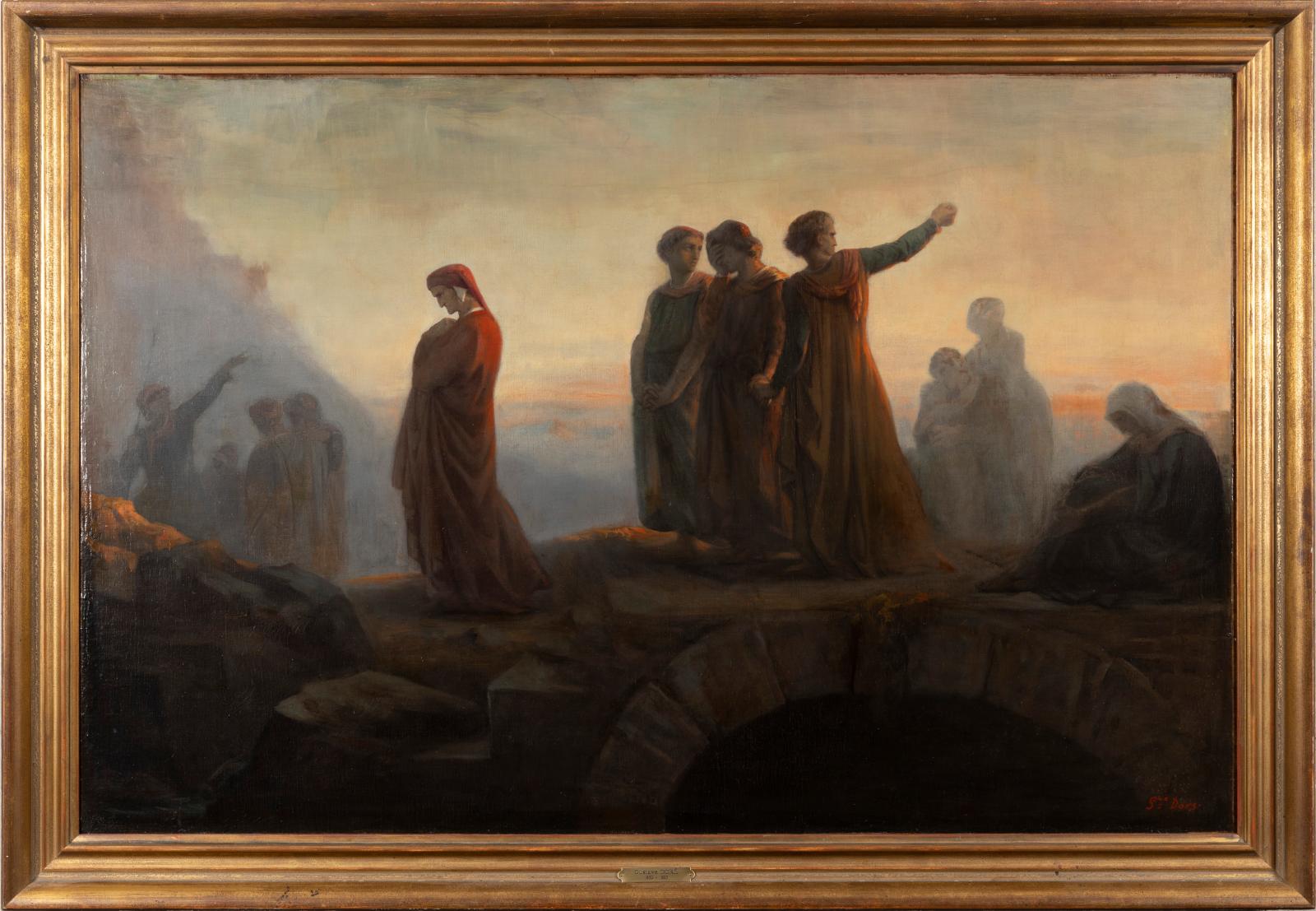 "Worldly fame is but a breath of wind that blows now this way, and now that, and changes name as it changes direction," wrote Dante Alighieri. But even if none of his manuscripts have come down to us, his fame after his death endures after seven centuries. Although his existence is not in question, no one will ever know the true face of The Divine Comedy's author. And for good reason: Dante's features were imagined and painted by another famous Florentine. This picture by Botticelli is one of the treasures presented in Geneva in a setting directly inspired by the work of the Italian genius. "It is designed in a spiral shape, highly representative of the poet's major work, where he used it to stage Hell, Purgatory and Paradise. The chromatic side features sections in red, blue and gold: the main colors used in manuscripts of Dante's time," says curator Michael Jakob.

The red section contains some 33 objects showing the extent of the Tuscan poet's influence on European culture and thought, from Voltaire to Beckett. The blue section focuses on the sources of inspiration of this keen reader of Virgil, Homer and Macrobius, with 33 other rare objects. Lastly, the gold section contains the works of Dante himself. One of the most precious copies is the first printed edition, in 1472, of The Divine Comedy. Among the hundred-odd items on display is a painting attributed to Gustave Doré, Dante accompagné de personnages (Dante Accompanied by Figures). The richly illustrated catalog book, with articles by international experts, prolongs the circuit by exploring a world whose realities little changed the human soul, and where the search for salvation occupied the poet's life.

Dostoyevsky and Holbein at the Kunstmuseum in Basel

Molière, Master of Ceremonies
Newsfeed
See all news
Scientists Discover the World’s Oldest “Social Network”
Tracey Emin Wants Art Removed from No.10 Due to Boris Johnson’s Behavior
Major KAWS Exhibition Opens at Serpentine and on a Video Game
Master Drawings New York to Go Ahead
Not to be missed
Exhibitions