He returned from Italy with vistas of Rome, Florence and Tivoli, but he also tirelessly roamed the French countryside, setting up his easel from Normandy and Morvan to Provence. Haloed in silver and golden light, these bucolic landscapes, much admired by Delacroix and Baudelaire, earned him a fine reputation and a title... 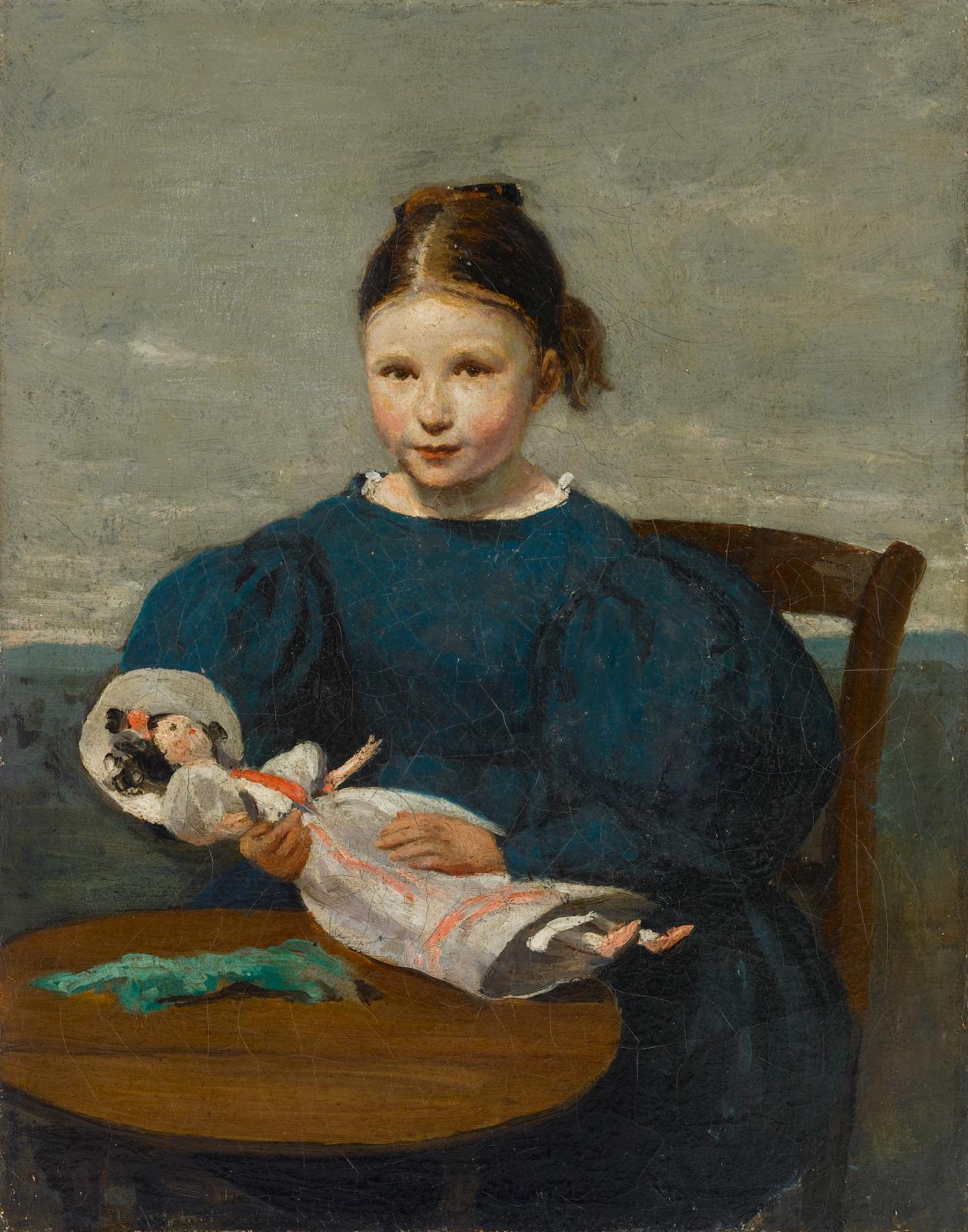 He returned from Italy with vistas of Rome, Florence and Tivoli, but he also tirelessly roamed the French countryside, setting up his easel from Normandy and Morvan to Provence. Haloed in silver and golden light, these bucolic landscapes, much admired by Delacroix and Baudelaire, earned him a fine reputation and a title as a “forerunner to Impressionism”. But the exhibition devoted to him at the Musée Marmottan Monet, Paris, reminds us that Corot was also a remarkable figure painter, whose intimist depictions embraced his close circle and essentially fictitious peasant girls, monks and children. This facet is less well-known, because, as we learn from Sébastien Allard (director of the Paintings department at the Louvre and curator of the exhibition), “He did not want to show them at the salons. Most of them remained in his studio, and only came to light after he died.” Degas considered these the best part of his work, with a bold touch that would later inspire Braque, Derain, and Picasso. “The last classical and first modern painter,” Jean-Baptiste Camille Corot (1796-1875) is also the bane of art specialists, as he whetted the appetites of so many forgers. Of course, he is not alone in this respect. Victims of their own success, Rembrandt, Vermeer, Watteau, Renoir, Modigliani and Picasso all suffered the same fate – but Corot more than any of them. In fact, an entire chapter in the catalogue of the 1996 Paris retrospective at the Grand Palais was written on the issue by Vincent Pomarède, the curator of the exhibition and at the Louvre. “Corot,” he wrote, “was one of the most copied and imitated artists in the history of French painting.”

The Delicate Task of Authentication
Forgeries began to appear in Corot’s own lifetime starting in the 1860s, when his fame was well-established, and the art market was growing. These shady dealings continued until about 1930. In an attempt to quell them, his friend and painter Alfred Robaut (1830-1909) began a catalogue raisonné. Finalised by Étienne Moreau-Nélaton, this was published in 1905 in five volumes listing some 2,500 paintings by the master. Robaut simultaneously listed the 500 forgeries he had already spotted at the time. Hence the quip, quoted in 1936 by art historian René Huyghe, that “Corot produced 3,000 paintings, 10,000 of which were sold in America.” Although we cannot be sure of the latter figure, there is no doubt that this trafficking spread beyond the United States – and had many an expert fooled. “Fake paintings donated, bequeathed, and unfortunately even bought, ‘enriched’ public collections around the world between 1900 and 1940, including the Louvre's,” wrote Vincent Pomarède. The artist’s price index probably suffered as a result. At any rate, the shadow still hangs over him: “Collectors are suspicious,” says Pascale Pavageau, director of the Sotheby’s 19th Century Paintings department. “While they still rely on the ‘Robaut’, they want the assurance of other expert assessments.” An issue Martin Dieterle is familiar with, for he is the one dealers and private individuals come to for such assessments. With his daughter, Claire Lebeau, the world-famous Parisian expert examines 350 paintings a year on average, “and not even 10 % are authentic,” they say. The family certainly have sharp eyes: they have been familiar with the master for five generations. Charles, Martin’s great-grandfather, worked at Corot’s studio as both pupil and handyman for some fifteen years, and his descendants have made analysing the master’s works their speciality, collecting catalogues, handwritten notes, letters and photographs. Since 1948, their investigations have led the Dieterle family to add six supplements to the Robaut (the last of which was recently published), identifying a total of 500 “new Corots”. One was this portrait of a "Petite fille à la poupée" (“Little Girl with Doll”), part of a collection in the south of France, sold by Sotheby’s Paris for €55,000 in June 2017. In their archives, the Dieterles have also classified some 13,000 forgeries, now digitised. But sorting the wheat from the chaff is still a headache. First, erroneous attributions have to be re-examined. Corot’s life-painting sessions, during which he and other artists would paint the same subject side by side, have complicated the experts' work enormously, as the styles are sometimes so alike that mistakes can be made in perfectly good faith. To deal with copious requests from dealers, the master started his own studio in the 1850s. Distinguishing the replicas and variants he made of his own paintings from those by students, let alone collaborative pieces, requires even more in-depth study, especially as some paintings bear signatures of doubtful authenticity. It has also been said that Corot, with his legendary generosity, even signed the works of friends in need. But here, Martin Dieterle protests: “Once or twice, to help out a friend, he did finish a painting and signed it – but then it grew into a myth!”

Landscapes: The Victims of Trafficking
Forgers, on the other hand, are no myth. “His style seemed easy to replicate,” says the expert – who clearly disagrees. “There is a conceptual intelligence with Corot, alternating light and dark in an almost musical arrangement where nothing is left to chance.” And yet dishonest practitioners, even in his entourage, did not hesitate to produce fraudulent copies, like one of his assistants, Achille Oudinot, who painted some to survive after emigrating to Boston during the war of 1870. “Many paintings are patchworks of Corot's recurrent motifs," says Claire Lebeau: “a little leaning tree, a sunset, a boatman on a riverbank, or a peasant girl with her cows.” Forgery production chains even started up in France, Belgium and the US. In 1888 alone, a studio in Ixelles produced 235 counterfeit landscapes. The young Fernand Léger worked at one such place in Paris, painting “in the style of” before realising that the master’s signature would then be incorporated. And various swindlers worked the seam, like Doctor Jousseaume, whose collection included 2,414 works – all fake and presented as authentic in London in 1929. One thing is certain: the scam mainly involved landscapes. Since figure paintings appeared so little on the market, they escaped the epidemic, “except for a few ‘Paysannes’ in Italian costume and some ‘Nymphs’,” says Claire Lebeau. “The public saw them for the first time after he died, at the posthumous sale of his studio contents at the Hôtel Drouot in 1875, and above all at a Salon d’Automne fringe exhibition in 1909,” says Sébastien Allard. In any case, their modernness would not have been to the forgers’ taste.