The 2020 TEFAF edition will go down in history: offering both quality and quantity, it managed to save the day in an unprecedented context. 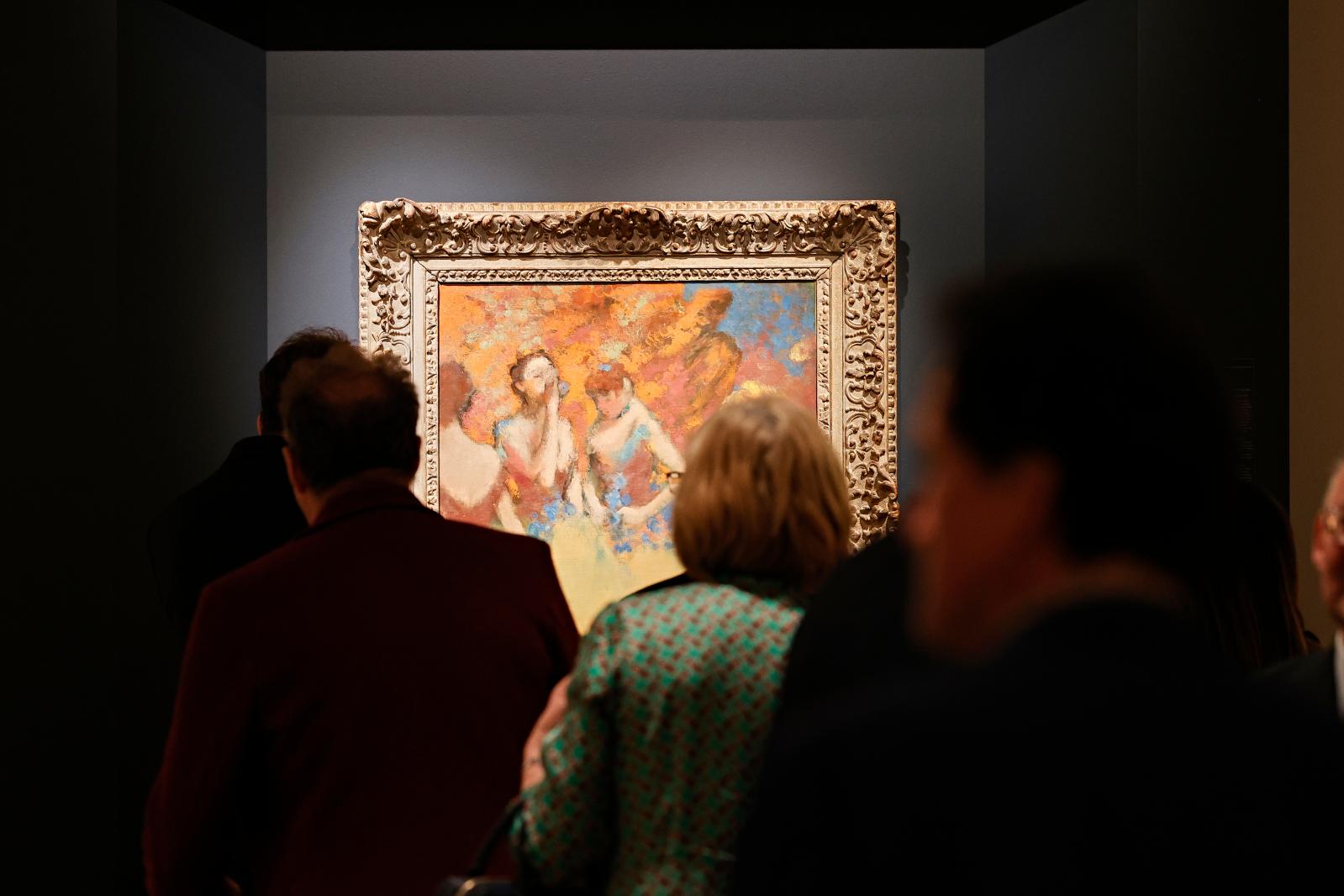 One question was on everyone's lips when the TEFAF opened in Maastricht in early March. Would the world's most prestigious art and antiques fair be the last major event to be held for many long months? Sporting magnificent floral decorations and attended by elegant visitors, the VIP preview seemed no different from usual, apart from a handful of closed stands: a reminder that several dealers had cried off, given mounting fears over the coronavirus. But the Maastricht city council and the fair organisers saw fit to continue with the event, despite much contention in the executive committee. Overall, attendance was a third down on the usual number of visitors, which made it possible to see the works in better conditions…

Motivated Dealers who Reaped Rewards
They had not entertained great hopes for this highly unusual edition – hence their delight when business actually went rather well in the end. The explanation lay in the fact that most dealers had worked meticulously on their stands, providing splendid decoration and bringing their best pieces. So those who took their chances to make the trip to Maastricht were highly motivated…and often ready to buy. At one of the fair's most impressive stands, the Kugels', the "Coupe d’Orphée", a gem of a dish that had been through two imperial courts, was immediately reserved without anyone being able to find out its price. A little further on, another area given lavish attention, this time by Christophe de Quénetain, offered a bronze equestrian statue of Louis XIV by François Girardon for €13 million. At the same stand, Marella Rossi had come with a superb Boulle cabinet, and her colleague Camille Leprince with an exquisite enamelled dish by Nicola da Urbino. "Normally we keep what we are going to present a secret, but this year we provided a virtual tour of the stand and communicated on Instagram," said the gallery owner. And several museums showed keen interest… Given the risk of seeing fewer customers, many exhibitors had done the same, communicating far more than usual. Although most American museums had forbidden their teams to travel to Europe, a few representatives were nonetheless able to make the trip, like George Shackelford, deputy director at the Kimbell Art Museum in the US, who came with his French curator Guillaume Kientz.

A Good Time to Buy?
One of the highest-priced pieces at this edition was an oil by par Degas, Three dancers in yellow skirts, with Hammer Galleries of New York. Its director was asking "over €37 million": more than its record at auction some ten years ago. The "local lad", Van Gogh, was once again the fair's superstar with two fairly early paintings. One, with London's Dickinson gallery, dated from 1885. According to the gallery, a buyer paid about €15 million for this somewhat melancholy view of a peasant woman outside her thatched cottage. "Some think the art market is about to crash, and it's a good time to buy," said a modern art exhibitor. "So it meant being bold enough to come with major pieces." The Chenel gallery sold an Egyptian Ushabti for €180,000 to an American museum. Georg Laue parted with several Renaissance pieces, which went to join European collections. "For me, it was once of the best editions for Old Masters for a long time, in terms of quality and selection," said consultant Etienne Bréton, citing among other things a triptych by Isenbrandt with Kugel, a panting by Puvis de Chavanne withTalabardon & Gautier, and a rare appearance by Hendrick ter Brugghen, one of the Utrecht, Caravaggisti, with Adam Williams.  There was a downside to the financial situation, because many collectors cancelled sales concluded at Maastricht when they saw the stock market tumbling. However, this edition will go down in history: offering both quality and quantity, it managed to save the day in an unprecedented context.

2019: A Vintage TEFAF in Maastricht
Not to be missed
Fairs