The Bührle Collection: The Confused Story of a Collector

It took over half a century for Paris to open its exhibition spaces to the outstanding Bührle collection. Now housed in Zurich, this unique group of Impressionist works has a somewhat sullied history connected with Nazi plunder. Where do things stand today? 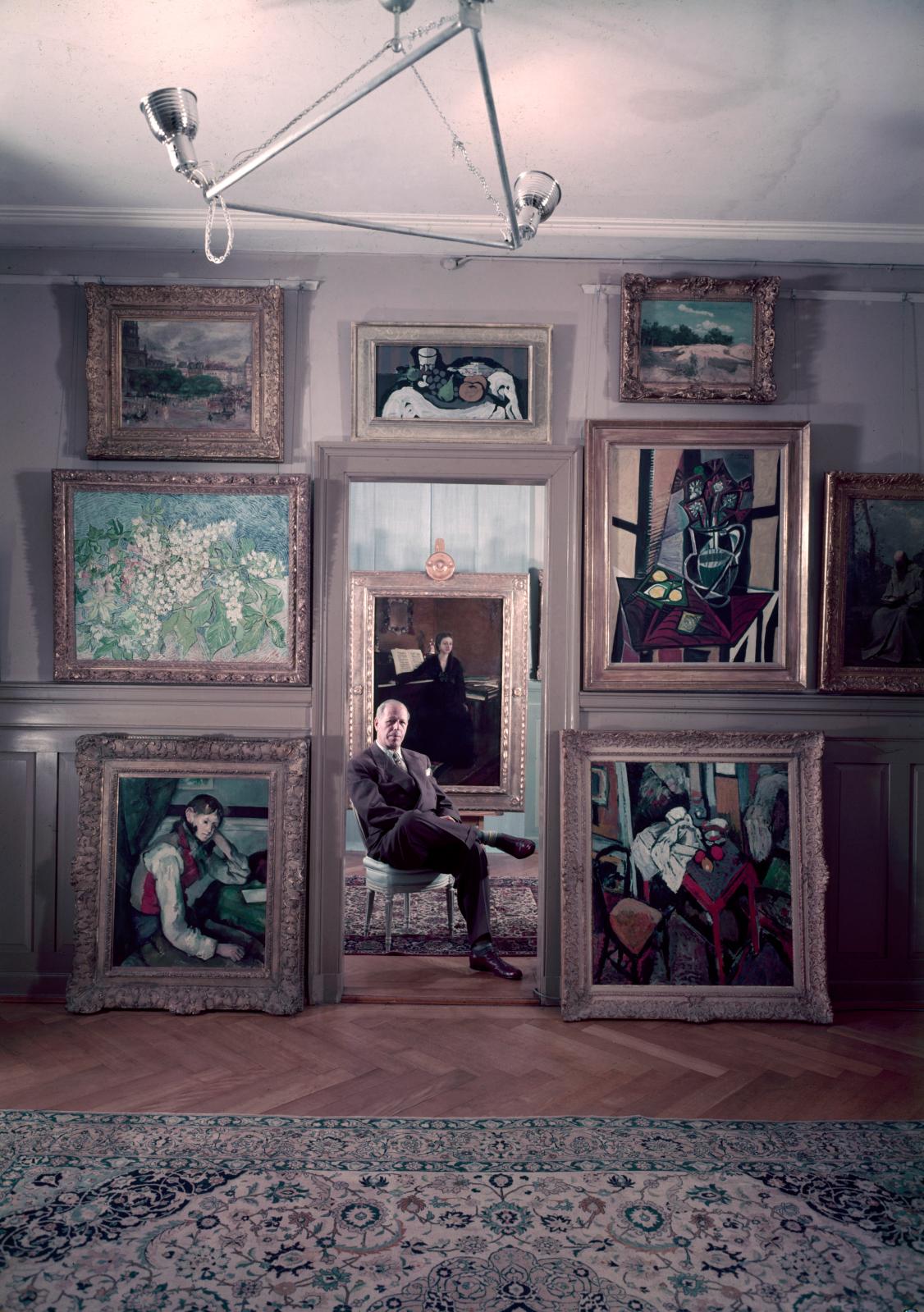 Here the entire French avant-garde is represented, from Renoir and Degas, to Vuillard and Picasso. Icons of modern art follow on in succession, including Cézanne's "Le Gilet rouge", Modigliani's "Le Nu couché" and Van Gogh's "Le Semeur, soleil couchant". This collection of 203 paintings assembled between 1933 and 1957 by the industrialist Emil Bührle (1890-1956) has toured the world in fragments (Washington, Montreal, London, Yokohoma, Lausanne, etc.) without once stopping off in France before 2017 and its presentation at the Van Gogh Foundation in Arles! Worse still, while the Musée Maillol (now managed by Culturespaces) has welcomed it this March, several Paris institutions have proved leery at the idea of hosting it. Assembled behind the scenes of modern history's horrors, the collection is an ideal target for snap judgements.

A Murky Past
On paper, the story of Emil Bührle certainly sows doubt. The German collector made his career in arms, and amassed a fortune in the late 1930s with the Third Reich. When put that way, it makes for a distinctly spicy tale – but there are gaps in it. Sent to Zürich by his father-in-law to develop the Oerlikon machine tool factory, the rising power of the Brown Shirts made him decide to stay there permanently in 1929. While Nazi militarisation gave the company a distinct boost, it became wealthy not only on the orders of the Swiss Federal Council (endeavouring to keep its country "neutral"), but also after arming the Allies before the war, and supplying the Americans afterwards. Now with a solid fortune, the industrialist began buying hand over fist, gathering together a collection of over six hundred works. Of these high-profile pieces, which he bought frenetically (sometimes up to a hundred a year during the Fifties), the art lover, who took Swiss nationality in 1937, was ordered in 1948 by the Swiss Supreme Court's chamber of stolen art works to hand back thirteen plundered from Jewish families, including from the Kann, Rosenberg and Lindon collections. Here again, the facts are not very clear. The works were restored immediately, and a few years later his supplier, the Fischer gallery, notorious for its assiduous trafficking of looted works, was ordered to reimburse him. With Bührle's good faith now established, he remained in contact with Paul Rosenberg, with whom he did business in his New York gallery after the war, buying a Manet for $150,000 in 1950. The thirteen works in question, including Corot's "La Liseuse" and Degas' "Les Danseuses", both bought close together from their legitimate owner and exhibited at the Musée Maillol, had been purchased at the same time as a Van Gogh portrait with a singular history. In Lucerne in 1939, at the famous Fischer sale dispersing so-called "degenerate" art works seized from German museums, it was originally awarded to the collector, but then the dealer reopened the bidding to another buyer: a publicly humiliation for Emil Bührle. So he felt unable to decline the offer he received in 1948 to buy another version of the Impressionist portrait. The unwitting collector attached little importance to the provenance of the thirteen works also proposed with the portrait, nor was he aware that this picture by Van Gogh was really only a poor copy.

A Swindled Collector
The Musée Maillol has decided to tackle the controversial aspects of this story. With a room dedicated to the collector's archives and the documents used in the trial, the circuit reflects Bührle's own desire for transparency as regards his purchases. In 1948 he engaged an assistant to document the collection. This research work was severely hampered when Bührle died in 1956, despite the creation of a foundation in 1960 by his widow, who bequeathed a third of the collection to it. It took until 2002 for someone outside the family, Lukas Gloor, to take up this work again. He made several discoveries, including the incredible story of Renoir's "La Source". Bought in 1941 from the Wildenstein gallery in Paris, there were problems in delivering the painting to Switzerland in the middle of the war, and the collector was offered the chance to make use of a German rail convoy leaving from Paris. But the painting only arrived at its proper destination three years later, after the intervention of the Swiss diplomatic corps, who found the work in Carinhall: Hermann Göring's property, where he stored his looted treasures! "It was fairly common at the time to make gifts to Göring to keep in with him. I was afraid this might be the case with Bührle," says Lukas Gloor. "But I found a letter from Oskar Reinhart, Bührle's rival collector, who lived a few kilometres from Winterthur, and this vindicated him. Talking about a dinner with Bührle, he describes how his friend talked proudly about his purchases, which are listed in the letter and match the five works bought from Wildenstein. By mentioning that he was awaiting their delivery, Reinhart proves that they were never given to the Nazis."

Turning A Page
Despite continued independent research carried out on the itinerary of two paintings whose past has never been entirely elucidated, the history of the collection will soon be complete. The donation in 2021 of the entire collection to the Zurich Kunsthaus, the neighbouring venue which hosted the collection's first exhibition in 1958, and whose first extension was financed by Bührle in 1941, will mark the culmination of this research work. "The circuit will contain a room with a permanent exhibition of the archives, not as an apologia," says Lukas Gloor, "but to provide keys to understanding the collection's history – and thus our own."

Monet and Rothko: An Unprecedented Exhibition in Giverny
Not to be missed
Analyses