The Brilliance of Porphyry Under Louis XIV

Unsurprisingly, this pair of Egyptian porphyry vases was the pinnacle of a sale featuring top-quality objets d'art. 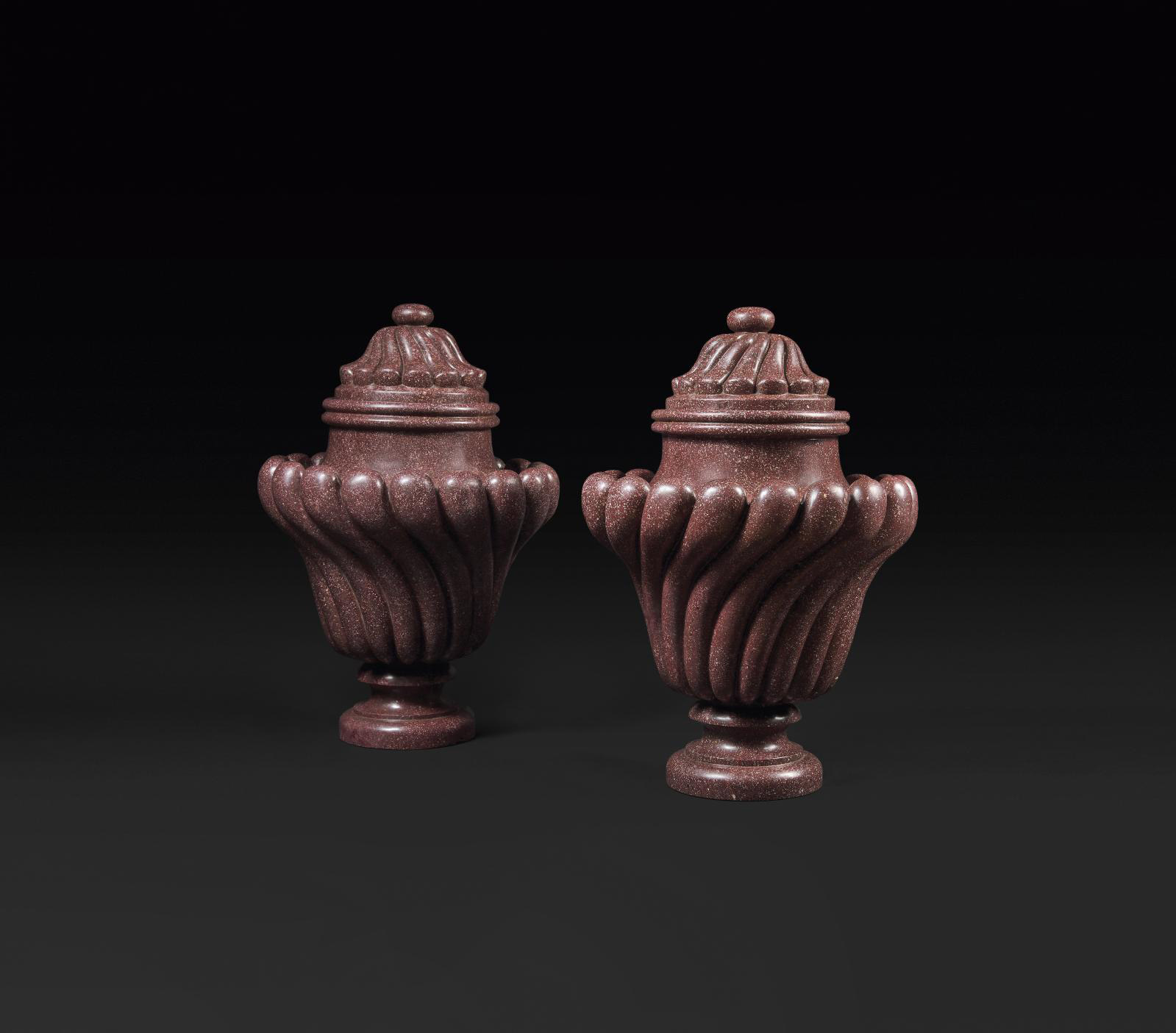 With their magnificent material, magnificent carving and traceable provenance (as reported in La Gazette no. 40), these vases had an array of charms they deployed to the hilt, finally fetching €307,200. Since ancient times, Egyptian porphyry was synonymous with a highly prestigious stone. Its crimson shade evoked power, and it was keenly sought after by Roman emperors for their portraits and decorative features in their palaces. Porphyry quarries were mined so intensively that the veins located in the middle of the desert were gradually exhausted. The Renaissance rediscovered it, and pieces from antiquity were much admired by craftsmen, who also found out how tough it was to work. This igneous rock studded with crystals is extremely hard and resistant—even more so than marble—and thus very long and difficult to carve. As the ancient techniques had been lost over the years, they had to start from scratch. These constraints explain why it was limited to ceremonial pieces and became the prerogative of high-ranking art lovers, the Sun King first and foremost. This pair dates from his reign and later belonged to the English industrialist James Morrison (1789-1857), who made his fortune in textiles.

The objets d'art sale was also worthily represented by the €18,172 bid for a pair of late 18th/early 19th century ovoid vases (h. 26 cm/10.2 in) in fluorite with gilt bronze mountings, executed in the style of Matthew Boulton. However, they were overtaken by the €28,160 garnered by a Famille Rose porcelain and enamel terrine (l. 40 cm/15.7 in, w. 26 cm/10.2 in) made for the East India Company in the Yongzheng period (1723-1735). The model is known and belongs to a service of which some pieces are now in the Company’s museum in Lorient. It is decorated with the arms of the Orry family—"gules a lion or rampant, mounting a rock argent"—and has handles in the shape of a Chinese head, which add a touch of originality. This prominent French family played a key role in promoting porcelain in France: Jean-Louis Henri Orry de Fulvy (1703-1751), administrator of the East India Company, founded the Vincennes soft porcelain factory with help from his half-brother Philibert (director general of the Bâtiments du Roi from 1736).

The Brilliance of Porphyry Under Louis XIV

Unsurprisingly, this pair of Egyptian porphyry vases was the pinnacle...

Oudry, Foujita and Jouve: A Perfect Trio for Bibliophiles...

This event for discerning book lovers honored the great specialists...