The Benkemoun Villa: An Architectural Rebirth 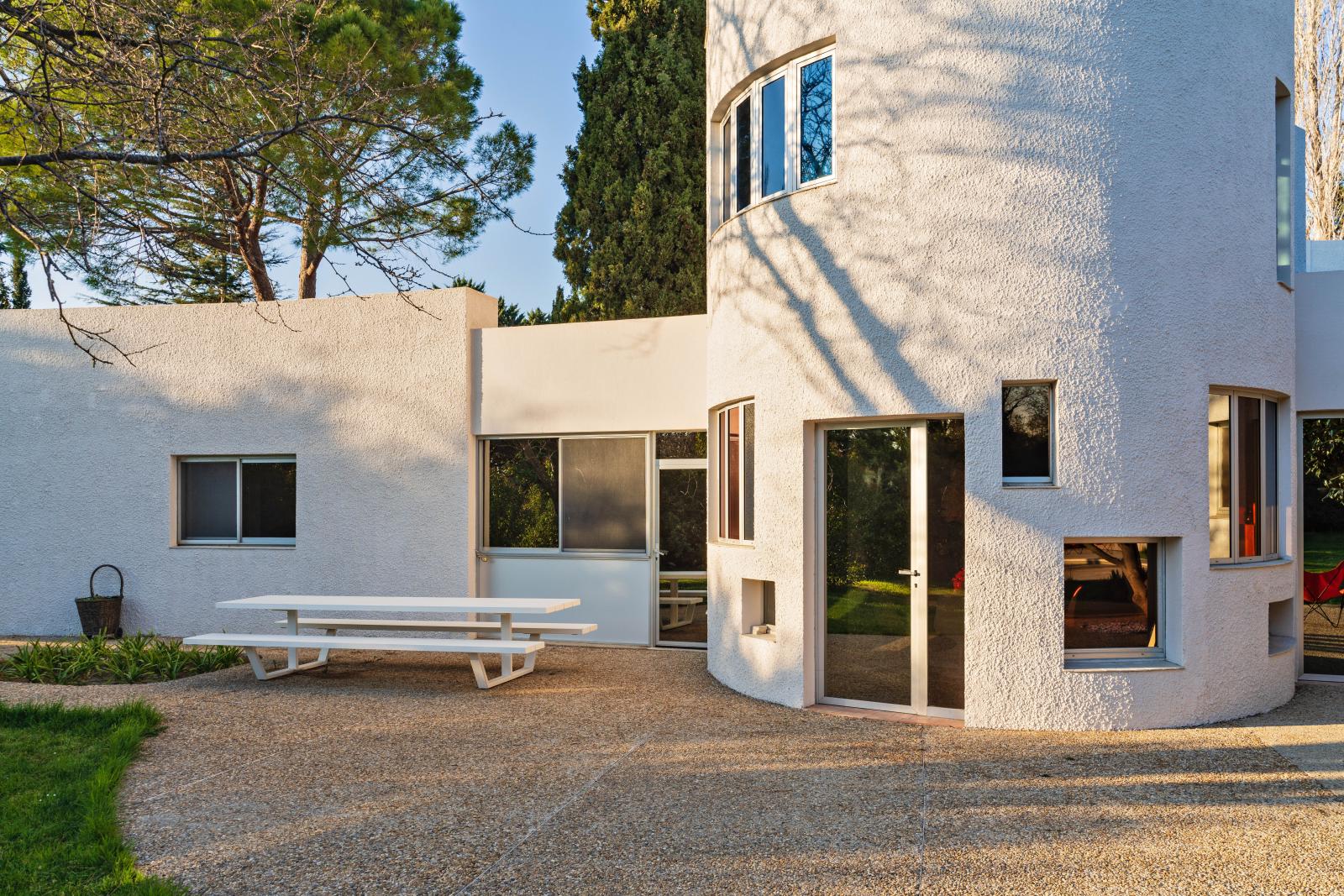 A Film Set
To make the project a thorough success, the architect called on interior designer Robert Heams, designer Max Sauze for the spectacular metal chrome-plated metal chimney hood, and ceramist Guy Bareff for the floors. "In 2017, when we started renovation work on the house after my parents died, Thierry and I decided to keep most of the furniture already there," says Brigitte Benkemoun. Although the interior had stayed mostly unchanged for nearly forty-five years, the couple had to hunt around for a few gems to recreate the original spirit of the place, like the sitting room armchairs designed by Geoffrey Harcourt. "We also restored the large Manhattan bed to its original orange," says the woman for whom the villa needs to remain a living space, not a museum frozen in an immutable layout. Meanwhile, the restoration work on the actual house was almost entirely overseen by Thierry Demaizière. Extending its generous curves over nearly 500 square metres of living space, this is a concrete masterpiece that also features a highly avant-gardist bioclimatic approach. The building turns its back to the north against the mistral, and features multiple patios, openings, solariums and roof terraces, creating sheltered areas for rest and socialising. A nod to the familiar pigeon lofts of Provencal landscapes, the round tower offers a marvellous view of the countryside from within, and from outside, a sight of the lively movement in the façade due to the "harmonious logic" sought by the architect. The villa echoes the Bank Villa built on the neighbouring plot, also designed by Émile Sala in the early 1970s. For its creator, this flawlessly homogeneous complex, which received the "remarkable contemporary architecture" label in 2012, was a totally new experimental laboratory.

Djo-Bourgeois, A Shooting Star
Not to be missed
Cultural Heritage