The Basque Country According to Ramiro Arrue

Ramiro Arrue will once again be leading the selection of Basque painters, with several works honoring the men and women of his beloved country. 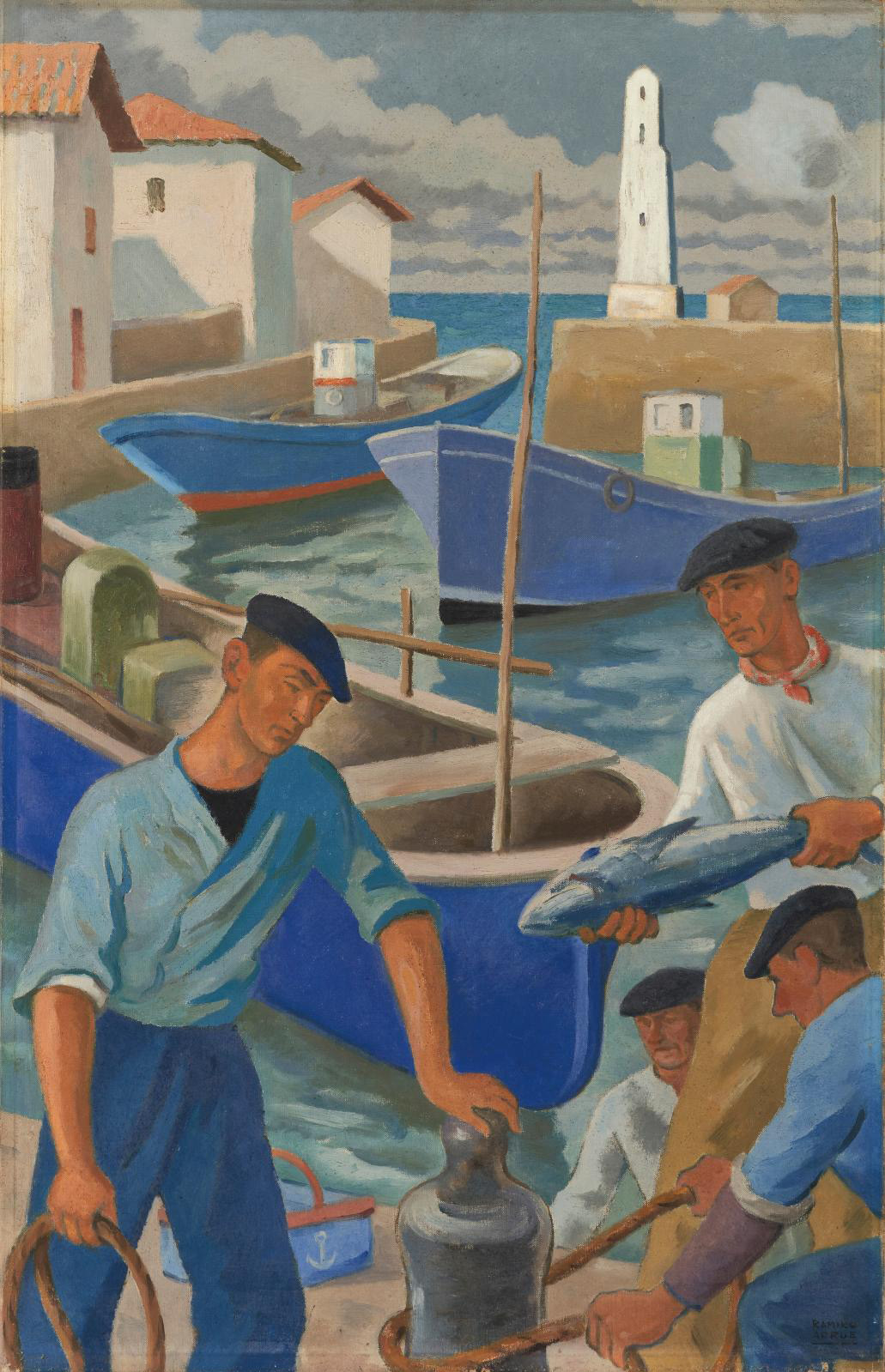 By choosing a vertical composition, the spectator finds himself at the level of the characters with geometrical forms, presented at mid-body; the fish is placed in the center of this painting, in which the painter plays with his favorite colors, blue and white. In the background, people who have visited the Basque region will recognize the port of Saint-Jean-de-Luz and its lighthouse. Here, Arrue invites us into the world of these fishermen, to witness their hard work and their every move. Perfectly mastering his own distinctive style and artistic vocabulary, he continued his quest to revive the arts in his heartland, which was becoming more and more of a tourist destination in the first half of the 20th century and which was also trying to promote its culture and traditions. However, this synthetic, colorful and monumental style took Ramiro Arrue many years to develop. The artist, originally from Bilbao, only arrived in the French Basque Country in 1917, joining his older brother José, a painter like himself. The younger artist was also introduced to this technique by his aunt, an antique dealer, who inspired Ramiro to create a realistic style with a distinct drawing, sometimes close to that of a comic strip, as illustrated by the oil on cardboard Amarretako (La pause de 10 h, The 10 O'Clock Break) painted early in the younger artist's career, in 1919, which is expected to fetch €30,000/50,000. New to the market, this work represents an old man at a table to whom his wife brings food and drink. The scene is set in a typical Basque landscape, with a house in the background. Arrue borrows the blue, violet and lavender colors of his brother’s work. Nevertheless, we can discern his search for a more modern, graphic expression, while he virtuously mixing genres, still life, landscape and the bustling scene. This painting can be compared with the Card Players given in 1922 to the Museum of Fine Arts in Bilbao.