Collectors were undeterred by uncertainty over the holding of the sale, after Mexico's request to the French government for it to be cancelled, and came up with some fine results for the objects lovingly collected by the Aurances. 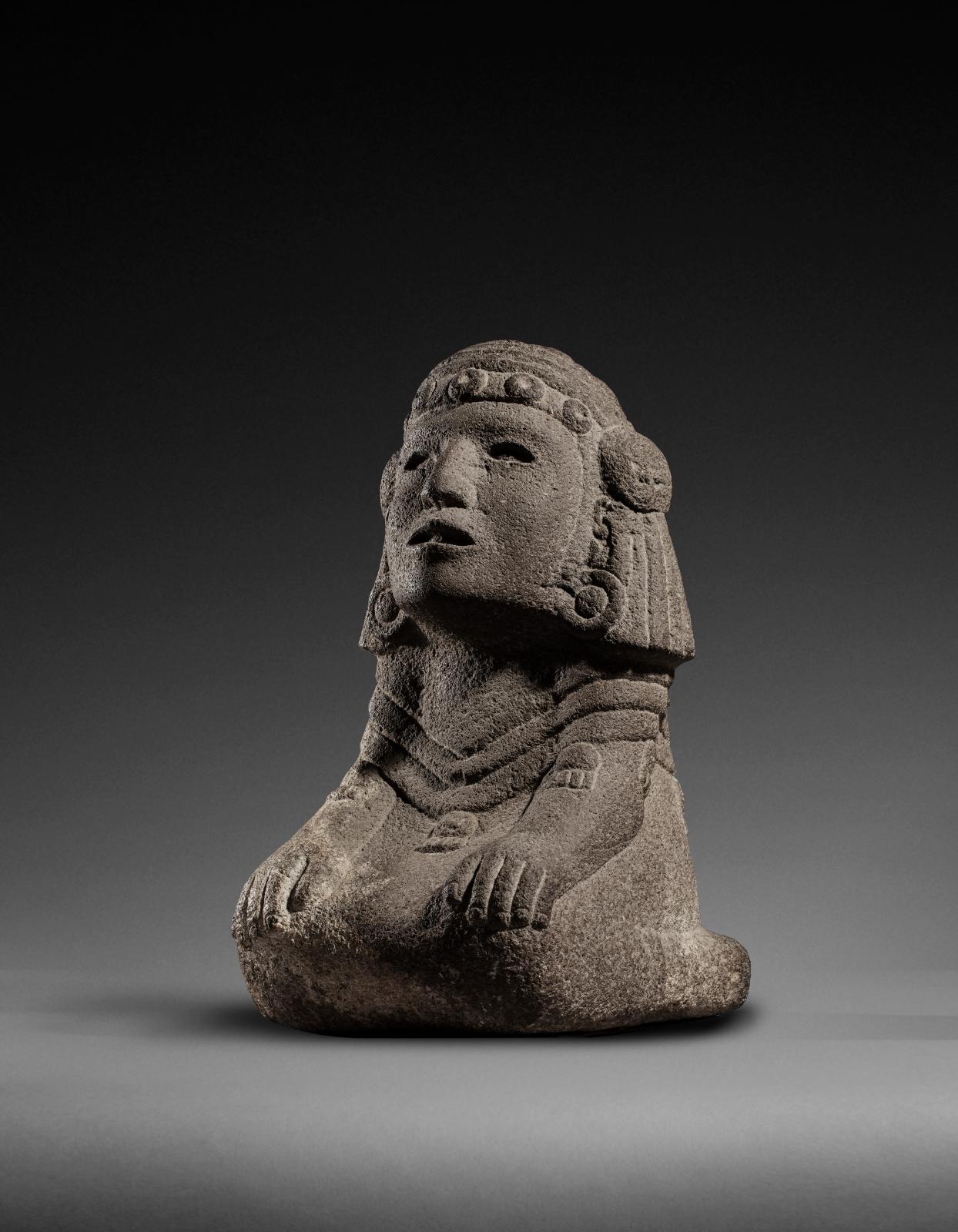 The couple never concealed their passion for Pre-Columbian art, nor were they niggardly in making loans to prestigious museum exhibitions – which included a Mayan bas-relief from the classical period (600-900 AD), knocked down here for €65,000. And when Guatemala demanded the restitution of a Mayan stela fragment carved with the head of the celestial bird, which came from the Piedras Negras archaeological site and may have been pillaged, Mrs Aurance immediately withdrew the item from the sale to negotiate amicably with the country, despite doubts over the identification of the object from an in situ photo. 78 of the 94 objects presented were sold, often well above their estates, making a final total of €860,000. The top bid went to a volcanic stone statue of the seated water goddess Chalchiuhtlicue, which at €377,000 multiplied its estimate nearly tenfold. Meanwhile her fellow sister Coatlicue, goddess of fertility and the earth, also dating from the Aztec imperial period (1350-1520), achieved €97,500. This kneeling, wrinkled version of the deity particularly touched the wife, who said this was the one piece she would have kept. The Aurances had a special affection for the religious masks of Teotihuacan, precisely because they consisted of fragments, and refused to restore them – in fact, they kept all their pieces in their condition at purchase. One charmer in green serpentine (450-650 AD) garnered €62,405. Other highlights included the €52,000 fetched by a quadrangular ceremonial altar carved in the round with death's heads. This Aztec piece had been brought back from Mexico in the 1920s by Eugène Pépin (1887-1988), then a young State road construction engineer working in the Valley of Mexico, at the same time as the large Teotihuacán statue now in the Pavillon des Sessions at the Louvre.

Olmec and Maya Artworks from Distinguished Pre-Colombian Collection Take Off