True ceramic jewels of "Hispano-Moresque" art, with their distinct metallic luster, produced in Manises, a small town near Valencia, have been inspiring collectors since the 15th century. 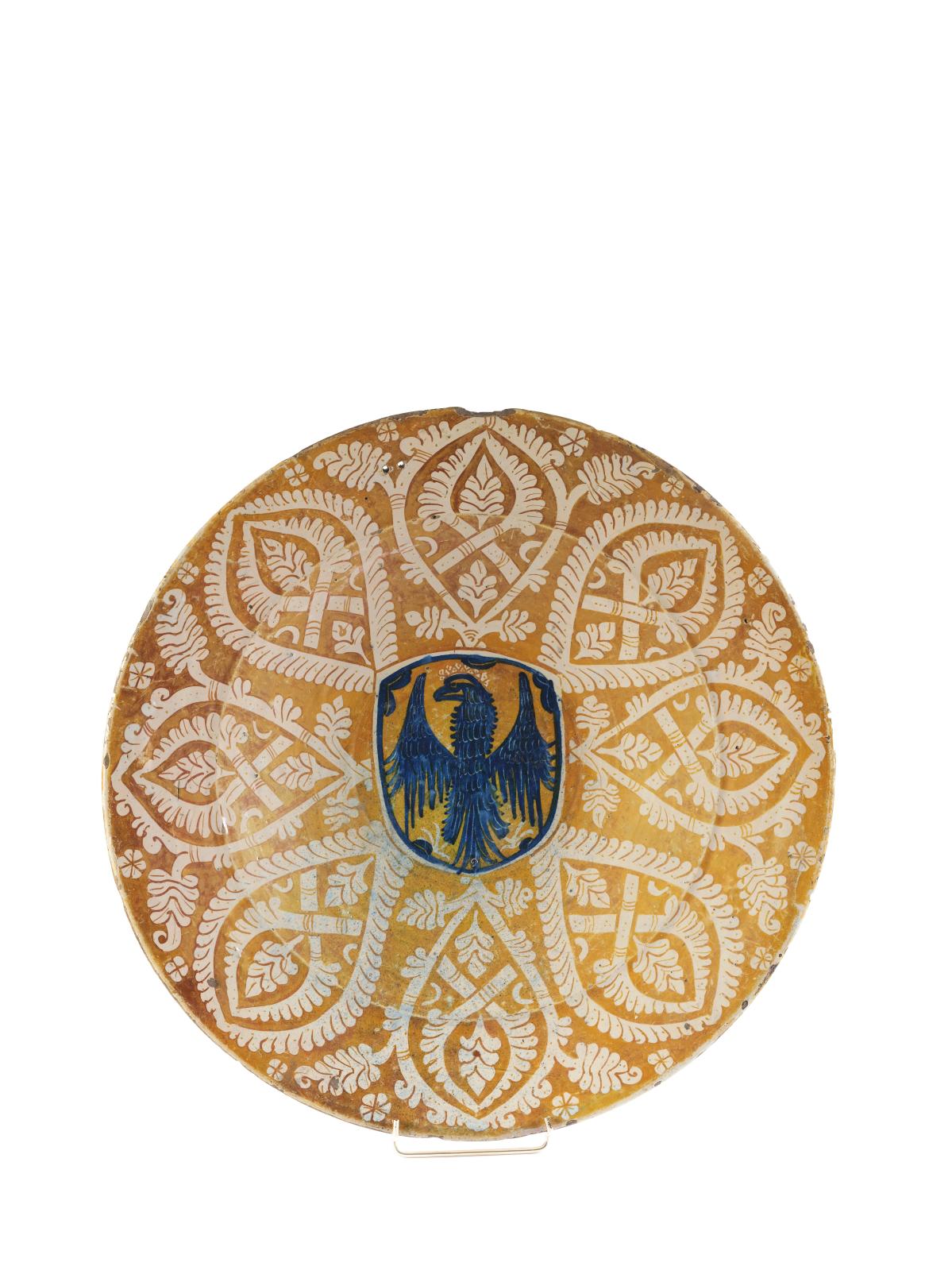 At the instigation of the Louvre and the Réunion des Musées Nationaux-Grand Palais, 18 exhibitions are being organized throughout France to present "The Arts of Islam: A Past for a Present". The avowed aim of this large-scale event—as described by Yannick Lintz, director of the Louvre's Islamic Arts department in an interview for the Gazette—is to provide a different take on this civilization, which shares a cultural heritage with the Christian West. In Spain, "Hispano-Moresque" ceramics are part of a long artistic dialogue that gave rise to the Mudejar style, among others. This ceramic technique came directly from the leading specialist centers of Al-Andalus (the Iberian Peninsula territories under Muslim rule between 711 and 1492): Malaga and Granada. Both cities left their mark on the later achievements of workshops active after the Reconquista. Those in Manises (now adjoining Valencia) became famous, especially for their magnificent metallic luster ceramics. The complex process was inherited from 9th-century Persian and Egyptian potters and involved obtaining a pale gold shine from copper and silver salts purportedly diluted in vinegar, then laid on the decoration before firing. It appears that these remarkable obra dorada pieces were originally the work of Moorish earthenware makers set up there by the Buyl family, the lords of the region. The first pieces produced at the end of the 14th century also reflected Malaga's Islamic-style tradition, and featured the tree of life motif and characteristic Muslim inscriptions of blessings, or Alafia.

1362
The Muslim craftsmen of Manises received an order that year to make a lustrous ceramic pavement for the Palace of the Popes in Avignon.

An Art Valued by People in High Places
However, European influences began to infiltrate Islamic themes only in the second quarter of the 15th century. The most striking aspect of this phenomenon was the replacement of these Alafia by sacred or profane inscriptions in Gothic characters. The other innovation of those times was the appearance of coats of arms: those of princely and aristocratic families of not only Spain but also more distant lands, proving how these sumptuous pieces spread through Europe. We know that Lorenzo de' Medici and René d'Anjou (Duke of Anjou and Count of Provence 1434-1480, and King of Naples as René 1435-1442) owned some of these items. The most impressive pieces date from this golden age, one being a large round dish featuring an escutcheon (shield or emblem bearing a coat of arms) with an eagle in the center surrounded by stylized beige foliage on a lustrous ochre background, c. 1450, sold for €43,750 by the Le Floc'h auction house on October 6, 2019. As we see here, during this period, the use of a strong cobalt blue made for an intense, rich effect through its contrast with the pale gold of the luster produced by the high silver oxide content. "These quality aspects make late 15th and very early 16th-century pieces the most sought after by collectors today," says expert Cyrille Froissart. Intended for the elite and for ceremonial situations, these items took on not only the appearance but also the forms of gold tableware: stemmed bowls and above all large dishes featuring motifs in relief, molded palmettes and cordons forming compartments around a central embossment—a recurring element. The most finely-worked pieces emerged in the 16th century, like one that fetched €3,225 on June 9, 2017 (Binoche & Giquello), with a buff background and lustrous ochre decoration, sporting a fleur-de-lys in the center and stylized foliage on the rim. Touches of the famous cobalt blue also set off the pale metallic tone, as with the dish sold by the Ader auction house on June 26, 2019, at Drouot (€2,688), where the central embossment is enriched with gadroons: motifs also found on an example with a decorative inscription on the rim, bought for €1,188 on November 10, 2018, in Lyon (De Baecque et Associés).


Developments in Form and Color
At the same time, Manises developed a whole range of "albarelli": cylindrical, sometimes waisted vases used by apothecaries. One of them (c. 1470-1500) was sold for €17,150 on June 3, 2021, at Drouot by Pescheteau-Badin. This delightfully illustrated another type of decoration popular with the ceramists of Valencia: a plant motif of vine and bryony leaves in blue and red with metallic reflections spread out in registers. The mid-16th century marked a new stage, with a simplification of the lustrous ceramic forms inherited from the Gothic age, and the appearance of new utilitarian objects, including fonts, spice boxes and candlesticks. Meanwhile, with the huge increase in manufacturing volumes, the range of motifs gradually became more limited and stylized: dishes were decorated with a single animal (a lion or a large fantastical bird called a "pardalot"), and almost abstract palms and carnations. But the most striking aspect of these pieces, which became more popular in the 17th and 18th centuries, was "the change in the color of the luster, which became redder," as Cyrille Froissart says, because of the predominant use of copper oxide. These highly attractive artifacts make an excellent start for a collection of Manises. For example, a 17th-century small round dish with ochre decoration of a lion among stylized foliage and flowers on a buff background fetched €448 on November 4, 2021 (Drouot, Ader auction house), while an ewer from the same period with owls and tulips and a mascaron spout garnered €2,030 (Brest, 21 February 2017) with the Adjug'Art auction house.

Five places
where you can see Manises ceramics

Picasso's "Owl" Vase
Not to be missed
Market Trends