The exhibition "Monet and Chicago", currently on view at the Art Institute of Chicago, focuses on the connection between the Impressionist painter and America’s “Second City.” It brings together over seventy works from the Art Institute’s holdings and Chicago-based private collections. 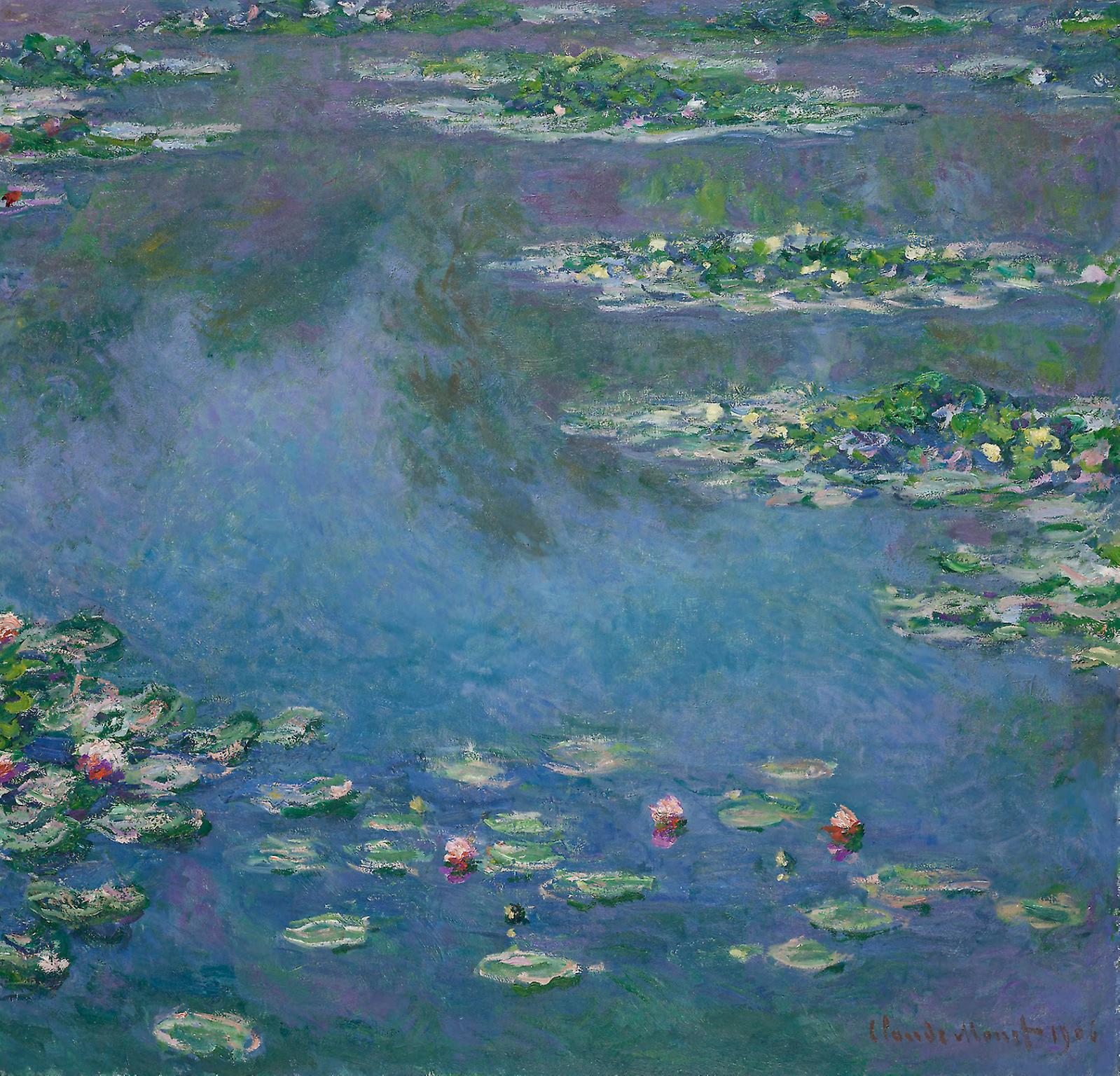 Claude Monet never came to Chicago during his lifetime. Yet, from the 1880s on, America’s “Second City” passionately embraced the French painter, finding in his art an expression of a radically modern sensibility that corresponded to the city’s own self-image. The exhibition Monet and Chicago at the Art Institute of Chicago highlights the enduring enthusiasm for Monet’s work among Chicago-based collectors and the general public. It showcases over seventy works by Monet that trace different stages of his career, including early caricatures from the artist’s boyhood in Le Havre, paintings he made during stays at Pourville and in Norway, rarely seen still lives, views of Giverny, and a selection from the famous haystack series. While allowing the visitors the exquisite pleasure of experiencing the artist’s works in person, ultimately, the exhibition is about Chicago, its citizens, and its cultural institutions.
Chicagoans first encountered Monet’s works in a group exhibition in 1888. From then on, the artist became a favorite of local wealthy collectors, who often traveled to France to acquire works by the master. The Union League Club of Chicago became the first institution in the city to purchase a Monet painting, when they acquired Apple Trees in Bloom (1872) in 1895. The Art Institute bought Bad Weather, Pourville (1896) in 1903, signaling the first purchase of Monet’s work by an American museum (the painting was sold in 1930 and is now in a private collection). Today, the Art Institute houses thirty-three paintings and thirteen drawing by the artist, the largest collection of his works outside of Paris, according to the museum’s statement. Only two of these works were purchased by the Art Institute directly. The rest were donated by local collectors starting in the 1920s.

The Collectors
Monet and Chicago highlights a number of the individuals who shaped the Art Institute’s collection and institutional character over time. The credit lines for the museum’s Monet paintings read as a veritable directory of Chicago’s elite in the late nineteenth and early twentieth centuries. One of the largest groupings is from the Mr. and Mrs. Martin A. Ryerson Collection. Martin A. Ryerson, who graduated from Harvard Law School, inherited his father’s widely profitable lumber manufacturing company in 1887 and dedicated the rest of his life to his various philanthropic interests and a growing art collection. He served as the President of the Board of Trustees of the University of Chicago from 1892 to 1922, as the Vice President of the Field Columbian Museum from 1894, and as a trustee of the Art Institute of Chicago from 1890. Upon his death in 1932, the Art Institute was bequeathed his exceptional collection of French Impressionists and Old Masters—including sixteen paintings by Monet.

The Potter Palmer Collection
The Potter Palmer Collection was the result of the collecting efforts of Potter’s wife, Bertha Honoré Palmer. She was one of the first Chicagoans to embrace Monet, coming to own around ninety of his canvases during her lifetime. Mr. Palmer was a luxury hotel builder and real estate magnate, whose fortune significantly increased as a result of the Great Fire of 1871 and the following modernization of State Street, where most of his buildings were located. Mrs. Palmer was the reigning queen of Chicago high society. She was actively involved in many clubs and associations throughout the city, including the Chicago Woman’s Club, and she was a founding member of the Chicago Society of Decorative Arts, which became the Antiquarian Society of the Art Institute. She purchased most of her collection of Impressionist paintings between 1891 and 1892, while she was traveling throughout Europe to help organize the World’s Columbian Exposition that took place in Chicago in 1893. Mrs. Palmer was as much a dealer as collector, often selling her paintings to make a profit in order to further grow and develop her collection.

The Annie Swan Coburn Collection
The exhibition also highlights the contributions of another female collector: Annie Swan Coburn. The wife of a prominent patent attorney, Lewis Larned Coburn, she began collecting art after his death in 1910, amassing an impressive collection of French Impressionist paintings. When she died in 1932, Mrs. Coburn left the Art Institute more than one hundred works of art.

Monet & Chicago
On the occasion of the 1888 group exhibition that introduced Monet to the Chicago public, the Chicago Tribune asked its readers “Why go to Paris since Paris has come to Chicago?” In 2020, Monet and Chicago similarly allows the visitor to experience destinations currently beyond reach due to the travel restrictions related to the Covid-19 pandemic. Yet it also offers an important reminder of our enduring connection to others and the fact that local and personal histories are always intertwined with broader cultural, social, and economic contexts.