The Apotheosis of Carolingian Art

The rarity and extraordinary workmanship of this late 9th-century ivory binding plate accounted for a result in the millions. 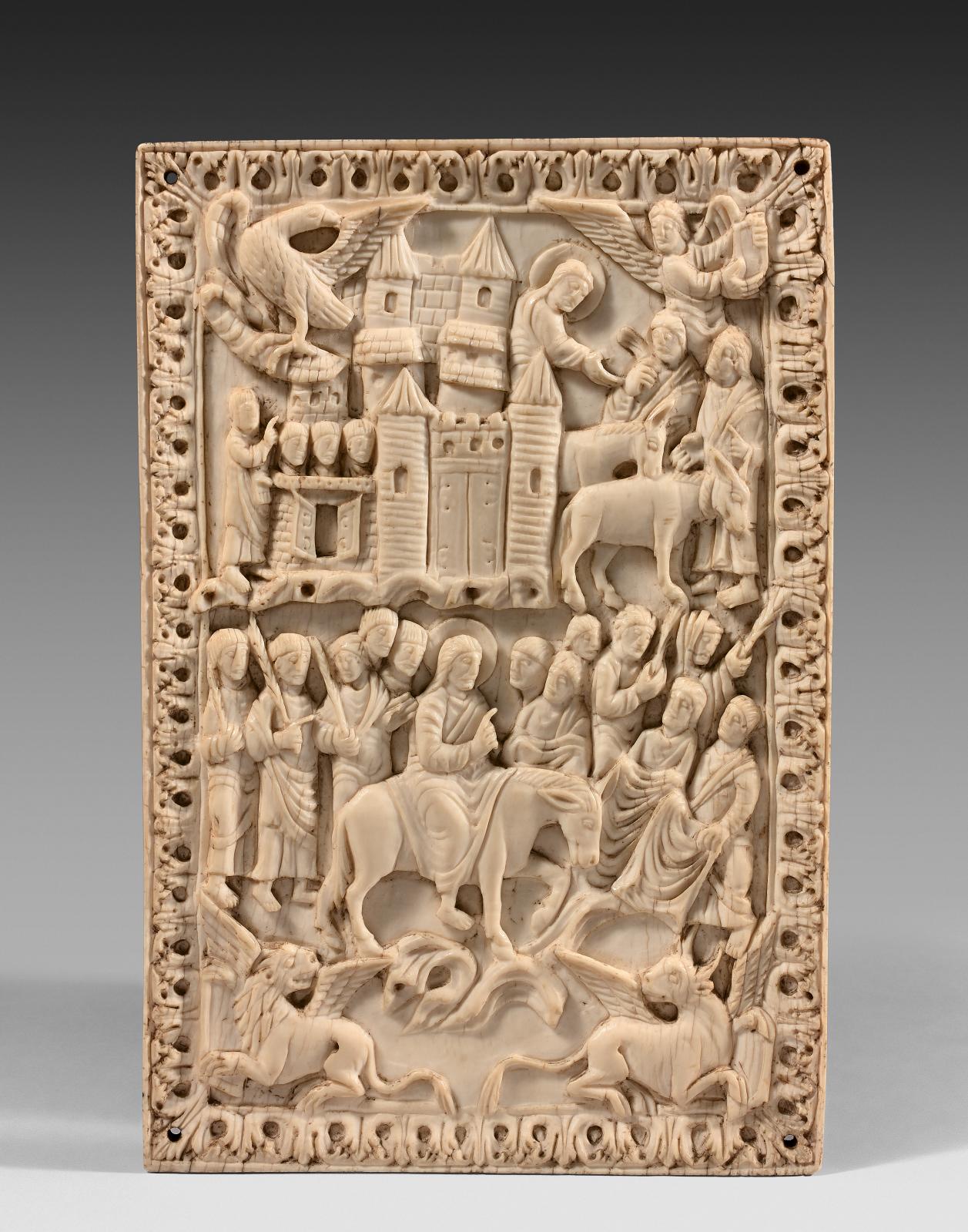 With a reasonable high estimate of €200,000, this ivory binding plate carved at the end of the 9th century was finally propelled all the way up to €3,602,400 by a North American institution. Neither the Louvre nor the Musée de Cluny - which came to see the piece in the weeks leading up to the sale - showed up during these online auctions, which were conducted with a digital frenzy by a dozen French and foreign bidders: major museums, foundations and collectors. These small objects, used to adorn a book - sometimes a bishop's mitre - are extremely rare on the market: "we only find one per century," says expert Benoît Bertrand, hence the stunning auction. For example, in July a rectangular 13th-century ivory depicting the kiss of peace, not even 2 inches (5 cm) and incomplete, exceeded its modest estimate selling for €312,000. Many have been destroyed, while others are forgotten at the bottom of a drawer, as was the case with this binding plate. Its iconography alone, the expression of a complex theology, has not yet revealed its mysteries.

The entry of Christ into Jerusalem
In the Carolingian period, books were total works of art, where the iconography of the binding plates echoed the content of the manuscripts, Gospel books, sacramentaries and psalters they protected. The carving of their ivory plates is inseparable from the art of illumination. The main theme of the panel here is the entry of Christ into Jerusalem, which takes up the entire lower section, while the upper register depicts three miraculous resurrections and the episode of the donkey and foal brought to Christ. The rarity of certain subjects and the way they are depicted reopens the debate on the works produced by Carolingian ivory centers, which art historians are endeavoring to classify as different corpora. The small edifice symbolizing a tomb, from which the heads of the three resurrected people emerge, can be compared with a binding plate now in Nancy Cathedral, while the small castle serving as a transition between the first two scenes is similar to other plates now in London's Victoria and Albert Museum and New York's Metropolitan Museum. However, a 19th-century ivory altar carved in memory of Joan of Arc, presented in the same sale, did not find a buyer.