The Age of René Lalique in 80 Creations

Success awaited his bottle designed for Coty in 1910 and creations from the 1920s. 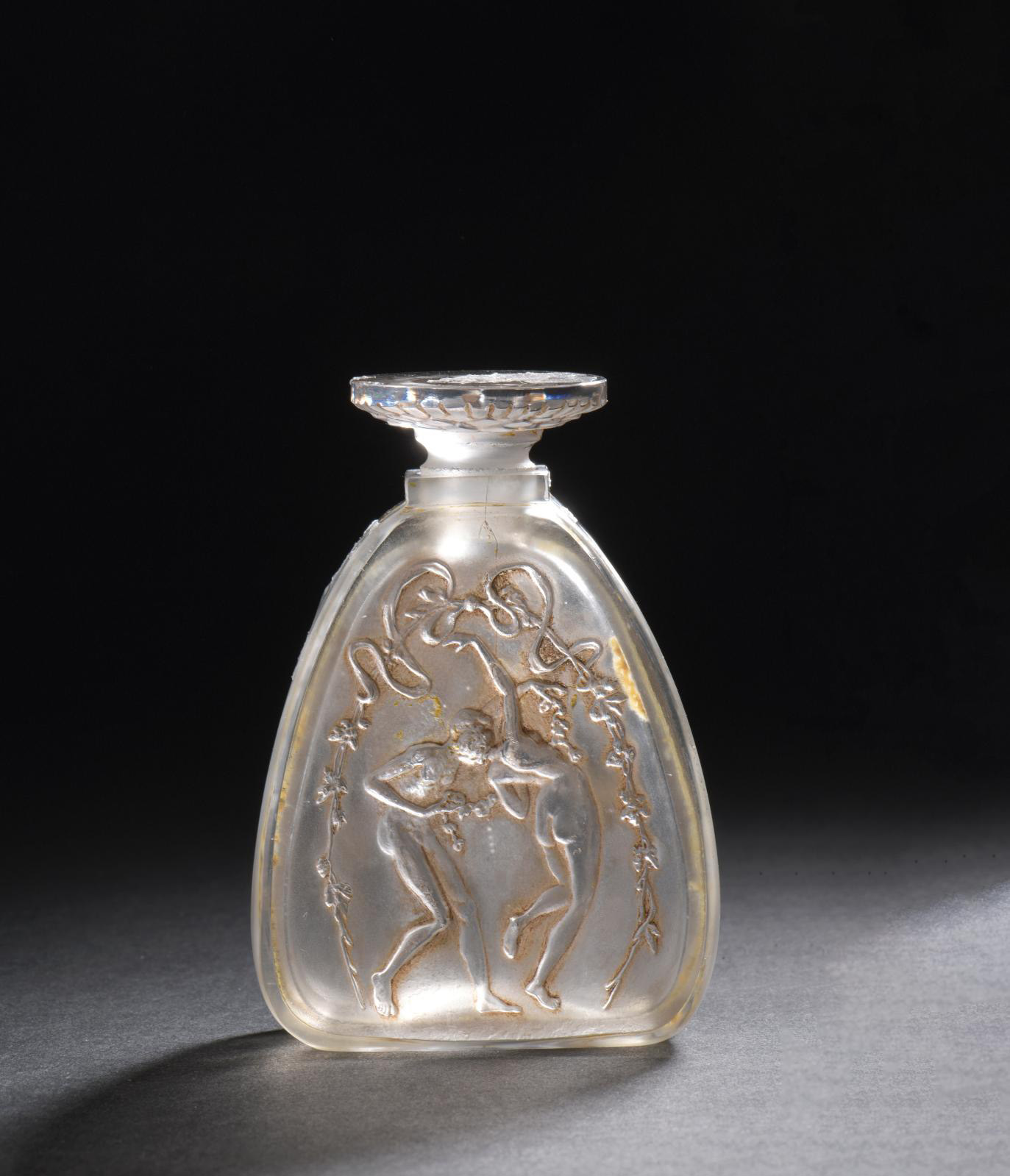 Over 80 of the glassmaker's creations kept by the descendants of a former Lalique craftsman aroused keen interest. Expected to fetch no more than €15,000, this perfume bottle designed for François Coty finally fetched €31,000. Known as L'Idylle (The Idyll) or L'Entraînement et le baiser (The Training and the Kiss), in reference to the decoration of a couple kissing on each side beneath a flowery stopper, it is remarkable for both its delicacy and rarity. Very similar to a model now in the Musée des Arts Décoratifs in Paris, it was probably produced on an experimental basis, and was one of the few examples distributed. This one is the third complete version that has come up for auction in 25 years.

Glass with Whistle: A Playful, Much Sought-After Object

C for Crystal
Not to be missed
Lots sold