As the planet and the debates on cultural appropriation heat up, the Centre Pompidou-Metz celebrates the eternal return to favour of folk arts and traditions. 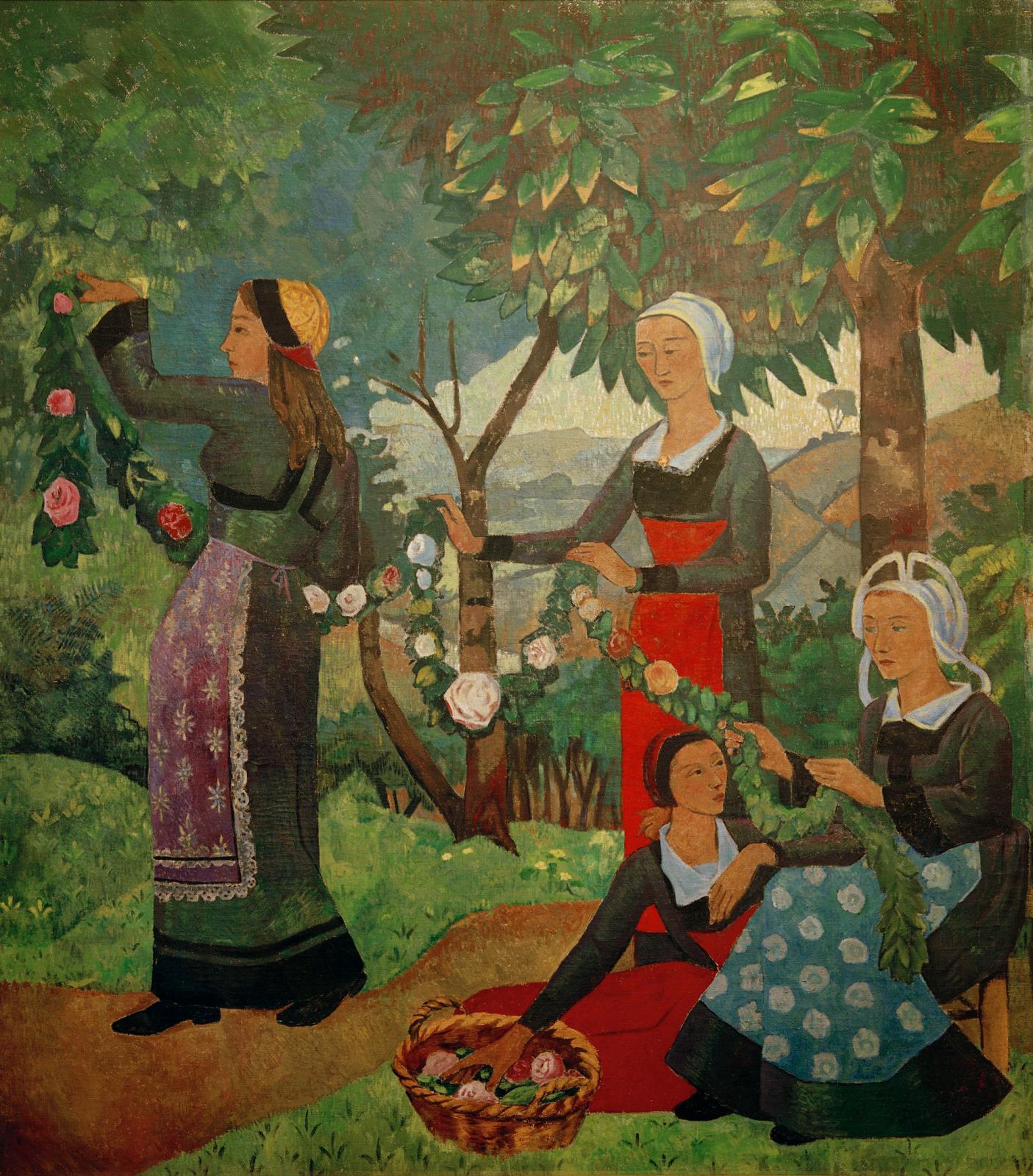 Coined in 1846, the word is the sum of two terms: folk "people" and lore "knowledge". Whether because of snobbery or a misunderstanding, the term, associated with ancient history and the exact opposite of the avant-garde, was unceremoniously tossed out of the scientific vocabulary. It was preferable to talk about folk tradition or art. The word became so entangled with ethnology and the intangible cultural heritage that at the end of the day nobody really knows what it means anymore. This show aims to provide some clarity from the outset. Works from the French Musée national des Arts et Traditions Populaires, founded in 1937 by Georges Henri Rivière (one of the first to consider folklore "the material sign of something alive"), line the walls of the antechamber of a maze of dark rooms forming a crossroads between civilisations. Designed by students at the École supérieure d'art de Lorraine, this installation sets the tone of a choral discourse on a portmanteau straddling art and the human sciences, an endless source of inspiration for artists, such as Paul Sérusier and the Nabis (A groupd of French artists active from 1888-1900). The first room features their works; their quest for roots led them to Brittany, where Gauguin said he found "the savage, the primitive" and met with a favourable response: "When my wooden clogs echo on this granite ground, I hear the dull, muted and powerful sound I seek in painting."
Later, the same yearning for authenticity in modernity, deemed phoney, prompted Kandinsky to research "archaic survivals" in Vologda, Gabriele Münter and the Blaue Reiter group, Bavarian traditions, Brancusi, Mihai Olos and Mircea Cantor, the Romanian myths of Oltenia. It led Natalia Gontcharova to take an interest in typical Iberian motifs, Asger Jorn and Emil Nolde in mountain dwellers' beliefs, André Breton in Celtic culture, Joseph Beuys in shamanism, and so on. The exhibition, as catch-all as its subject, paints a portrait of the artist as folklorist. It even shows where and how folklore goes off the rails, co-opted by nationalist ideologies or mass tourism. The "farandole provençale" was a sensation at the 1939 New York World's Fair, Marshal Pétain had a Christmas crib character made in his likeness and Swiss peaks appear on wallpaper. Ridden with paradoxes, folklore manufactures quaint trinkets that fill the display cases of museums featuring local colour – like Marcel Broodthaers' "cabinet of curiosities", Claudio Costa's 1970s "active anthropology museum" or the pockets of this 2016 Usine à divertissement (Entertainment Factory) that Bertille Bak mocks in a mordant video triptych. Merging the movement of knowledge and the trade in derivative products, the final sequence ventures into folklore without borders, as though today's rootless world has perhaps never been so eager to reconnect with its origins.

Opening: South Korean Artist Lee Ufan in Arles
Not to be missed
Exhibitions