A 25 September sale of paintings and bronzes at Drouot on the theme of hunting has every reason to make people talk about it, between the quality of the works and their provenance: the collection of Patrick-Louis Vuitton. 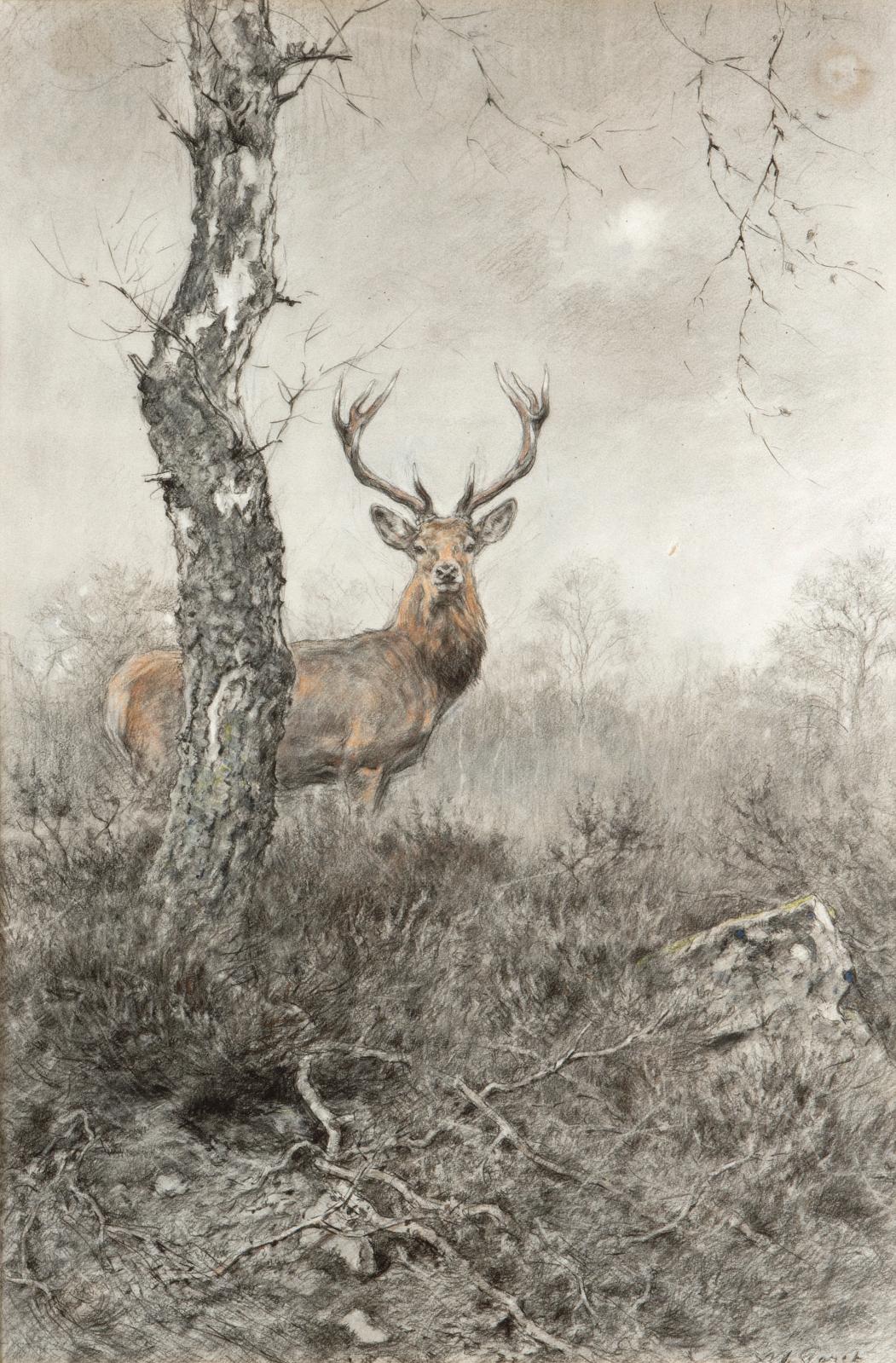 A magical name if ever there were one… Patrick-Louis Vuitton, a member of the fifth generation of luxury leather goods designers, died of a heart attack on 5 November 2019 at the age of 68. His sons will soon be selling his collection. Nearly 300 works acquired over 40 years at auctions, flea markets and dealers will be leaving the family homes in Neuilly-sur-Seine and Sologne. No preface to the catalogue, however, recounts Vuitton's passion for hunting or pays homage to this legendarily outspoken and strong-willed man, who painted in his spare time. Nor is there a photo of him puffing on a pipe, wearing a La Roirie crew outfit in the Andaines forest or working in the Asnières workshops, where he handled special orders for the wealthiest customers. He joined Vuitton at the age of 23 and, as a good heir to the family tradition, learned everything. "How do you expect me to design bespoke trunks if I don't know how they're made?" he used to say. As soon as the sale was announced, expert André Marchand received many calls for this "outstanding group" of the most beautiful works by the greatest hunting scene painters and less prolific artists.

Among the first, Édouard Doigneau, who started painting at the age of 30 after passing the challenging École polytechnique entrance exam with flying colours, enjoyed almost immediate recognition thanks to his landscapes of North Africa and the Bigouden country of Brittany. Around a dozen paintings and watercolours of his depict relay horses, dogs, their handlers and retrieval. Intérieur de chenil (Inside the Kennel), a painting done in Chantilly by Jean-Maxime Claude (1824-1904), known as Max-Claude, who is more renowned for his pretty, slow-striding Amazons, is striking for its morning light and the atmosphere of the animals' awakening (€1,000/1,500). The Duc d'Aumale bought some of the paintings now at the Château de Chantilly from this banker-turned-painter. René Princeteau (1843-1914), a devotee of racecourses and a talented horseman himself, was as skilled with a riding crop as a brush. Proof is the large (130 x 96 cm, 4.2 x 3.& ft) Vénerie du sanglier (Hunting Scene with Boar), estimated at €5,000/8,000.

Portraits of Dogs
Here, dogs – Black and Tans, Poitevin Hounds, Anglo-Français Tricolores, Gascon Saintongeois, Briquets Griffons Vendéens, Great Gascony Blues, Artois Hounds and Bloodhounds – hold centre stage more than men, horses and perhaps even game.
All the big names painted them, starting with the highly sought-after Xavier de Poret. This son of a hussar captain born in Dinan but whose childhood took place in the family property of Farcy, near Fontainebleau, in a setting of orchard, stables, orangery and aviaries, and who then frequented the Jardin des Plantes, knew everything about the paces of horses, the greatest stables, including those of the Queen of England, deer – in 1930 he followed their hunters to Switzerland – and hunting, which he enjoyed with the Vallière Rally. His works, including studies on paper of dogs, hares and deer (€500/2,500) and Cerf au clair de lune (Deer in the Moonlight), are famous for their mood and fine draughtsmanship. Portraits of dogs by Jules Bertrand Gélibert (1834-1916) and his younger brother Gaston (1850-1931) can be had for €200/1,000. Popular with the English, the elder brother's works are well represented in French museums - Cambrai, Saint-Étienne, Toulouse, Bagnères-de-Bigorre, his native town - but rarer at auctions.

A pair of watercolours by Charles de Condamy, son of an officer in Charles X's bodyguards, bon vivant and member of the Picardie Rally, will surely win hunters' hearts. The dogs wake up under the watchful eye of the valet and hunting master, who see that they are healthy and already alert. Our collector bought them for €150,000 at Drouot on 11 June 2001. Lastly, in addition to the famous figures Charles Olivier de Penne (1831-1897), Karl Reille (1886-1975) and Georges-Frédéric Rötig (1873-1961), keep an eye on a few bronzes. The cast iron, patina, craftsmanship, period, and, of course, rarity of the subject are their main assets. They include Camille Gate's Deux saint-hubert au repos  (Two Resting Bloodhounds) (€1,500/2,000), Pierre Jules Mène's Piqueux et son chien (Piqueux and His Dog) (€800/1,000), Isidore Bonheur's Le Veneur et ses trois chiens (The Hunter and His Three Dogs) (€1,800/2,000) and Cerf attaqué par quatre chiens (Deer Attacked by Four Dogs). Collectors from France, the United States, Belgium, the Netherlands, Italy and especially England, where fox hunting was outlawed in 2005, will not go home empty-handed.

Print the article
Newsfeed
See all news
Soissons' Cathedral of Saint-Gervais-et-Saint-Protais Gets Its Rose Window Back by the End of the Year
Ancient Egyptian Road, Buried for Centuries, Uncovered in Lavish Ceremony
The Mystery Behind This Chinese Painting, About to Go Under the Hammer
Finalists of MAXXI Bulgari Prize Announced
Not to be missed
Spotlight
An Invitation to the Ball with Magnificent Evening…
A wardrobe in exceptional condition takes us back to the splendors…
Spotlight
Eugène Gaillard, Samuel Bing and Émile Gérard:…
The destiny of three men converged on this iconic piece of Art Nouveau…
Spotlight
First Appearance at Auction of a "Saint Peter"…
A splendid find—a Ribera in fine condition, signed, dated and with…
Spotlight
The Romantic Treasures of the Pierre Collin L…
Some 300 books form the collection of Romantic illustrated books…