Carrying out a sweeping transformation of the Neapolitan palace-museum and its royal park, its director, Sylvain Bellenger, a Frenchman who spent part of his career in the United States, is implementing an innovative, sustainable and inclusive strategy—a pilot experiment in response to contemporary challenges. 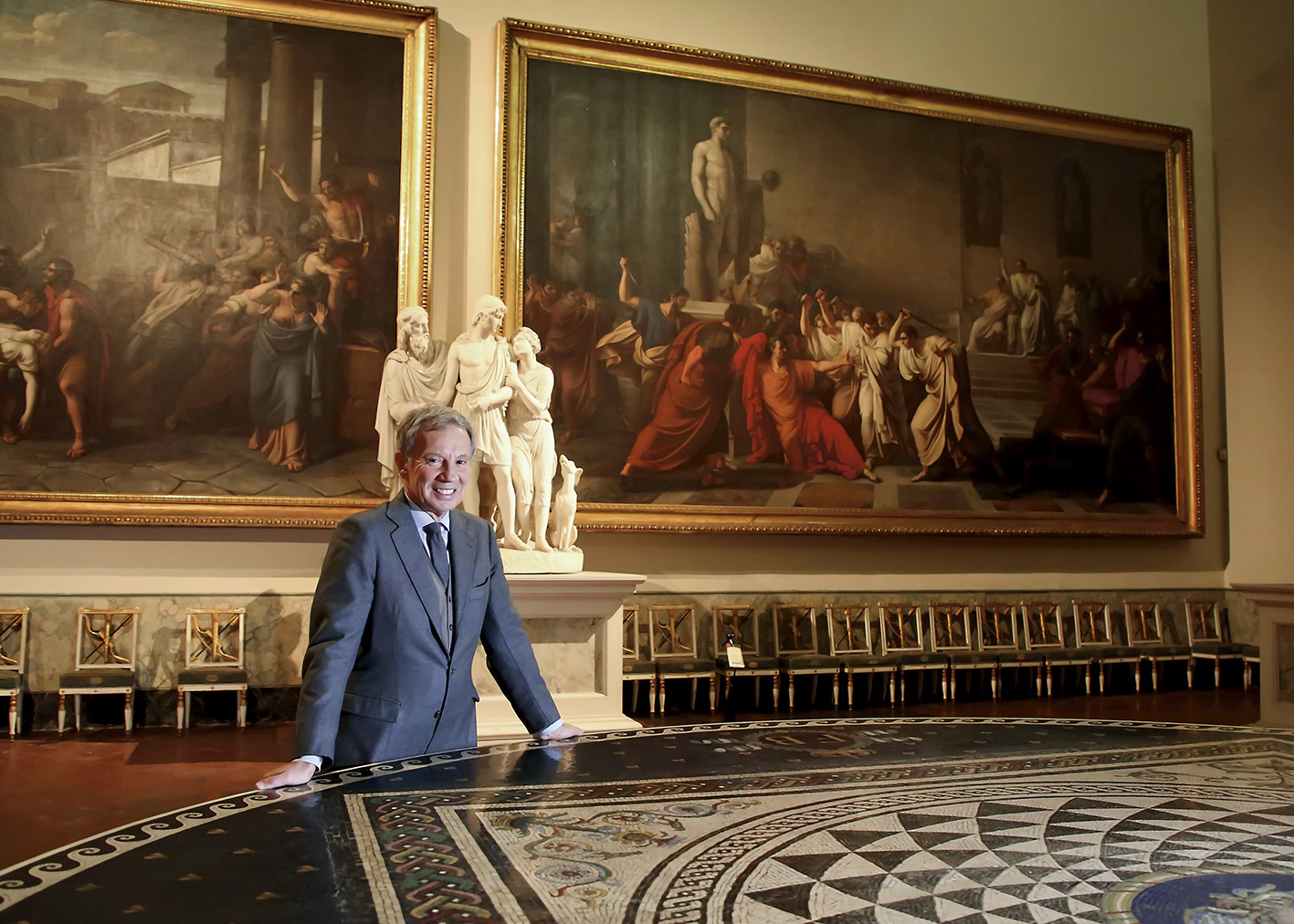 What are, in Capodimonte, the results of the reforms implemented by the Italian Minister of Culture Dario Franceschini?
The Minister's idea to reunite the Royal Palace of Capodimonte with its historic park was a first decisive and visionary step in the site’s transformation. In the past, the museum and gardens depended on two different approaches: the first heritage and the other landscape. Today, the palace, the Reggia, former fiefdom of the dynasties ruling the Kingdom of Naples from Charles of Bourbon (r. 1734–1759) to Joachim Murat (r. 1808-1815), which has some 4,700 major works including the prestigious Farnese collection, as well as its 134-hectare (approx. 331 acres) Bosco, Italy’s largest urban park, are now seen in their historical and cultural context. What's more, this orientation highlights, on the property itself, the ecological concerns of our time. Opening Capodimonte up to issues of nature, its fragility and its preservation nurture many fields of research conducted on-site.

In what way does this holistic approach improve the management of Capodimonte?
The original approach introduced by the Franceschini reform has influenced the development of the entire site. For example, the 400 plant species that flourish here have a common identity. All of them come from the sprawling Spanish empire inherited by Charles III and countless expeditions to China, Australia and Latin America. The Royal Park is therefore a living botany museum that reflects the great history of Naples as a port. In addition, the gardens and meadows are dotted by 21 factories and farmhouses created in the 18th century to be profitable and sustainable. All the farm and craft activities that once flourished at Capodimonte, from the dairy farm to the porcelain workshop, were not royal fantasies, unlike Rambouillet or Versailles. By considering the gardens from both a botanical and historical point of view, and the estate in all its unity, we were able to open it up to paths that had once been abandoned and strengthen our heritage and educational missions. Thus, free access to the park for walkers and runners, the open-air theater, film festivals linked to the collections and the creation of a popular musical institution foster an abundant, fruitful cultural life of which Capodimonte is now the heart.

Is internationalization a key to Capodimonte’s future?
Appointing a French director who had spent most of his career in Cleveland and Chicago was a starting point. The challenge is to restore the site's dimension in European history to match its collections. Shows devoted to Luca Giordano (1635-1705) and Vincenzo Gemito (1852-1929) have recently brought Neapolitan painting to the Petit Palais in Paris. Held in Capodimonte, they underscore these artists’ contributions to Italian art and the Neapolitans’ proximity to their common heritage. This desire for openness and exchange is also reflected in the area of conservation. The creation of the American Friends Association makes it possible to host American curators for two years, boosting English-speaking exchanges and allowing future museum directors to perfect their training outside the country. The program has a third beneficiary. As part of the Getty paper project, curator Claire Van Cleave, who specializes in Renaissance drawings, has just transferred the Farnese collection's drawing cabinet, the second largest in Italy, which few people have been aware of until now, to the Palazzina dei Principi (home of the children of Francis II). This space will eventually present the works on paper, both old and contemporary, preserved in Capodimonte, such as the Mimmo Jodice photograph collection. Looking further ahead, let's hope that future museum directors will acquire unique experience at Capodimonte that could change the relationship between Italian and foreign professionals.

Is this kind of initiative common in Italy or is it a pilot experiment?
It’s the only one of its kind in Italy. Capodimonte's collections span all of Italian art, from antiquity to the contemporary period, in its finest European artistic heritage. Capodimonte’s size and configuration make this place unlike any other, despite some possible parallels with Chambord or Potsdam. Our great project today is to update the site to meet the contemporary standards of major international museums. A huge, challenging technical restoration of the complex is underway. Meanwhile, the ongoing digitizing of all the artworks will allow free, quality access to all the collections. These long-term projects have only one goal: demonstrate that Capodimonte is a world in itself to be discovered, in step with current events and able to shed light on the future. The public's view of and desire to visit Capodimonte have already changed.

Mathieu Deldicque, a New Burst of Energy for Chantilly

The Automobile: A Sacrificed Heritage
Not to be missed
Interviews