Success for a Mythical Couple by Watteau

The sale of the contents of the Château de l’Herbaudière brought to light a famous drawing—the prelude to an 18th-century masterpiece—and an impressive painting by Le Sidaner. 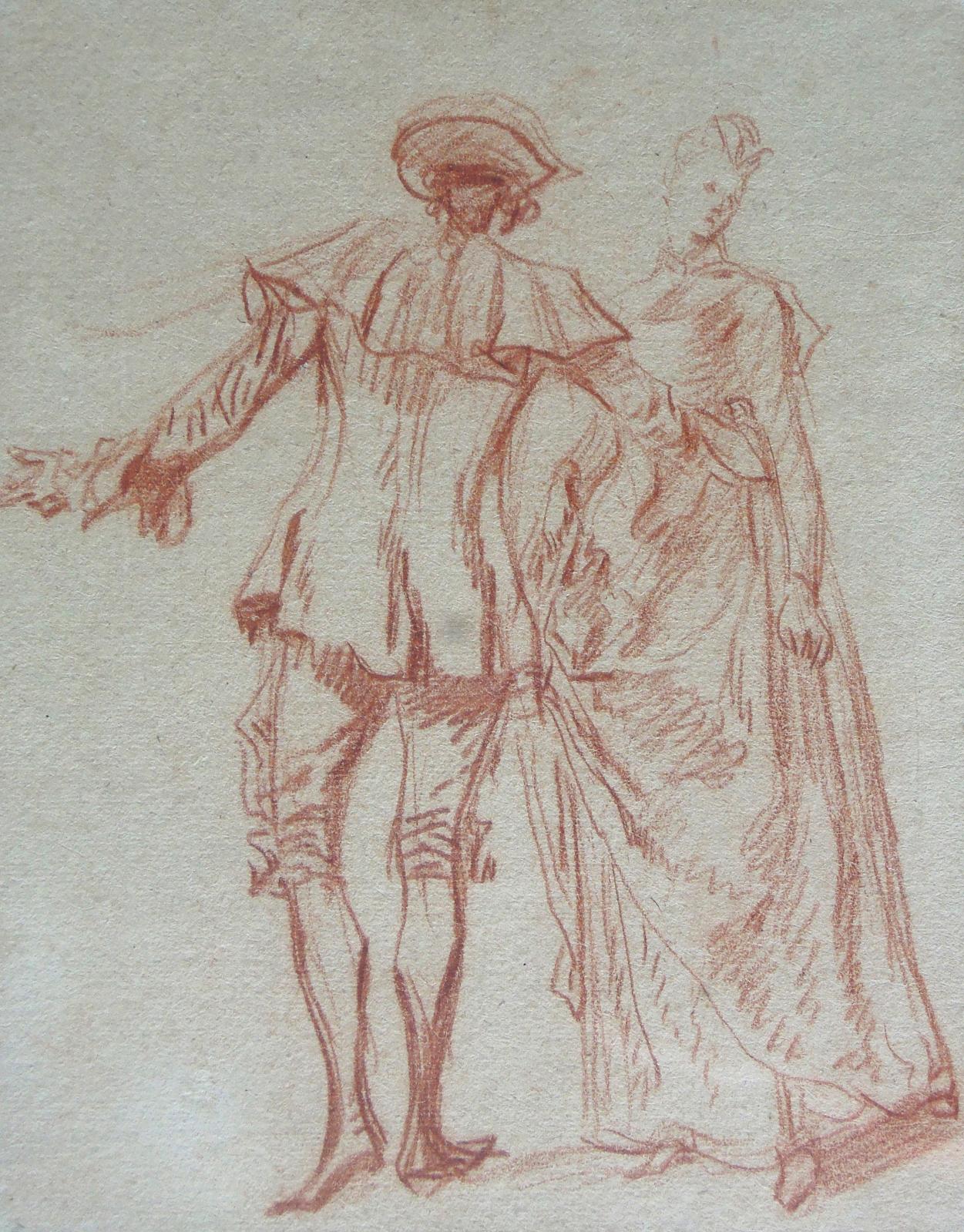 After five years of hesitating, on August 28, 1717 Jean-Antoine Watteau finally delivered his entry for admission to the Académie royale de peinture (French Royal Academy of Painting), L'Embarquement pour Cythère (The Embarkation for Cytherea), where couples of lovers animate one of the most beautiful paintings of the French school. The famous work, today on display at the Louvre (another version is in Berlin’s Charlottenburg Palace), was preceded by preparatory drawings, including our brilliant Étude pour les deux figures centrales de "L'Embarquement" (Study for the two central figures of "The Embarkation”), which, for a long time, was in a château in Les Deux-Sèvres. At the end of a bidding war in the room and on the phone, a French collector acquired the swirling work for €390,600. The second masterpiece was Henri Le Sidaner’s quiet landscape Le Canal, soleil, Gisors, Les Maisons sur la rivière (The Canal, sun, Gisors, Houses on the river). The signed 1913 painting (54 x 65 cm/21.26 x 25.60 in) fetched €293,880, the right price for a work that, while its fragmented technique is borrowed from post-Impressionism, lets symbolist resonances show through. The shimmering painting is listed as no. 315 in the artist’s 1989 catalogue raisonné. A lot of two enameled cast-iron orange tree pots from the Napoleon III period bearing the mark of the Saint-Joseph-du-Bourget crystal glassworks and decorated with lambrequins in the spirit of Rouen faïence (h. 66 cm/25.98 in, diam. 61.5 cm/24.21 in) stood out in the decorative arts department. Each has lion-head handles and rests on four semi-cylindrical legs. Together they fetched €38,440. La Jeunesse (Youth), a c. 1750 Aubusson tapestry (240 x 320 cm/94.48 x 125.98 in) with a refreshing subject and tones, sold for €17,608.

Jean-Baptiste Pillement: Poetry and a Change of Scene