The Vietnamese painter is sure to make a splash once again with a large lacquer work enhanced with gold, alongside a Chinese seal and a Mongolian sculpture from the 18th century. 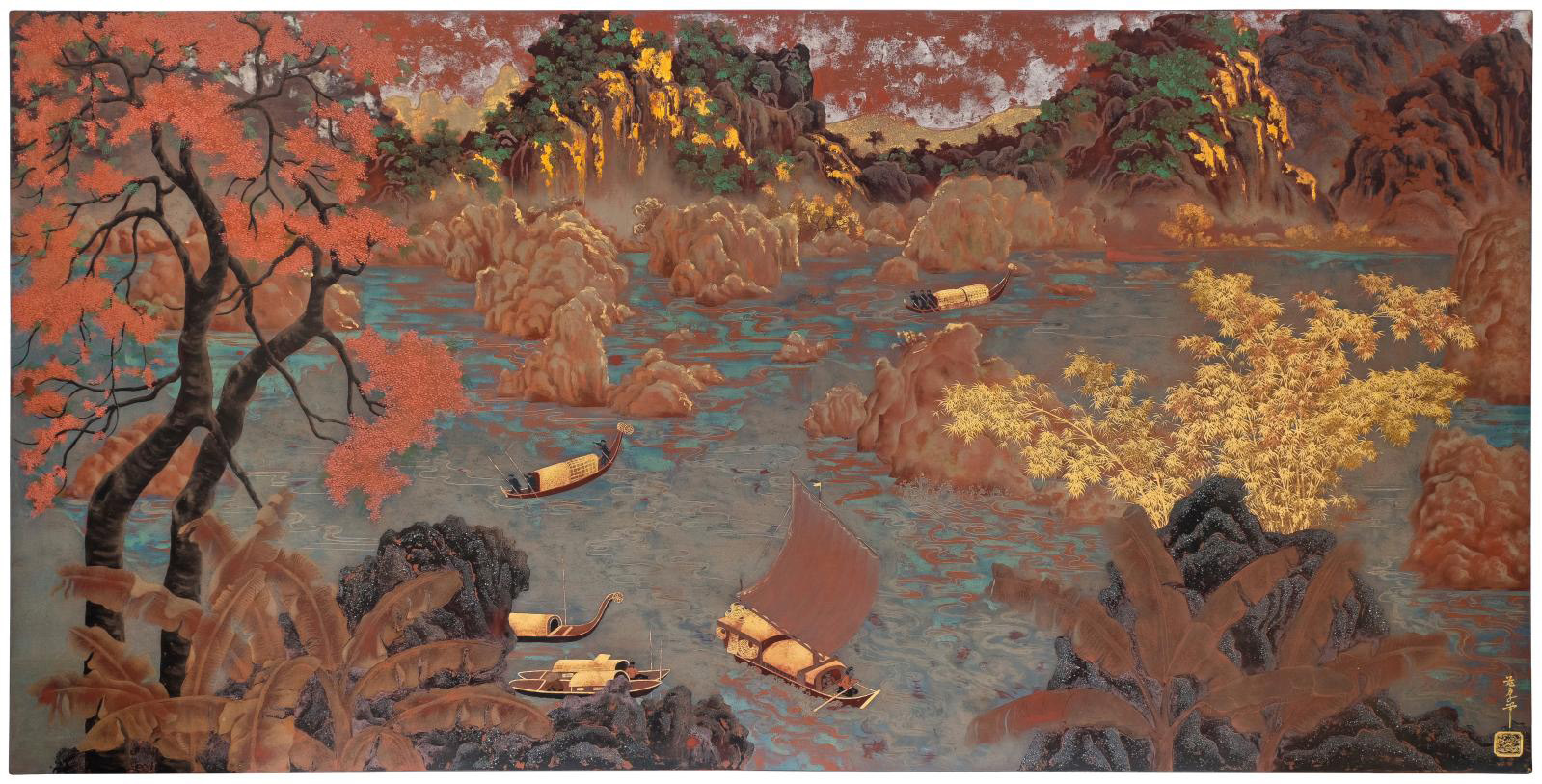 Pham Hau seems to be everywhere at the moment, and keeps breaking his own records. The same could happen with this large lacquer celebrating the famous Halong Bay, with mountains overlooking the water dotted with fishermen's boats. Nature is also luxuriant and colorful, with reds, greens and golds enhancing the trees and flowers in this landscape. A balanced, lively composition is worthy of the finest creations of the artist, who entered the Hanoi School of Fine Arts at age 26, after spending three inspiring months in Nam Son's studio. This employee of the Hanoi railway station discovered Western art while perfecting his skills in traditional Vietnamese lacquerware. His teachers, Victor Tardieu, Joseph Iguimberty and Alix Aymé, helped him not only master this complex technique, but also renew it. Local landscapes were his favorite themes, but he now integrated new variations of transparency, opacity, depth and perspective into them. After opening his studio in 1934, he met with instant success. In 1945, he received the Annam Dragon medal from Bao Dai for his contribution to the influence of Vietnamese art.

The next part of the sale moves to China, with a finely carved quadrangular seal in rust-veined white jade (2.4 x 2.4 x 2.4 cm/0.9 x 0.9 x 0.9 in), with a coiled chilong forming the handle and a smaller dragon on one of its sides. There is an estimate of €50,000/80,000 for this Qianlong period piece, whose base carries the inscription "long" in sigillary script, surrounded by two dragons facing each other: a stamp referenced in the Qingdai Dihou Xiyinpu (a book of impressions of Qing Dynasty Rulers and Empresses’ seals). One last point: the seal belonged to the collection of a former naval officer, and has remained with his descendants since the end of the 19th century.

A less common destination in Asian art sales, Mongolia will be represented here by a gilt bronze statuette of the Buddha Amitabha, "infinite light", seated in vajrasana on a leaf-shaped base, holding the kalasha. Estimated at €15,000/20,000, this 18th-century sculpture is linked with the school of Zanabazar, an enlightened 17th-century artist and emperor descended from Genghis Khan.