Two famous names and a work with flawless aesthetics and a perfect pedigree sparked a bidding war ending at over one million euros. 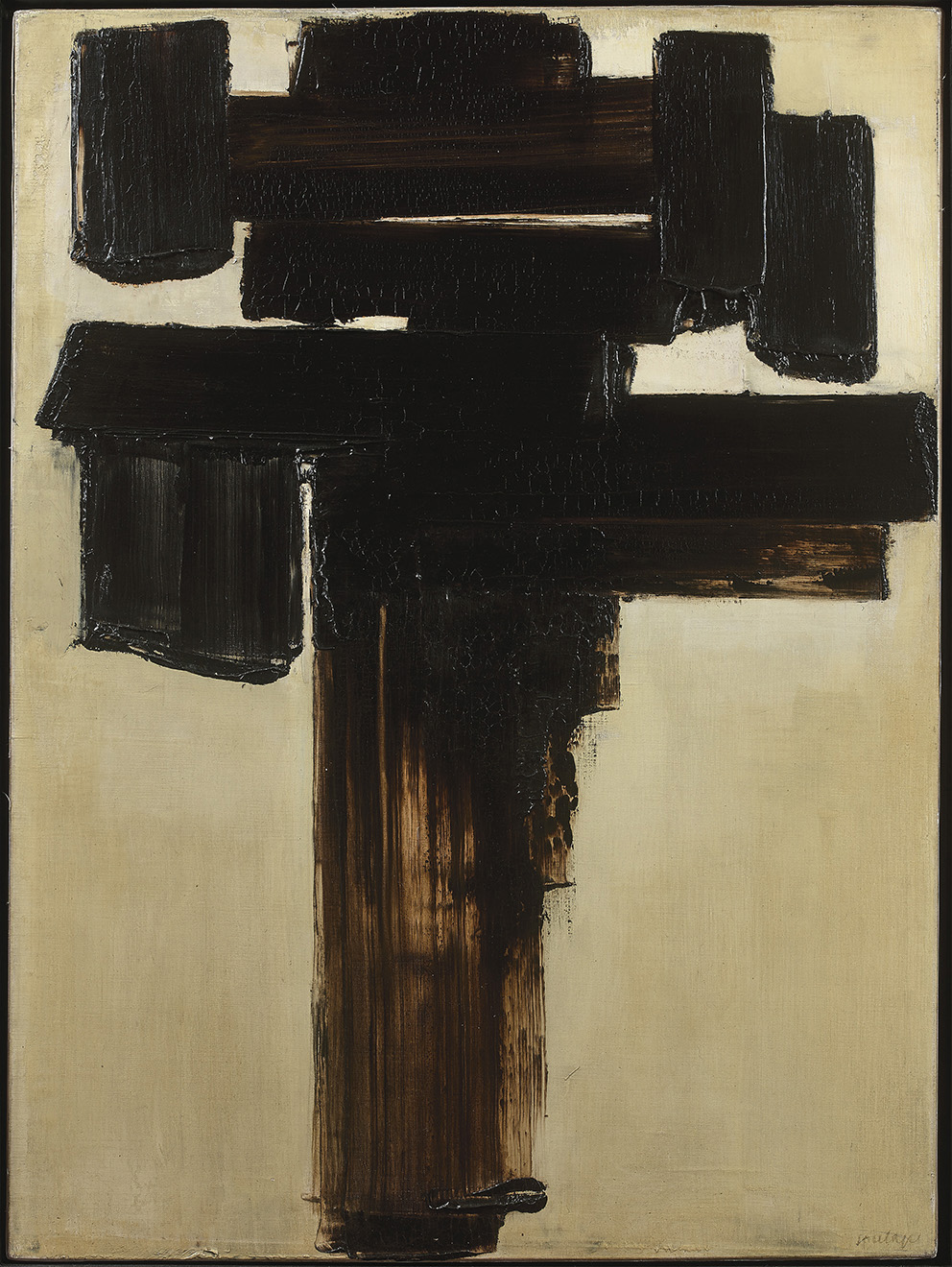 This powerful 1956 composition appeared on the cover of the last La Gazette in 2020. Peinture 81 x 60 cm, 3 décembre 1956 (Painting 81 x 60 cm, December 3, 1956) fetched €1,476,200, soaring past its high estimate of one million euros. After a long battle between seven bidders, including six on the phone (online bidding was not allowed for this lot), a European collector won the highly coveted work. After the sale, Jean Rivola, one of the two auctioneers at Caen Enchères, said, "This a very fine, international-level price." In December 1956 Léopold Sédar Senghor bought the painting directly from Pierre Soulages in the artist’s studio. Until now, it had never left the Senghor’s home in Verson, Normandy, except to be loaned out for exhibitions. It hanged in their book-lined library until the estate sale of the wife of the man who was Senegal’s president from 1960 to 1980. Senghor was a very close friend of Soulages and greatly admired his work, to which Dakar’s brand new Museum of Contemporary Art devoted a 1974 retrospective. On that occasion, the art-loving president said, "I am telling you: Pierre Soulages is the poet of new times".

Prints by Soulages
Not to be missed
Lots sold