For the first time in a century, the National Gallery in London is presenting some 60 works tracing Sorolla's career. 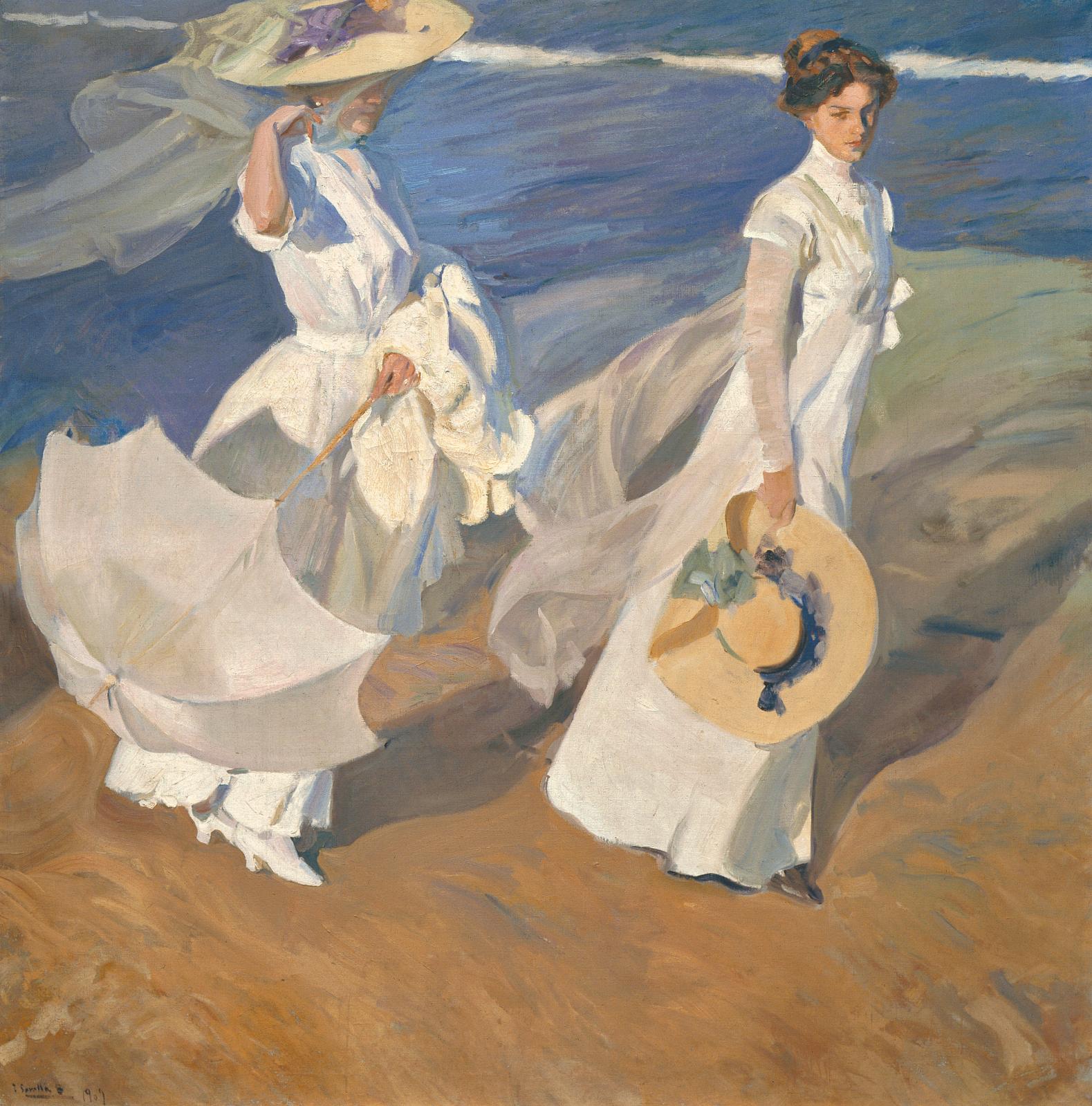 It was Monet himself who gave him the nickname "Master of Light". Joaquín Sorolla y Bastida did not fully adhere to the Frenchman’s technique, but was nevertheless considered the "Spanish impressionist". His works are noted for their vibrant flashes of pure light: Cosiando la vela (Sewing the Sail), painted in 1896, is characteristic of his manner. For the first time in a century, the National Gallery in London is presenting some 60 works tracing Sorolla's career. In seven rooms, the exhibition shows every facet, from his omnipresent family, with Madre (1895-1900), all in white, to his muse and wife Clotilde in a Black Dress (1906). The same figures walking on El Cabañal beach are found in another dazzling, light-splashed canvas. But Sorolla also engaged with social issues: Another Margarita (1892), his first great success, depicts a woman’s arrest for infanticide. Although modern, he acknowledged his debt to the Old Masters. Portrait of Maria with a Mantilla (1910) recalls Goya. The admirably pearly Female Nude (1902) is a response to Velásquez's Venus in the Mirror (1651). Four major preparatory studies (1912) plunge into Spanish folk traditions and landscapes, such as the Alcázar Gardens in Seville and the Alhambra in Granada. Spanish to the core of his soul, Sorolla had "a bold, innovative sense of composition”, says curator Christopher Riopelle, and "the brightness of sunlight on the water, muggy heat of an afternoon and strength of a sea breeze […] radiate from his works”.