Records and preemptions were on the agenda, with examples in a variety of artistic disciplines reaching high prices. 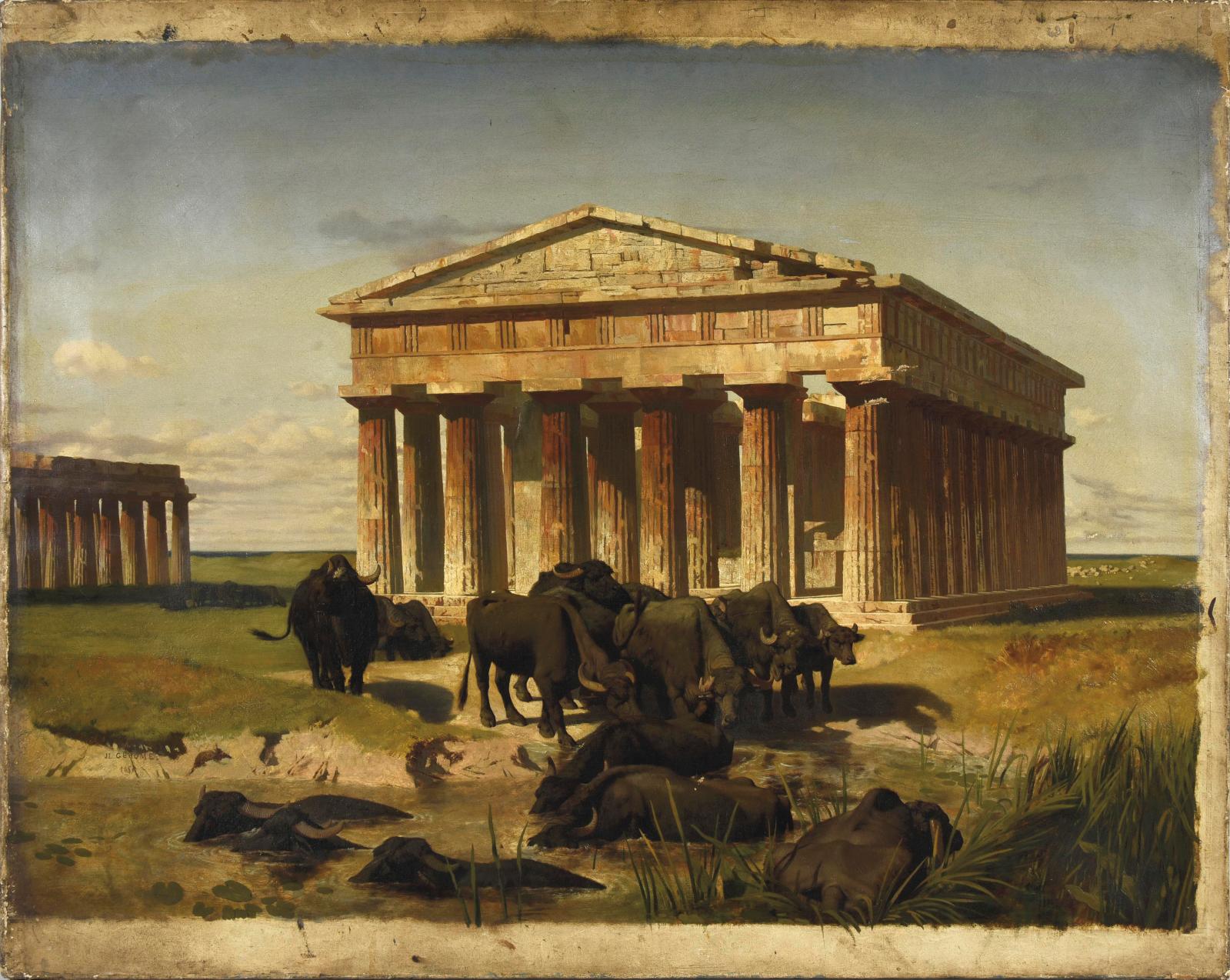 Painted in 1851 by a young Jean-Léon Gérôme (1824-1904), Paestum et un troupeau de buffles (Paestum and a Herd of Buffaloes) had not come up on the market since the 1900 sale of the Moreau-Nélaton collection. To say the least, dealers and those who love old paintings packed the room for this sale. While remaining faithful to Greek neoclassicism, Gérôme was already boldly embarking on a different path by introducing a mundane herd of buffaloes, quite indifferent to the passing of centuries, in front of the ancient landmark temple. Boasting all these features, the oil on canvas fetched €218,960, doubling its estimate and proving that rediscoveries are always in high demand. Then, a lacquer by Pham Hau and Francis Picabia’s painting Laveuse, Villeneuve-sur-Yonne, effet d'automne (Laundress, Villeneuve-sur-Yonne, Autumn effect) made a noteworthy entrance (€231,840 and €193,200, respectively) followed by results that matched their quality. Two plates attributed to enameller Jean Limosin (c. 1528-1610), each featuring a Roman emperor on horseback and presumably belonging to a set of 12 depicting the Caesars after Tempesta, also achieved high prices. The first, showing Vespasian, achieved the imperial result of €141,680. The second, displaying Vitellius on a magnificent blue steed was acquired for €113,344 by the Louvre Museum exercising its right of first refusal thanks to financial help from the La Marck Foundation (source: La Tribune de l'art), strengthening a decorative arts department already rich in painted enamel pieces and adding to the body of knowledge about the first-rate Limousin workshop’s output. In the afternoon, Le Jardin de bananiers (The Grove of Banana Trees), a 1939 oil-on-canvas (71x 49.5 cm) by Luong Xuan Nhi (1914-2006), who graduated from the Hanoi College of Fine Arts in 1937, fetched €103,040. The former headmaster of the Hanoi Vocational School bought this painting, as well as Pham Hau’s lacquer, at the annual show in 1939 or 1940 of works by the school's students.