Simon Baker: From the Tate to the MEP

With the acquisition of forty-six prints by Irving Penn and three thousand contemporary books, the former curator of the Tate, now director of the Maison Européenne de la Photographie (MEP) in Paris, unveils his strategy. 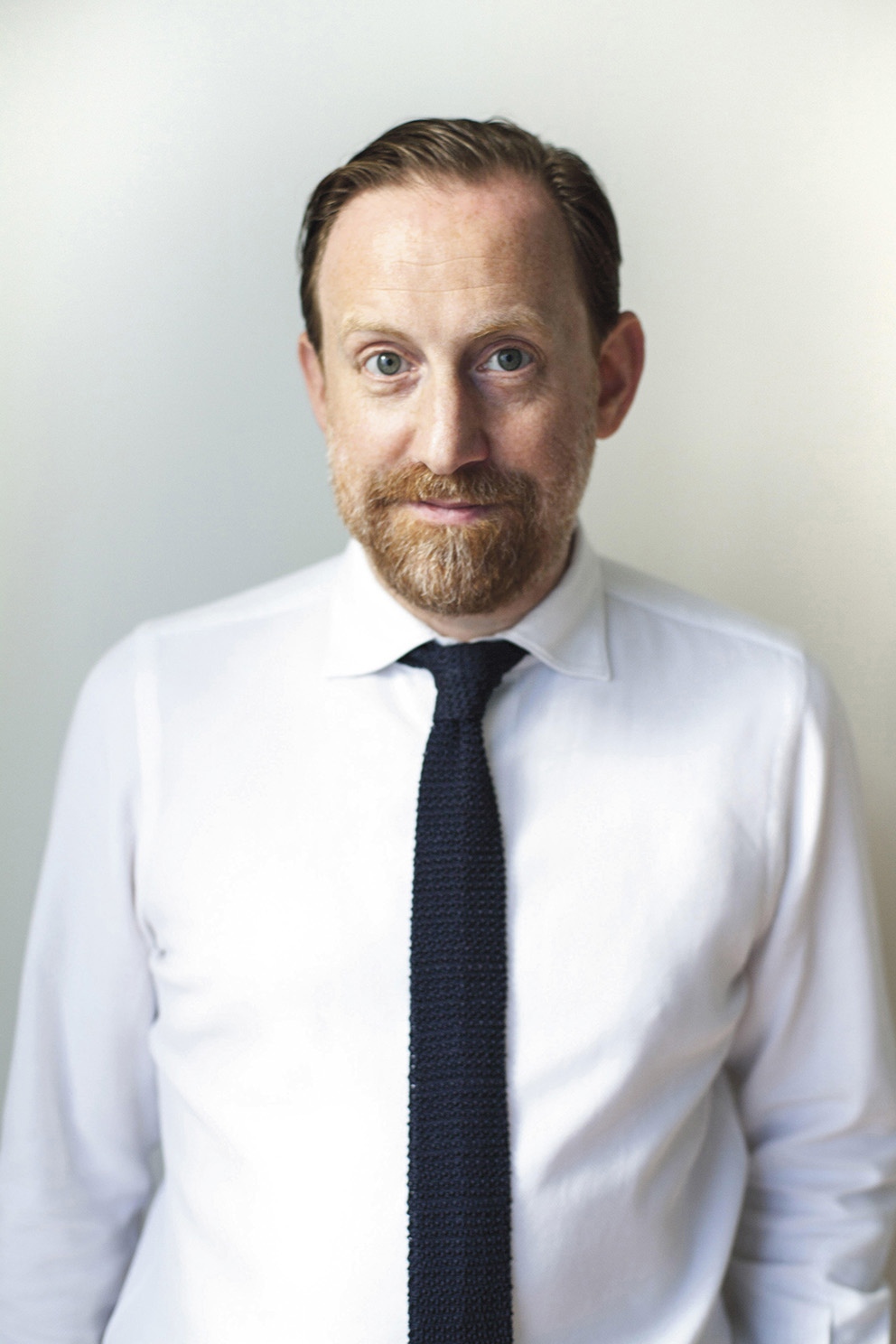 Coming from the Tate Modern in London, where you played a key role in developing its photographic collection, you have often said that one of the MEP's assets is its collection. What are its specific features?
Yes, one of the reasons I applied for the position in 2018 was this collection, which covers the 1950s to the present day, and includes major names like William Klein, Helmut Newton, Richard Avedon and Cindy Sherman. In addition, with the majority of photographers, the MEP also owns not one or two pieces but large groups and even complete series, like Nobuyoshi Araki's "Sentimental Journey" and Robert Frank's "Americans". From the outset, this idea of acquiring series was a firm commitment for Jean-Luc Monterosso (co-founder of the MEP and its director until 2018—Ed.). Today, it remains one of my priorities for development.

Why is it so important, in your view?
Because most photographers conceive their work in series, in the long term. So this decision means that I respect this specific aspect of the medium and the artists' approach. I am also continuing my predecessor's work.

Is this the spirit in which the MEP took in forty-six prints by Irving Penn, when it already owned sixty-three? What is the story behind this remarkable acquisition, because Penn himself made all the prints?
At the Tate, I had already been in contact with the Irving Penn Foundation in New York, so I knew that they could be very generous... When I contacted Irving Penn's son Tom, he was immediately interested. He told me that the MEP owned Europe's most significant public collection of his father's work, but he felt that some key pieces were missing. So he suggested we look at our entire Penn collection and draw up a list of works to fill in the gaps.

What were the conclusions?
The Foundation listed eighty prints, representing $5 million: an amount we could not possibly raise. So we started discussions and agreed on forty-six pieces worth $2 million... And we got them at a much lower price. The idea is to develop a sort of mini-retrospective covering 1939 to 2007. This overview of his work is all the more faithful as all his series are now represented in our collection.

Which arguments helped you obtain a preferential price?
First of all, Tom wanted a representative group to be in France, not somewhere else, because his father really loved the MEP. It was a way of honoring his memory. Secondly, the fact that we regularly lend to museums played in our favor. For example, we are probably the only institution to own the "Twelve Hands of Miles Davis and his Trumpet" (1986), a series that is impossible to reconstruct. Finally, we undertook to create a traveling exhibition of our one 109 Irving Penns in different countries, like Japan, Brazil and China. This proposal appealed to Tom, because it will help make his father's work better known throughout the world.

How does the MEP work as regards its acquisitions?
The choices are approved by our acquisitions committee, whose members are renewed every three years. We don't have a precise budget for the financial side. The Paris City Hall allocates us an overall sum, and once all the costs and expenses are deducted, the rest can be devoted to the collection. So we have somewhat limited means. This is why I created the Collectors' Circle, as I did at the Tate. The Irving Penns are the first acquisition of the Circle, which received an exceptional donation from the Fondation Etrillard for the occasion.

Is it now vital to develop private patronage?
I believe so. Before my arrival, most acquisitions were made using public money and donations, rarely through private patrons. We are now reversing this trend. We have greater means but, obviously, it rather depends on chance. Given the precariousness of the current situation, it's difficult to make plans. What is certain is that private money will make up an increasingly important part of our acquisition budget in the future.

Are your scheduled events an opportunity to buy works?
I have a principle: the money spent on producing exhibitions should come back to us as far as possible. I consider it public money, which we have a duty to use well. So it's part of our contract with the artists. In fact, this is discussed on a case-by-case basis when deciding on the number of works. It depends on the generosity of the creators, their possibilities, the price of their works, and also on the amount we invest in producing the exhibition.

Which works have entered the collection in this way?
In 2019, we bought over seventy prints from two series by Henry Wessel and received various donations: two works by Marguerite Bornhauser, who has just been given the Emerging Photographer of the Year Award by Photo London; ten by Coco Capitán, fifteen by Hassan Hajjaj and eleven by Yingguang Guo. This year we received three donation proposals from Ursula Schulz-Dornburg, Estelle Hanania and Erwin Wurm. With the latter, the gift looks set to be substantial and should contain both prints and videos.

In addition to some 23,000 prints, the MEP owns artists' films, documentaries and over 3,000 books. What interested you in the Self-Publish, Be Happy collection, which has now joined the collection?
The fact that these three thousand books illustrate the dynamic international publishing output of the last ten years. This includes publishers' books and original dummies as well as self-published works. As with Irving Penn, it was an opportunity, since publications are becoming increasingly rich and varied, and thus very hard to keep up with. We were interested in this collection, which focuses on the contemporary period, because it complements our collection.

Tell us about the endowment fund that made the collection's entry possible.
It is an initiative of Jean-François Dubos, president of the MEP, who wanted to finance various proposals for which we have no budget. By mutual agreement, we decided to inaugurate this endowment fund with Self-Publish, Be Happy. Bruno Ceschel, its founder, had been approached by the San Francisco Museum of Modern Art and the Tate: he chose the MEP, taking into account both the size of our collection and our location. Paris is definitely an epicenter for photographic publishing, as evidenced by the Polycopies and Offprint shows held during Paris Photo. This collection will be the focus of workshops and meetings. I am keen to make the MEP a recognized venue for photo books through its library and bookstore, whose surface area has quadrupled since my arrival.

Your ambition is also to highlight the collection even more in the programming. After "Fil noir" (“Black thread”) in 2019, when will it be back in the spotlight?
We have plans for next summer, with an exhibition featuring artists who have photographed their own intimate worlds or close circles, like Nobuyoshi Araki, Nan Goldin, Larry Clark, Hervé Guibert and Alix Cléo Roubaud. Our collection will be the starting point, with loans for the contemporary part.

What is your assessment of the year 2020?
On the acquisitions side, it's been very positive because in terms of "market value", it exceeds three million euros, while our outlay has been relatively small. Let's remain optimistic for the future, even if there are plenty of uncertainties...

Ruben Sobol, photographer of the Roaring Twenties
Newsfeed
See all news
Frieze New York is Coming Back in May
Museums Permitted to Reopen in Six Italian Regions
A Mysterious Tanguy Work is Up for Auction
Stunning Discoveries in Saqqara
Not to be missed
Interviews
Led by Jean Paul Gaultier, Fashion Backs Sidaction
Jean Paul Gaultier is the artistic director of an auction to benefit…
Interviews
Alexandre Giquello and Brice Pescheteau Badin: Drouot…
Alexandre Giquello and Brice Pescheteau Badin, president and director…
Interviews
Alain Servais and His Collection: A "Platonic" Relat…
The Belgian banker has been collecting art for art’s sake since…
Interviews
Hollywood Arensberg: Avant-Garde Collecting in Midcentury…
We spoke with Mark Nelson, William H. Sherman, and Ellen Hoobler,…