The world’s largest private collection of works by Paul Signac (1863-1935)—nearly 70 paintings and watercolors—is on display at the Paris museum until July 19. 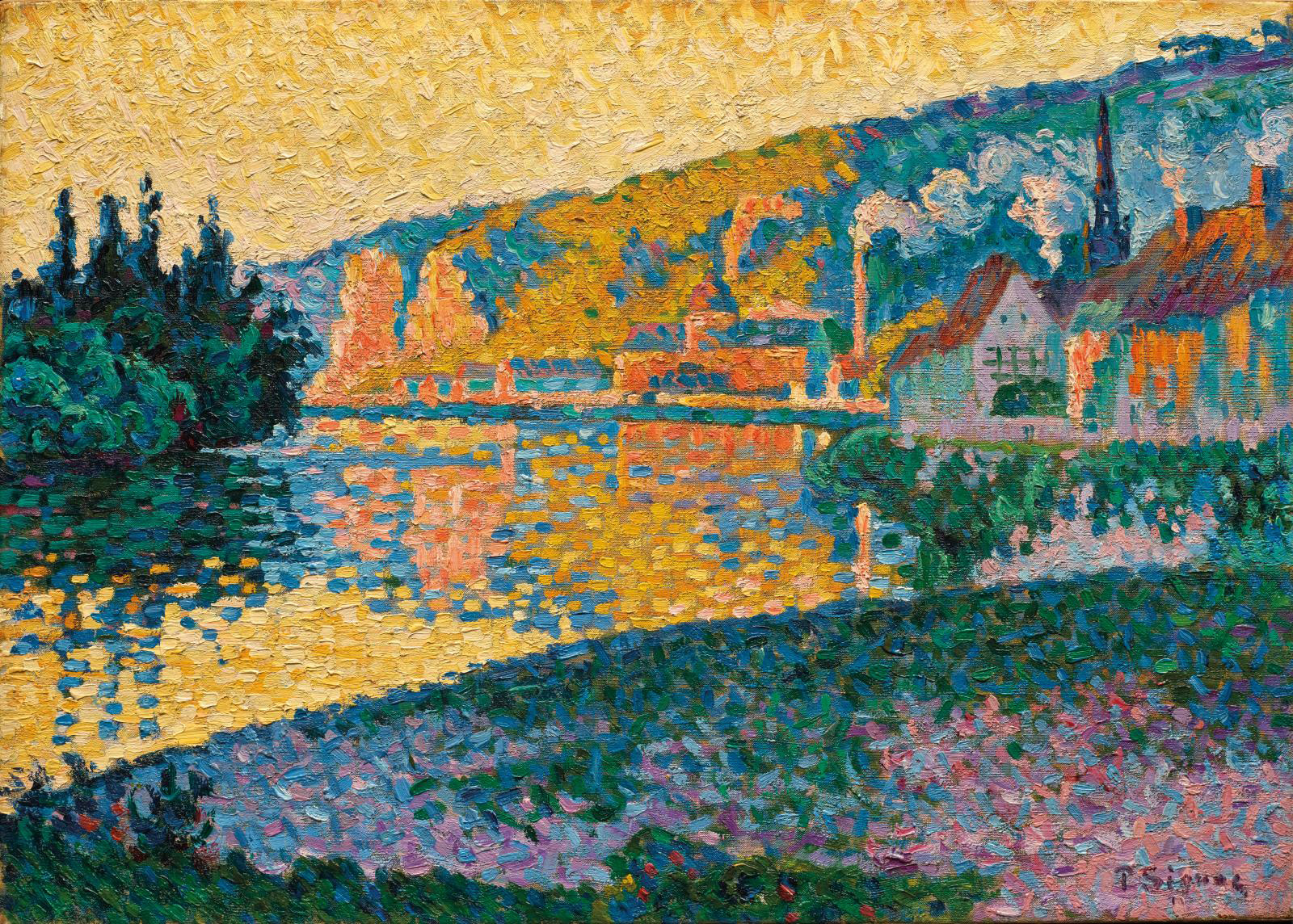 The show traces Signac's career from his earliest beginnings—an original composition executed on a palette at the age of 19—to his 1920s views of French ports. The whole Neo-Impressionist adventure also unfurls across the rooms, with paintings by Henri Edmond Cross, Georges Lacombe, Achille Laugé, Maximilien Luce, Pissarro and Pierre Van Rysselberghe, among others. However, there are just two drawings by Seurat: the few paintings by the artist who invented Divisionism are still rare on the market. The show follows the development of this young admirer of  Claude Monet, whose Impressionist style he adopted before turning to Seurat’s Divisionism. It also shows how much Signac’s palette of saturated tones grew increasingly close to Fauvism without ever fully embracing it, displaying a fierce fidelity to Neo-Impressionism. He also remained faithful to Monet, whose lessons he applied to the end of his life in sumptuous, almost monochrome landscapes.

The show features all the nuances of his style and the diversity of his influences, from Claude Gellée to Turner, as well as the Neo-Impressionist movement’s richness and complexity with Luce and Pissarro’s naturalist accents, Cross and Lacombe’s decorative and Symbolist works and Van Rysselberghe’s bright, geometric compositions. Several paintings, already seen at other shows, look almost familiar, but many—and not the least—are visible to the public here for the first time.

Seurat at Work
Newsfeed
See all news
An 18th-Century Masterpiece Will Be Unveiled for Heritage Days in Paris
Mark Your Calendars for the 7th Edition of "Un Dimanche à la Galerie"
Asia Now in Paris Places the Spotlight on Iran
Is Afghanistan's Art Safe Under the Taliban?
Not to be missed
Exhibitions
The New Woman Behind the Camera
Now at the Metropolitan Museum in New York and then on to the National…
Exhibitions
Gardens at Giverny, from Monet to Bonnard
Composed, like a huge bouquet of about a hundred paintings, drawings,…
Exhibitions
The Giacomettis, a Family of Creators
We all know that Alberto Giacometti was talented, but what do we…
Exhibitions
In Arles, Vincent van Gogh’s Late Paintings Are Reimagined…
At the Fondation Vincent van Gogh Arles , the American artist Laura…