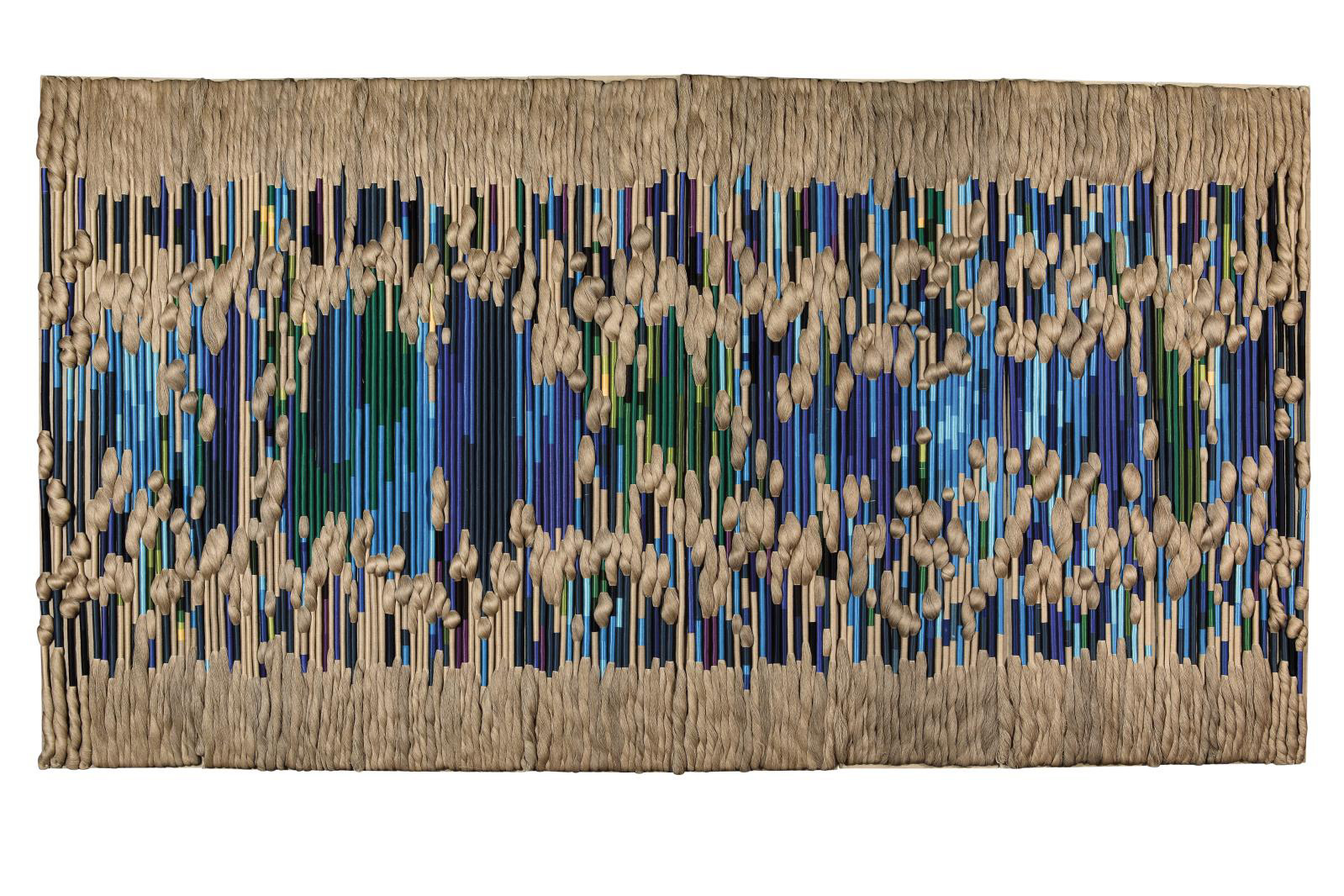 What made Sheila Hicks put aside her paintbrushes? Was it because she took classes with Bauhaus color theorist Josef Albers at Yale, met Raoul d'Harcourt, a pre-Incan textile specialist, or spent part of her youth in Chile and Mexico? In any case, a new country was waiting to be discovered. After moving to Paris in 1964, exhibitions and commissions soon followed: wild silk bas-reliefs for Boeing 747s and Kennedy Airport in New York, wall hangings for the new conference center in Mecca, a composition for the headquarters of IBM France and a tapestry in a hall at the French National Assembly. In the 1970s, she created La Fugue for the Rothschild Bank’s headquarters on rue Laffitte at the invitation of interior designer Michel Boyer. Hicks covered the walls of a windowless room with thick skeins of natural linen trimmed in places with emerald green, royal blue and turquoise cotton and silk. Viewers gazing at this textile forest are struck not only by the artist’s technical prowess but also her mastery of color and space. La Fugue is made up of 166 linen skeins, partially sheathed in dyed silk, that Hicks calls ponytails, assembled on eight wooden panels covered with natural linen. In private hands since the bank headquarters closed in the early 1980s, the magisterial work is back in the spotlight. What a joy!