Sam Stourdzé: Towards the Rebirth of the Villa Medici

Sam Stourdzé, 49, has been director of the French Academy in Rome since September 2020. The photography and cinema specialist talks about his determination to make the Academy a place open to both contemporary creation and a revisited history of art. 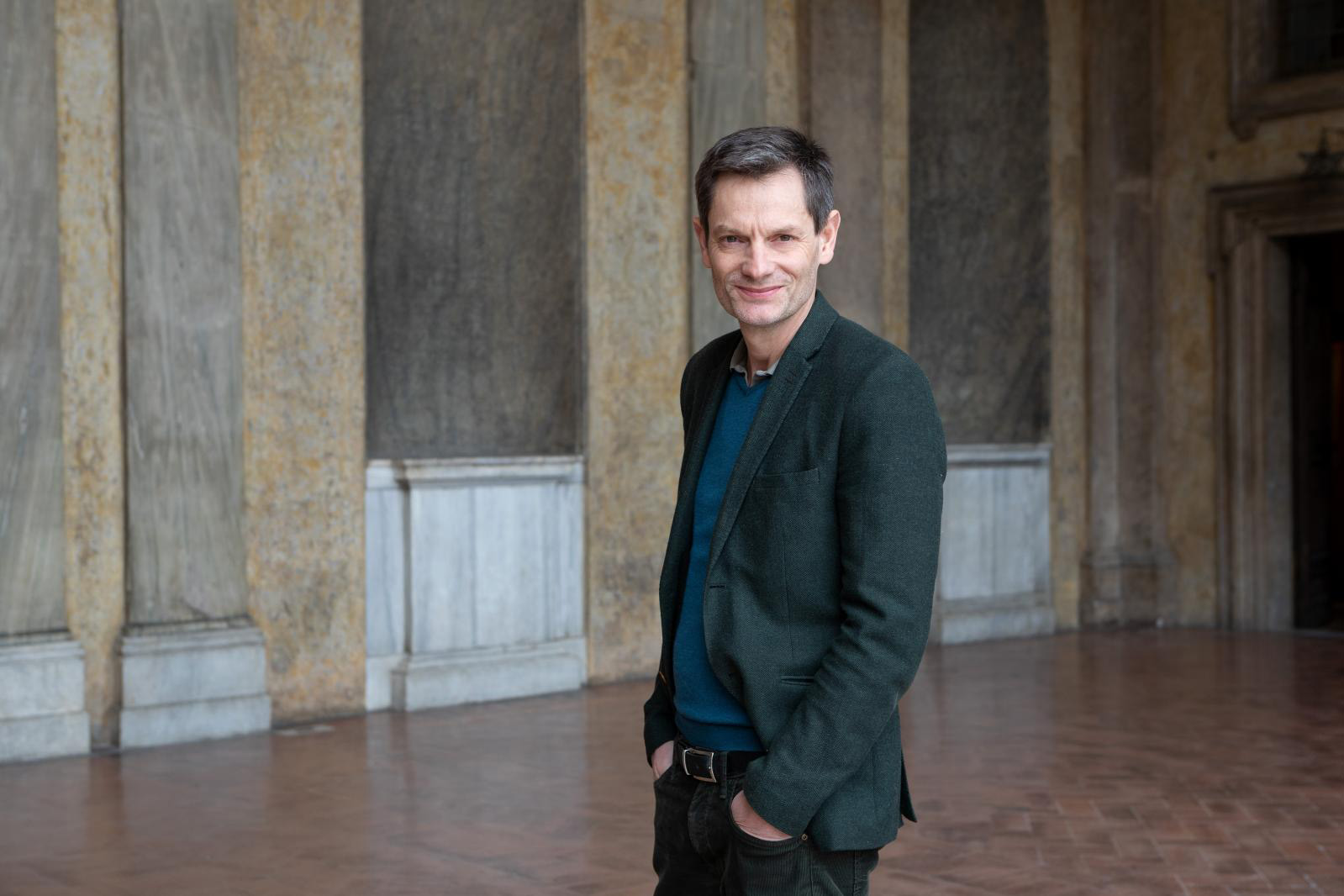 The Villa Médicis-Académie de France à Rome, created in 1666 by Louis XIV, has gone through a troubled period. Do you feel things are calming down now?
Fortunately, before I arrived, Stéphane Gaillard took over as interim director. It's a place I know well because I was a resident 12 years ago for a project on Fellini. The Villa needed to explore certain questions and ensure that it could be somewhere that gives full due to 350 years of history while also being an institution of the 21st century.

The history of art within the Villa felt somewhat abandoned...
We have a very strong art history department, with the review Studiolo, whose distribution I intend to boost. We need to put the spotlight on the history of art but live with the times as well. I know the idea does not appeal to everyone! We mustn't be ashamed of our past. But we can look at the history of art in the face, and see that there are various aspects of history and the truth. Since Balthus [the painter was the director of the institution for 16 years—Ed.] and Andre Malraux in 1968-1969, the Villa Medici has experienced a marked continuity. It is vital to develop an institution whose original purpose was to produce official state artists, and it is high time to stir things up a bit.

Do you have the means to revive the importance of heritage, seemingly so neglected in recent years?
There is extraordinary pressure to make the Villa into a museum, to close it off behind its austere façade overlooking the city and its marvelous view of the gardens. We need to resolve this contradiction between its richness and its contemporary mission by making it a place of discussion, confrontation and sometimes contradiction. It should contribute to cultural energy and the desire to really look at the world of today and tomorrow. The notion of heritage itself should make it a venue full of life.

With the controversy surrounding the Indian hangings, you have a lot on your plate!
There have been insults and name-calling, and the media have focused on highly emotional communications, simply because a few residents wondered whether the Grand Salon, as a meeting place, is the ideal place to present them—especially since there is no other decoration on the walls apart from these tapestries. Is this the only image we want to promote? We wanted to focus on their history and give them context. For the first time, we added a slightly expanded descriptive notice. We devoted a study day to them with former residents. In any event, they have never received so much attention! They have been taken down since a long-awaited restoration project has now begun in the Salon. The current question is how we will reopen the Salon. Those who think we can cut ourselves off from these debates are mistaken and risk causing collateral damage in terms of division, when we need more hybridization and, I hope, integration. We need to decide on the story we want to tell.

And yet there is a certain gap between these two missions: heritage and the contemporary aspect…
It's true, it's difficult to build on both, as they are sometimes extremely hermetic. I am seeking a dialectical entanglement of these separate entities. For example, we have seven hectares managed by six gardeners. They tend to avoid the residents, as though it were crucial not to disturb them in their work. But they have a lot to say about nature and the environment. All the projects I have developed can be viewed in the light of this approach. The Villa hosts 16 residents for one year, and 35 artists for residencies of between one and three months, often from institutions like the Institut National de l'Histoire de l'Art or the École Française de Rome. I would like them to intermingle. We have also developed partnerships around drawing and comic strips with the Occitanie region and Montauban, the city of Ingres, as well as with the Ateliers Médicis in Montfermeil. In the spring we hosted Bintou Dembélé, whose hip-hop version of Les Indes Galantes was performed at the Opéra Bastille in Paris. We are opening curatorial residencies, in collaboration with the Villa Kujoyama in Kyoto and the Casa de Velázquez in Madrid, focusing on a two-year exhibition for our residents' creations.

And what about exhibitions for the public?
The long-term exhibition, which opened in early March, will run until May 22 on the theme of "scribbling" since the Renaissance. This is overseen by Francesca Alberti, who is in charge of art history at the Villa and studied it during her residence in Rome. In 2023, Jean de Loisy and I will curate an exhibition on the history of stones. With Martin Parr and Maurizio Cattelan, we will be exhibiting a new medium in the gardens this summer: photographs printed on stone. The big project this summer, based on habitat, is the festival of huts, with four dismantlable architectural micro-constructions. September sees the second edition of a cinema and contemporary art festival. Last September, we screened 14 movies in six days: with 3,000 visitors, it was the first event in the reopening process. Roman audiences have rediscovered the pleasure of coming to the Villa en masse. In June, for three days, we also hosted professionals from the documentary world—who had considerable problems because of the Covid crisis—for a think-tank on how to save their productions. We intend to perpetuate the editions of the Tënk platform and to become a meeting place for professionals and film distribution.

Security is a nagging problem for the Villa and its park.
The conditions for moving around during these events are strictly regulated. After the most recent thefts, we introduced a security system with 25 guards.

The cafeteria, which was a special meeting place within the Villa, is still closed.
It had been turned into a restaurant, with a highly unsatisfactory service provider. It took three years of legal action to get the provider evicted. It will no longer be a restaurant, but a cafeteria for the Villa's residents, staff and guests. In January we started using an in-house service, thanks to a culinary residency offered to Zuri Camille de Souza.

You also have a refurnishing project in mind.
We inherited incomplete furnishings, due to the alterations carried out by Balthus and Peduzzi. Yes, I would like to launch a major program for refurnishing the salons, in partnership with the Mobilier National and the Manufacture de Sèvres. The Villa has also been accused of cultivating a certain isolationism, almost through its very nature. We don't want to be a floating island, a place where the same things are constantly reproduced. We have set up a system of temporary residencies, whereby we welcome 300 young people from vocational high schools for a week in May, for conferences linked with their professions. The first association involved the Aquitaine region, with woodworking high schools, carpentry students from the Creuse and foresters from the Landes. We already receive 12,000 schoolchildren per year. For a few hours, we talk to them about what we do. Here, we will talk to them about their subject. Fortunately, Rome is a big city with plenty of youth hostels, and is extremely welcoming to pilgrims! We will try out this formula and eventually achieve a cruising speed. I hope we will be able to work with four regions and involve 1,200 students in four thematic weeks. This social and human dimension will force us out of our ivory tower.