As the renovation of the Bibliothèque nationale (BnF) in Paris meets with widespread acclaim, the reappearance of a key component in the decor of Cardinal Mazarin’s bedroom by Romanelli comes as a pleasant surprise. 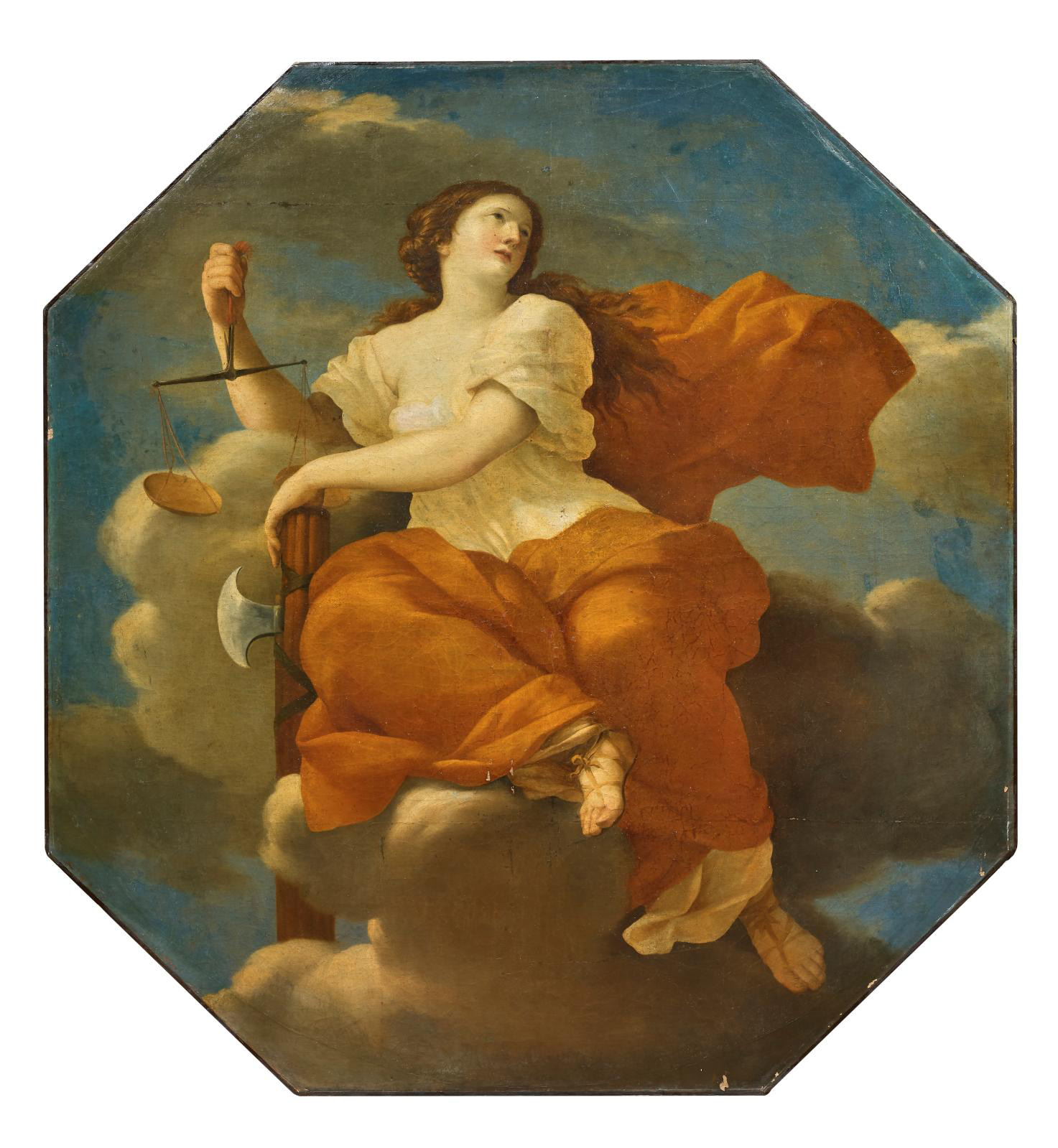 On November 16, 1832, a Justice Ministry official wrote to the director of the Royal Museums: "In accordance with the request made in a letter from the offices of the director of the Royal Museums, I have the honor of sending you the information that I have obtained on three paintings inventoried in 1825 that were not found in the chancellery during your agents’ last visit. These paintings, 1) [...] 2499 Suvée Liberty Given to the Arts [...] 2) 457 Romanelli Prudence [...] 3) 458... Id. Justice [...] were delivered to the estates at the time of their last regluing as unecessary objects in their apartment. This operation was carried out by my predecessor. Let me know if my letter is sufficient for you or if I should take steps to obtain the paintings in question from the estate."
The purpose of the letter found by Silvia Bruno at the National Archives is somewhat absurd. The official’s predecessor made the unilateral decision to sell works belonging to the national collections because they cluttered up the Chancellery, or rather because they were not to his liking. Behind the idea of "useless objects in their apartments" lie hard-to-assess notions such as the evolution of taste from one era to another, the critical reception of Suvée and Romanelli early in the July Monarchy and the right to dispose of inalienable works. It is not entirely certain that the all-powerful (and very ignorant) civil servant considered the works’ illustrious provenance. And yet, the thread was not hard to follow.

Mazarin’s Nights
Romanelli was born near Viterbo and welcomed at a very young age to the Palazzo Barberini, where Pietro da Cortona created the 17th century’s most spectacular ceiling. When Cardinal Mazarin, the most powerful man in France, asked him to decorate the "lower room where His Eminence sleeps", the Italian artist had already been elected Prince of the Academy of Saint Luke. With this prestigious title, he was welcomed to Paris with all the respect due his rank. Mazarin, a close friend of Anne of Austria’s, asked him to paint the cycle of Ovid's Metamorphoses in the Mazarin gallery of the present Bibliothèque nationale. Ten years before completing the decoration of the Queen Mother's apartments in the Louvre, Romanelli received a commission that was equally important from the symbolic, iconographic and art historical points of view: two allegories on the ceiling of the Cardinal's bedroom.

Want to receive news and updates about auctions?
Sign up for our newsletter
Justice and Prudence must have inspired the nocturnal reflections of the prelate who ruled France. Romanelli understood that power hangs by a thread: he lost a wide range of privileges when, on the death of Urban VIII, the Pamphili family replaced the Barberinis. No one defined this uncertain balance better than Paul Morand when he evoked Mazarin's "successor": "At six o'clock on the evening of August 17, Fouquet was king of France; at two o'clock in the morning, he was nothing." In the meantime, the fireworks of Vaux had been launched, offending the Sun King. Vanity and a thirst for the spotlight were not the right way to go. Cardinal Mazarin’s Prudence was rediscovered a few years ago but never published, and Justice with her scales and lictor’s fasces was missing.

Lully in Painting
When Eric Turquin likes something, there is no hiding it: "Romanelli is a brilliant inventor of colors not found in any other painter! He had to grind them himself. His orange-yellow is his alone. Not to mention his unique blue!" That blue is at the heart of the passionate demonstration by the famous expert on Old Master paintings: "It is an exciting painting for an Italian by an Italian. No one was more Italian than Mazarin. No one was more Roman than Romanelli—starting with his name! His Justice is to painting a bit like what Jean-Baptiste Lully would be to music 20 years later. It is a turning point in art history, a key moment in the transition from the Baroque to French Classicism. Oddly enough, in Paris Romanelli was attuned to Parisian Atticism, whose leading representatives were La Hyre and Le Sueur, highly appreciated by Mazarin and Racine. It is soft, discreetly refined painting where the prince gave free rein to his Roman flights of fancy […] Justice does not fall, she flies! She stands on clouds that look real! Nothing is harder than painting a ceiling, and this quite spectacular one played a key role in the construction of the French classical movement." And it must be added that it has its export certificate, which makes it even better! The varnishes yellowed by time hardly veil a work in perfect state of conservation. Long forgotten, thus well protected from untimely interventions of unskilful restorers. But the varnish also adds to the poetry of this rediscovered, elegant, majestic and delicate work.
COLLECTION D’UN HÔTEL PARTICULIER D’ÎLE-DE-FRANCE & À DIVERS
Salle 5 - Hôtel Drouot - 75009
Kâ-Mondo
Info and sales conditions
Catalogue