Dazzling, ferocious, affable: the eye of Toulouse-Lautrec reveals his immense humanity in the retrospective at the Grand Palais: some two hundred works with an expressiveness devoid of cliché. 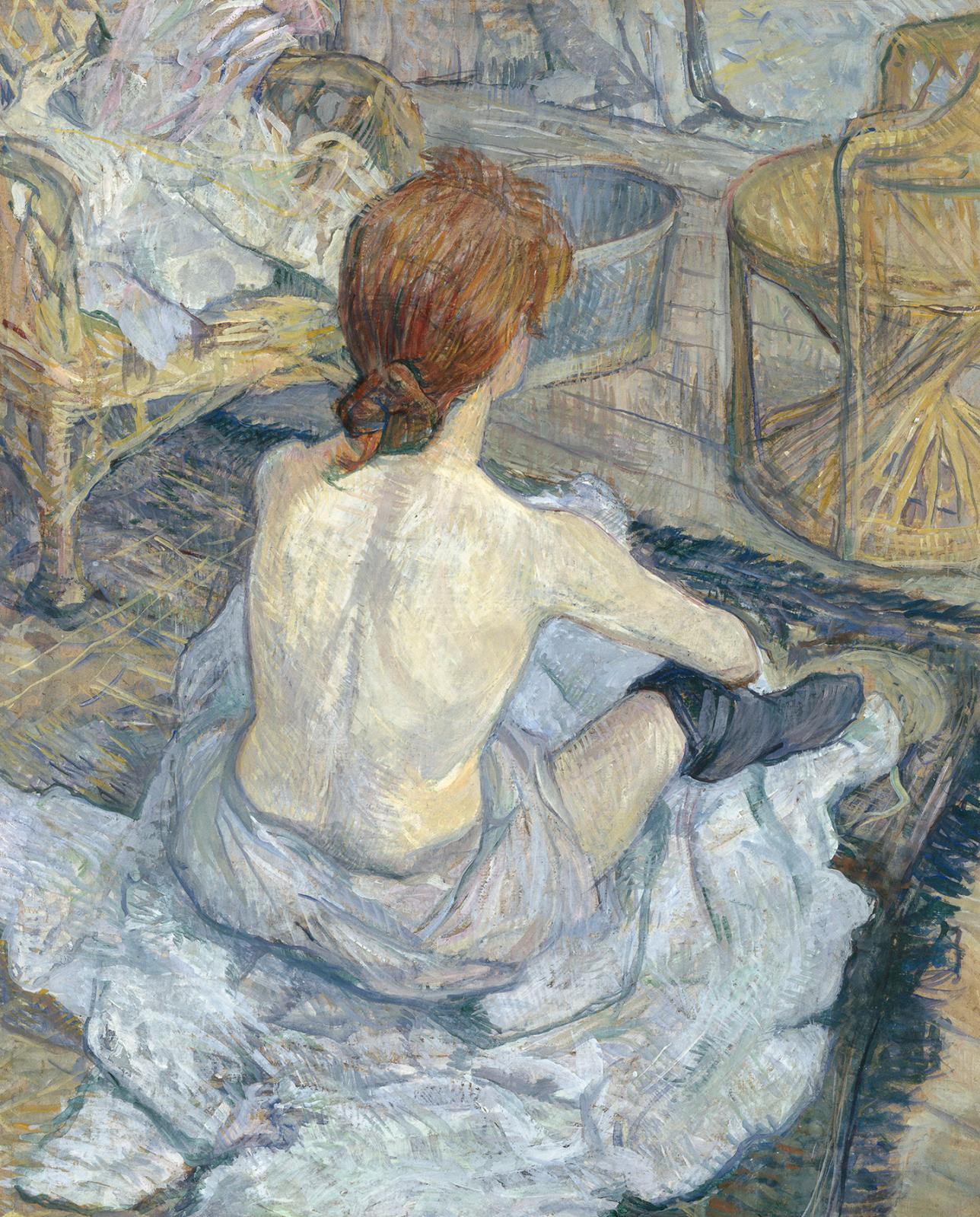 Since 1992, the year of his last major retrospective in France, Henri de Toulouse-Lautrec has slumbered in somewhat hazy recollections of the painters' Montmartre and the Paris underworld. Our memories needed reviving; we needed to see in the legendary rebel the gentleman, the aristocratic street urchin, the tender, ingenuous man as well as the mischievous, delighted sensualist in insatiable quest of excess. Danièle Devynck, director of the Musée Toulouse-Lautrec in Albi, and Stéphane Guégan, scientific adviser to the Presidency of the Orsay and Orangerie museums, have achieved their goal. Like a silent, powerfully eloquent film, the chronological narrative presented by the two curators lays out the artist's works as a series of experiences. Through a well-spaced, rhythmic hang, portraits of "golden-headed" auburn women and men (sadly, presented at a distance in a separate room) express the painter's precocious maturity in capturing (as a photography aficionado) a world that was not his, blending in to explore it with sometimes amused benevolence. Toulouse-Lautrec did not paint prostitutes, but women. There is anarchy in his vision of the world, distilled in La Revue blanche and his drawings. His thirty-odd posters, which made his name, depicted Yvette Guilbert in direct, spare lines, or nights at Le Moulin Rouge, and embraced all the modernism of the century then inventing itself. He conveyed its speed and movement, seeking new harmonies in flat tints that captured the brilliance of light or the dancing wings of a butterfly, as performed on stage by Loïe Fuller. Although he portrays his associates Oscar Wilde and Félix Fénéon beneath the stage of La Goulue, the complex imagery he employed and expressed goes far beyond merely evoking or feeling the present moment (though this is certainly part of it). After him, other more expressionistic artists, headed by Egon Schiele, stamped their own mark on human torment, the secrets of intimacy and the way of the world. A synthesis and a questioning of his extremely sensitive art, Conquête de passage (Casual conquest), highlighted in luminous white chalk, plays with suggestive transparencies, delicately preserving the modesty of a woman removing her clothing and the admiring dignity of the man watching her. Likewise, La Roue (The Wheel) (loaned by the Saõ Paulo Museum of Art) provides a virtuosic view from backstage of a dancer lost in the frenetic rhythm of the French cancan. Lautrec tells us, if we have ears to hear, that the voyeur watching her is within all of us. A lesson in painting, freedom and humanity.

Summer and Autumn: Modern Art Seasons
Newsfeed
See all news
Gilbert Baker’s Original 1978 Rainbow Flag Acquired by GLBT Historical Society, California
Face Mask Affixed to Giant Buddhist Goddess in Japan to Pray for COVID-19 to End
Sculptor Sued by the Heirs of Hergé, Convicted of Forgery in Marseille, France
New Appointment at the Musée National de la Marine
Not to be missed
Exhibitions
The Musée Cognacq-Jay Explores the Senses in the 18t…
This season, the Musée Cognacq-Jay, Paris, is focusing on the empire…
Exhibitions
The Torlonia Collection’s Marbles Unveiled in Rome
This large private collection of marbles from antiquity amassed…
Exhibitions
The Swiss Exception at the Musée d’Orsay
Does Swiss art exist? The Musée d’Orsay set out to answer the question…
Exhibitions
Signac’s Color Harmonies at the Jacquemart-André Mus…
The world’s largest private collection of works by Paul Signac (1863-1935)—nearly…