Missing since the post-mortem sale of the French neoclassical and pre-Romantic painter, this sketch for the dome of the Panthéon—under which Victor Hugo and Jean Moulin lie buried—is up for sale with a new Montpellier auction house. 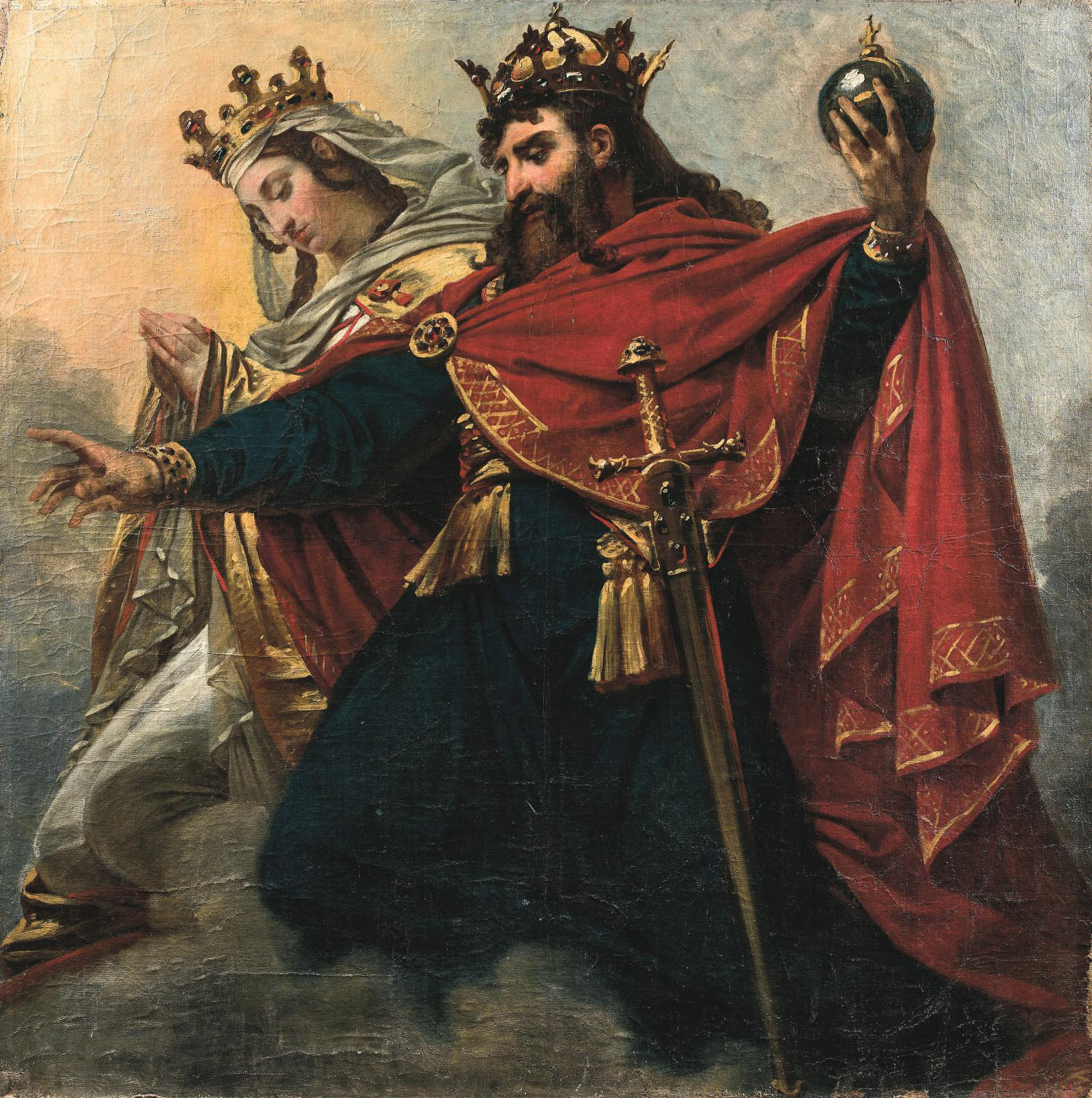 The Panthéon’s dome is a thorny subject in art history, as it was little understood and roundly reviled. Many remember the dry comment of Théophile Gautier, who considered “Baron Gros’s dome more of a circular history painting with a ceiling over it than anything else". Delacroix opined "Alas, how scanty, how unnecessary." In Les Souvenirs d'un artiste, Antoine Étex wrote that shortly after its unveiling, the honors received by the dome triggered the wrath of Gros's colleagues: "Old Broc put on a show for us youngsters, who admired Gros's paintings even when we heard him say to our master: ‘Gros is pathetic! Have you seen his dome for the Pantheon, which made him a baron?’ I also found my former teacher, Mr. Péron, at the Dupaty Studio. We all repeated in chorus Carle Vernet's pun on the dome of the Pantheon: 'c’est plus Gros que nature' (it’s “Grosser” than life.). The passage devoted to the work by Ernest Chesnau in 1862 was much sharper: "Did the dome come from the brush of Gérard, Girodet, Guérin? We don’t know. You have to climb the 1800 or 2000 steps that take the viewer closer to it to recognize that it is by the painter of the Plague Victims." Hence the advantage in studying the sketches to understand the artist's approach more clearly. However, there are not very many, and the one discovered by Jacques Farran in a Catalan collection ought to force the Paris museums to take a stand.

The History of France in Four Chapters
Having been a necropolis for illustrious figures during the French Revolution, the was returned to Catholic worship in 1806. In August 1811, Gros wrote to the Minister of the Interior that he was committed "to paint the vault of the Panthéon’s dome, and represent there, over four meters, a flight of angels carrying the shrine of Saint Genevieve to heaven; at the bottom, Clovis with his wife, Clotilde, founders of the first church; further on, Charlemagne and Saint Louis; and, on the opposite side, His Majesty the Emperor and Her Majesty the Empress consecrating the new church to the worship of this saint." As the sketch now in the Petit Palais shows, Gros finally decided to paint four groups ("I depicted the history of France in four chapters"): Clovis and Clotilde, Charlemagne and Hildegarde, St. Louis and Marguerite, and finally Napoleon, Marie-Louise and their son, i.e. the four dynasties that reigned in France. After the fall of the Empire, Louis XVIII, the Duchesse d’Angoulême and the Duc de Bordeaux replaced the imperial couple and their son, and the Civil Code charter and trophies of the First Empire were replaced by the more recent ones of the Spanish campaign. The project dragged on, precisely because of these political changes, and the dome was not unveiled until 1824. “King Charles X visiting Gros' paintings in the Pantheon on November 3, 1824”, a painting by Louis Nicolas Lemasle, now in the Château de Versailles, commemorated the event during which the king climbed the scaffolding with the Duc d’Angoulême, the prefect of the Seine, the archbishop of Paris and the priest of Sainte-Geneviève. Charles X, taking the posture of Charles V before Titian or Francis I before Leonardo, awarded Gros the title of baron and FF50,000 after telling him: "Sir, there is more than talent in this vast composition: there is genius."

Merovingian Inspirations
In fact, there was also a great deal of work! In addition to the technical difficulties (Gros called on two chemists to develop a suitable plaster coating), there were also spatial challenges, because he had to paint on a large scale in a complex space that was also curved.  The iconography also raised various problems. Unlike the figures of St. Louis and the imperial couple, which posed no difficulty as he was well versed in this exercise, those of Clovis, Charlemagne and their wives forced him to draw on his imagination. For Clovis, he took the figure of the French soldier the Emperor is turning towards in Bonaparte Visiting the Plague Victims in Jaffa (Musée du Louvre), reinventing him as a medieval ruler, while for Charlemagne he was inspired by both the bust of the reliquary in the cathedral of Aachen—at any rate, the image is based on it—and the scepter of Charles V where Charlemagne holds the globe (also in the Louvre), taking care to give the figures "Merovingian" decorative elements.

As he explained on the day of the inauguration, he had "sought, by the very size of the group, to render and evoke the grandeur and brilliance of the reign of this monarch. Charlemagne, bowing down, like his august wife, raises the globe, symbol of the Empire, in one hand, while other hand maintains institutions like the capitularies and the University. He places both his plans, his laws and his empire under the saint’s protection. The angel carrying the table of laws is balanced by an angel carrying a cross, which he presents to the Saxons newly converted to Christianity by Charlemagne. The trophy evokes the victories won over the nations of the North and East.” It remained to give substance to the figure, one he was particularly fond of. The iconography evolved considerably from the sketch to the final version. The few known studies of the emperor's head show different attitudes. This "new" sketch, still on its original canvas, reveals how much the artist enjoyed working in a very circumscribed frame, enabling him to make play with the sculptural, even "Michelangelo-like" aspect of his figures. The dome so disliked from the middle of the 19th century onwards was a decidedly constrained exercise. Here, the clean, generous strokes and play with colors shed new light on the project.

Géricault’s Star is on the Rise