Raymond Hains: The Shock of the Image

Fragments of reality, the torn posters of this key member of the New Realist movement have become the icons of a changing society. 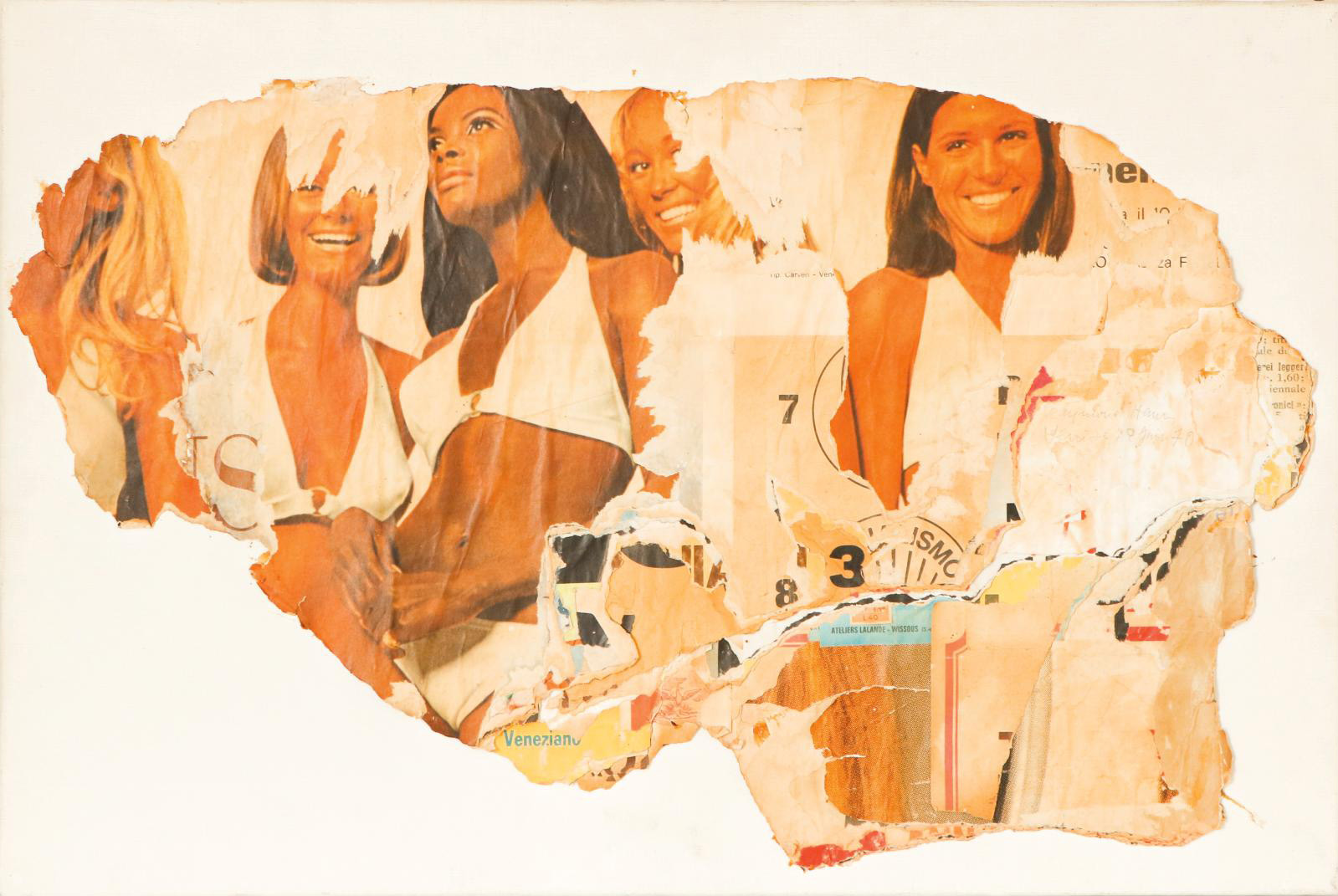 When Pierre Restany published the New Realist Manifesto in 1960, Raymond Hains fully adhered to it. The artist had already begun his artistic experimentations many years earlier, first in Brittany at the Fine Arts School of Saint-Brieuc and then in Rennes, during the influential post-war period, when he became a photographer. Uninterested in classical media, he turned to new concepts and plays on visual and Lettrist aspects. His search for abstraction and photographic distortion found a new form of expression in 1949, with his first peeled-off, torn poster, produced with Jacques Villeglé in Paris. In 1957 he exhibited his posters on the Loi du 29 juillet 1881 (Act of 29 July 1881) at Colette Allendy's gallery, then at the 1959 Venice Biennale alongside other "décollagistes", Dufrêne and Villeglé. While his first creations were scratched and shredded to such a degree that almost nothing of the original poster was visible, others—such as Les Mannequins—retained part of the picture, as a critic of the modern society of appearances and vanity. The artist was interested in the facts of society, particularly the Algerian war, but also simply chose posters already damaged by passers-by, which attracted his gaze for visual reasons, thus letting chance play its part.