Preemptions and Records for Del Marle and Tatin

Key works by two outstanding painters dominated this auction, but the decorative arts also made a fine showing. 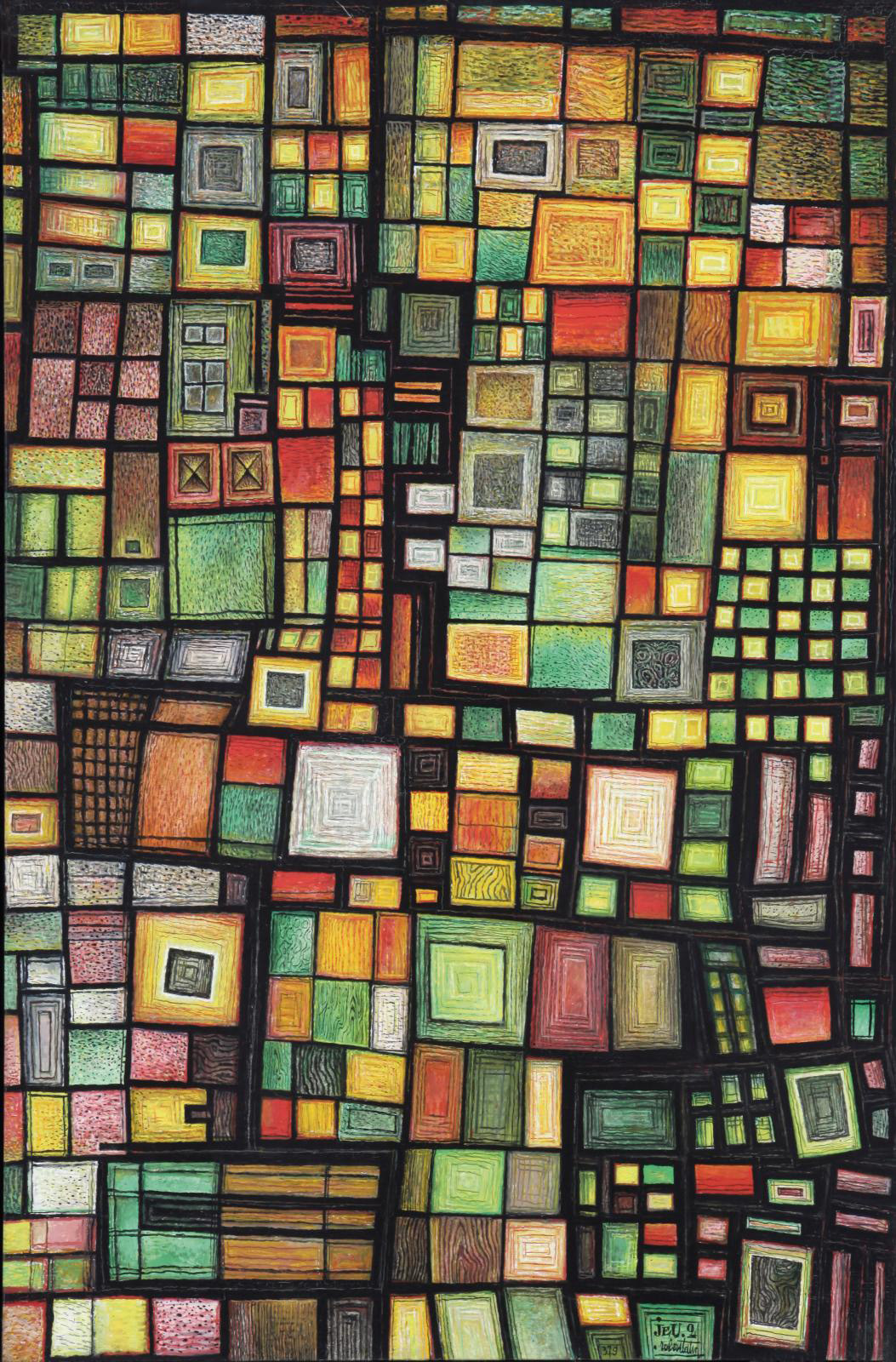 Del Marle was one of the few French artists to join Italian Futurism, the movement founded by Umberto Boccioni and Gino Severini. The Musée d’Art Moderne de la Ville de Paris preempted two of his works. The first, for a bid of €31,280, was Station de métro Montparnasse (Montparnasse Metro Station, 64 x 49 cm/25.19 x 19.29 in), a pastel bearing a signature and a date: 1914. It came with a certificate of authenticity from the Comité Félix Del Marle and appears in the artist’s catalogue raisonné currently underway. The second, for €26,940, was Métro, gare d’Orléans (Metro, Orléans Train Station) from around 1912-1914 (65 x 50 cm/25.59 x 19.68 in). The black ink, gouache and pastel composition, which reflects the disjointed aspects of daily life, will be in the same catalogue. Over the years, Robert Tatin aimed to achieve a cosmic dimension with a unique style close to surrealism. The auction included two of his paintings. The first, from 1972, is called Jeu 2 (Game 2, see photo). Numbered 379 on the bottom, the work is well documented because it was bought at the Mayenne auction house on March 8, 1998. It sold for €40,300, breaking the artist’s record (source: Artnet). The second, Jeu 4 (Game 4), a signed, titled painting on canvas (195 x 130 cm/76.77 x 51.18 in) numbered “381”, sold for €23,560. But the real star of the sale turned up in the decorative arts section with a pair of imposing late 19th-century gilt bronze Louis XVI style chandeliers (h. 115 cm/45.27 in), which sold for €45,260. Meanwhile, a polychrome terra cotta dish for Madoura featuring Pablo Picasso’s dove of peace, with the intaglio markings “Madoura plein feu” and “After Picasso”, fetched €21,080.

Decorchemont: Records and Preemptions
Newsfeed
See all news
We Are on Break for Our Annual Summer Hiatus - Back in August! Happy Summer
A Michelin Star for the Museum of Modern Art in Fontevraud
World Record for the French-Danish Painter Gerda Wegener
Canadian Indigenous Groups Ask Vatican to Return Cultural Artifacts
Not to be missed
Lots sold