Furniture and artworks were not the only items plundered during the Second World War. Books were also targeted and on a much larger scale. 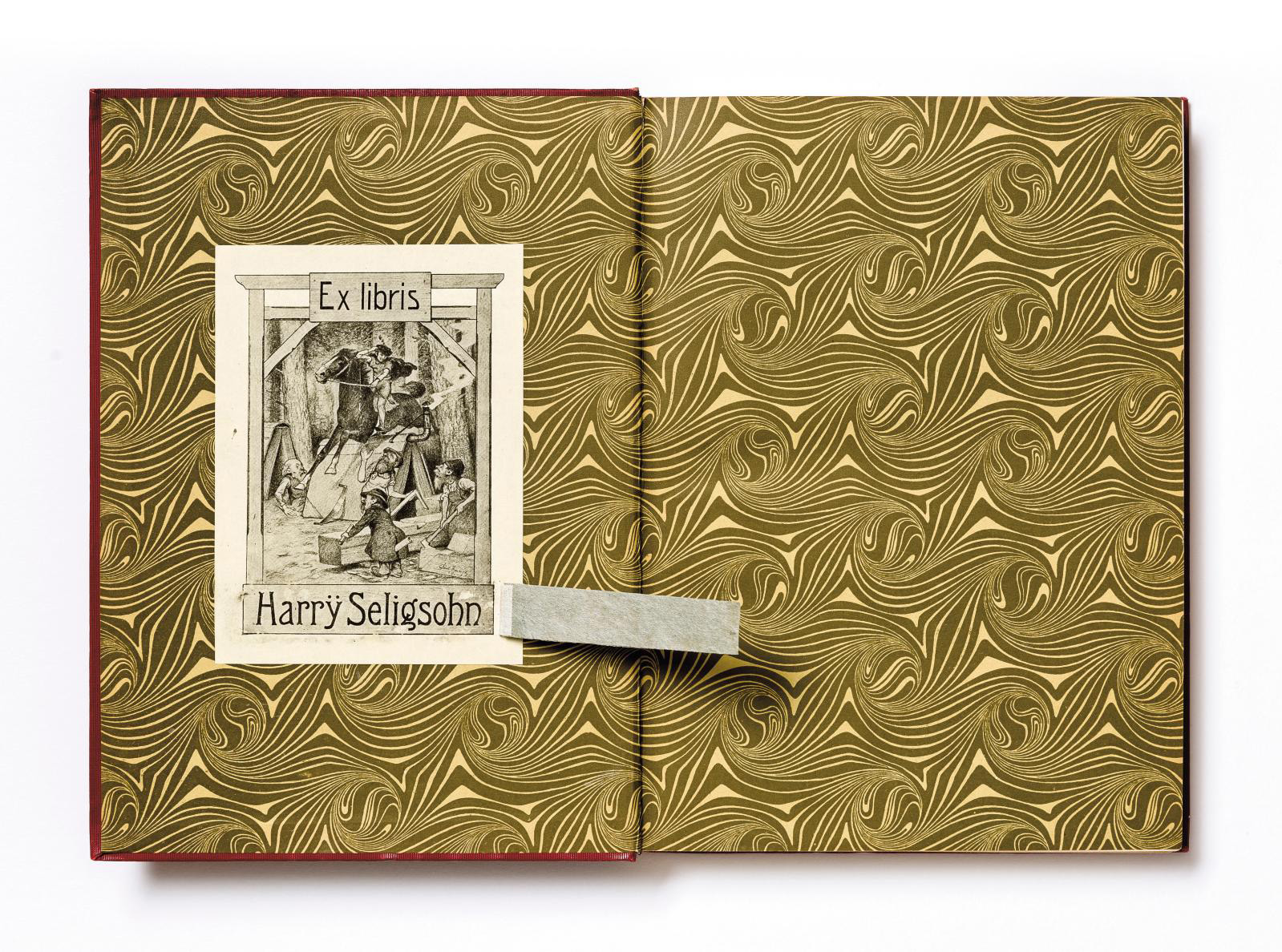 The figures speak for themselves: while specialists estimate that 100,000 cultural artifacts and items of furniture were stolen between 1940 and 1945 in France, the number of books plundered from thousands of private libraries and several hundred community libraries could amount to between 5 and 10 million out of a total 12 million books plundered and displaced throughout Europe, according to researcher and librarian Martine Poulain. In the immediate post-war period, 60,000 objects returned to France from Germany, but no more than 2 million books were actually recovered by the end of the 1940s: barely 20% of the volumes plundered during the Occupation. Between 1945 and 1950, a sub-commission for books attached to the Art Recovery Commission was set up, headed by Camille Bloch, a historian and member of the institute, and organized by librarian Jenny Delsaux, who in 1976 recalled this "shocking dispersion of books". Over five years, this sub-commission manned by six librarians, forty-two sorters, four storekeepers and four typists succeeded in returning at least 380,960 plundered books to their dispossessed owners or beneficiaries.

Staggering Figures
In addition to these restitutions in the immediate post-war period, this sub-commission also allocated other plundered and recovered books to prisons (around 24,000), the Salvation Army (around 4,000), and public and community libraries affected by the war (around 560,500). But the staggering figures really began to emerge in 1949, when a selection committee was set up to entrust 15,450 books without identified owners to several libraries, particularly in Paris, including the Bibliothèque Nationale (over 3,600), the Bibliothèque d’Art et d’Archéologie (1,825), the Sorbonne Library (over 820), the Forney Library (over 760), the Arsenal Library (over 400), the Mazarine Library (over 60), the Paris Medical Faculty (294 books and hundreds of published documents) and the Ecole des Chartes (over 160). Then, in the early 1950s the Administration des Domaines offered the remaining 300,000-odd books recovered but still without owners for sale at low prices to libraries.

From Plundered to Invisible
In this grim story, the library of the INHA (National Institute of Art History) was directly affected, because the Bibliothèque d’Art et d’Archéologie, which had received plundered works on deposit, and the Bibliothèque Centrale des Musées Nationaux, which had largely purchased plundered books in the Domaines sales, were two of the founding collections of the INHA library, which de facto inherited some 3,000 documents discovered through the post-war recovery process. Initiated by Éric de Chassey, General Manager of the INHA, the mission for systematic location in collections was carried out for two years under Juliette Robain and Stefano Sereno. But this was no small task. On top of disappearances due to the removal of duplicates and the problems of identification with sales catalogs and periodicals, the work proved particularly tricky with books on deposit. For example, in 1964 the INHA's books were registered in its inventory in lists that no longer indicated their origins in the collections as a whole. In contrast, a specific approach was adopted for the 2,140 artworks on deposit in museums, which were stamped in 1950 with the distinctive acronym "MNR" (National Museum Recovery), and listed in a separate catalog making them imprescriptible.

Traces Inside
Several of the books identified still bear evidence of plundering on their pages, including the acronyms "ERR", standing for Einsatzstab Reichsleiter Rosenberg, the Nazi organization in charge of plundering, and "Tzb" indicating their allocation to the monastery of Tanzenberg: a training center for the Nazi elite in Austria. Other books show attempts to anonymize their provenance after being plundered, such as ex-libris labels torn off, erased or covered with glued-on paper strips. This was the case with Karl Voll's book Memling: Des Meisters Gemälde in 197 Abbildungen (1909) (Memling: The Master's Paintings in 197 Illustrations, 1909), when the removal of the strip covering the ex-libris during identification work in 2020 revealed the name of its dispossessed owner, Harrÿ Seligsohn.

A Race Against Time
In the INHA's digital catalog, 1,224 "plundered documents" are clearly identified within the collections, including 649 located in the 1,825 post-war deposits, and 522 in purchases from the Domaines. Some of the books from the post-war deposits could eventually be restituted, like L’Hôtel Jacques Coeur à Bourges (1938), which features the handwritten name of exiled painter Oktawian Jastrzembski on its cover. But those bought from the Domaines are still subject to the inalienability of collections stipulated in the Heritage Code, which, at present, prohibits the restitution to potential beneficiaries of the collections of the ex-libris of the biography of Bernardino Luini by Pierre Gauthiez (1905) plundered from Hélène Paraf, who died with her husband Henri Albert Kahn in 1943 during their deportation to Auschwitz. Faced with this race against time more than seventy-five years after the events, INHA is working closely with the Ministry of Culture's Mission for the Search and Restitution of Cultural Property plundered between 1933 and 1945, headed by David Zivie. In 2017, journalist Philippe Sprang asked the State to "bring together all the works in its custody in a single list [...] accessible to the public." But before that, current French laws on inalienability in the event of proven plundering certainly need to be amended, to recognize victims and "endeavor to provide reparation for the injustice suffered by persecuted people and institutions," to quote Stefano Sereno.

A Library's Hour of Glory
Not to be missed
Analyses