The Director of the Fesch Palace Museum, curator of Ajaccio’s museums and authority on 16th-century Italian painting has written a fascinating book on Napoleon’s tastes, from Jacques-Louis David to the Trianon and the secrets of the Empire style. 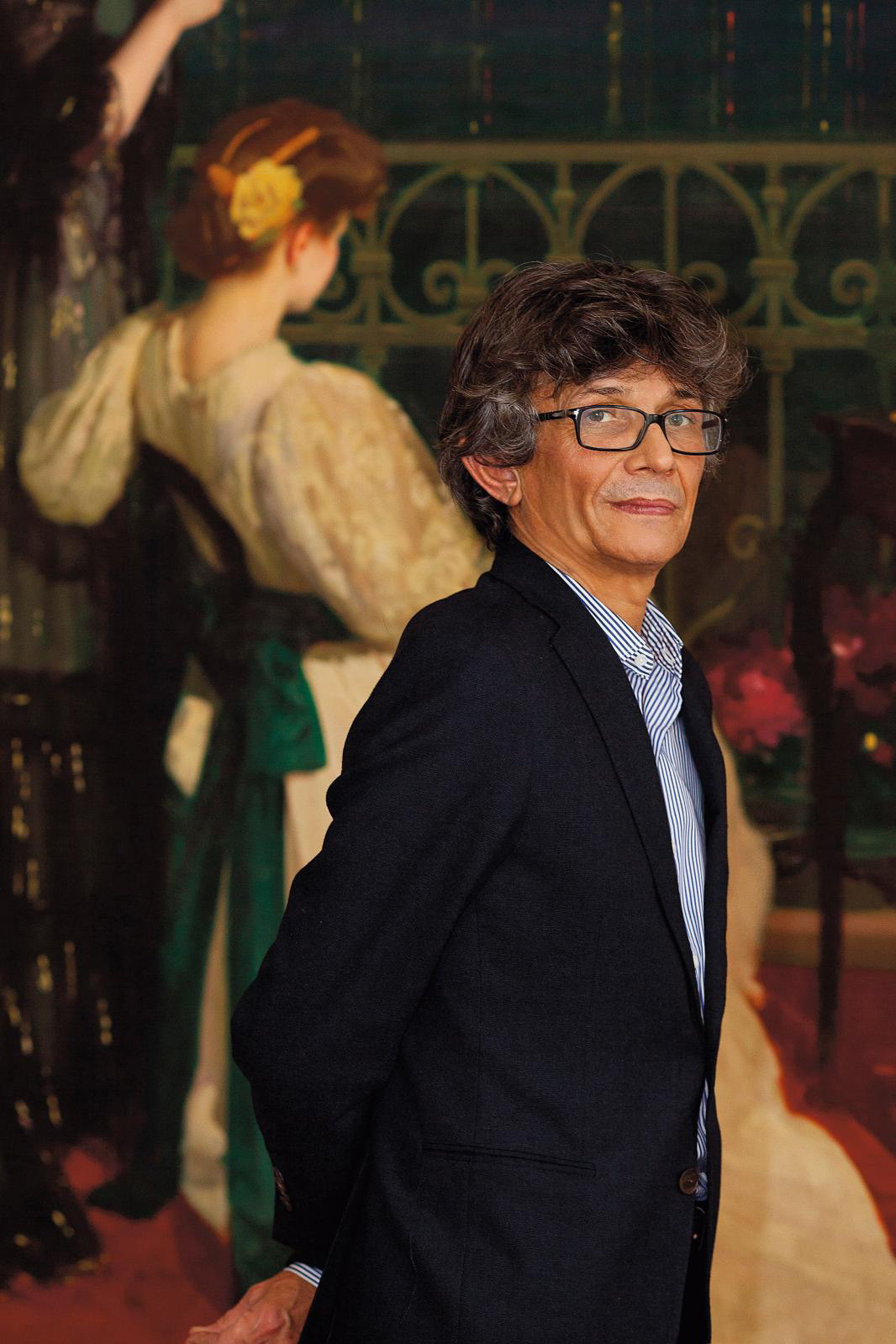 The strategist and strongman are well known, but did Napoleon like or collect art?
He wasn’t a collector, at least not for himself. His collection was his museum: he made art available for the French people to see. He didn’t have much of an aesthetic sense at first, but he was an avid reader since boyhood. That’s how his political and aesthetic ideas were shaped. At first, he wasn’t familiar with the works, which he discovered when he arrived in Italy without always having time to see them. He said he loved a painting by Correggio because it was worth a colossal amount of money: he’d never laid eyes on it. He mixed up Dutch and Flemish artists. He’d only been to Northern Italy on the Grand Tour. But he was aware of the gaps in his knowledge and tried to fill them. He had himself introduced to artists, took an interest in contemporary Italian intellectuals and met the young Antoine-Jean Gros (1771-1835) at an early age. The only thing he really acquired for himself was a small statuette of an Egyptian scribe. When he bought or looted works, he did it for the imperial palaces at the Tuileries, Saint-Cloud and especially the Louvre. His tastes changed, but he always made informed choices, especially in the case of ancient artworks. He was also deeply interested in classical Greek architecture, because of or thanks to his literary culture.

Did he prefer sculpture to painting?
He seemed to, especially from antiquity. However, he didn’t want statues of him made in his lifetime; he didn’t want to see his likeness in the public space. He agreed to have a few statues and busts made for palace interiors, but that’s all. However, when he was still First Consul he gave in to the sculptor Antoino Canova (1757-1822), which he bitterly regretted: when his portrait was delivered in 1811 depicting him as Mars, nude in the style of classical antiquity, he was furious and sent it back! Show "the Greeks as they looked in antiquity,” he said, “but dress the French of our days as they look in the 19th century.” Napoleon liked realistic works, such as Jacques-Louis David’s Coronation. He visited him in his studio, the only one he ever stepped foot in, and gazed upon the painting for half an hour—a long time for him. "One has the feeling of being inside the picture,” he said. “My dear David, you’ve understood me." He wanted to see reality in painting. He asked geographers to help artists accurately depict the places of his battles. Louis-Alexandre Berthier, Marshal of France and Napoleon's chief of staff, himself advised Louvre museum official Dominique Vivant Denon!

Did his uncle, Josephine or Hortense play any role in shaping his tastes? Could he be influenced?
His uncle didn’t at all. Cardinal Fesch was in competition with his nephew. He wanted to show him that a great collection could be assembled by buying instead of plundering. Napoleon could be influenced because he felt insecure about his taste. He put his trust in Denon, who advised him extensively and held him back from making indiscriminate purchases at the Salon, or rather Josephine from spending too much. She definitely had taste and let everybody know it. She had influence over her husband, who let her buy whatever she wanted. Josephine was less cultured than Napoleon but felt more secure about her artistic taste. After the divorce, the Emperor left the Chateau of Malmaison for Trianon. That’s when he bought troubadour paintings for himself and prints for Marie-Louise.

He encouraged creativity and “new ideas,” as if he wanted to wipe the slate clean of the recent past. Was that just a question of politics or was it personal taste?
He wanted to leave a mark on his century, to restore the grandeur of France to what it was in the golden age of Louis XIV. He rejected the 18th century, the effeteness, the mythological scenes. He oriented the production of art to his time, to modernity. He bought neoclassical paintings at the Salon, but what interested him was art that depicted current events, his compassion in battle, his dislike of war, the idea that others forced him into it, and all of them were executioners! Painting was also a propaganda tool for him.

Where did his interest in the decorative arts, furniture, tapestry and silverware come from?
They amused him, and they were easier to understand and control. His interest in workshops was also political and economic. Economic activity and competition with other nations, especially England, had to be developed to deal with the blockade. But he did have a genuine passion for Sèvres porcelain and Lyon silk and took an interest in their technical innovation.

He also encouraged serial production and consistent styles to the point of a kind of standardization.
He did that for several reasons. First, he wanted to support the people of the Faubourg Saint-Antoine by giving them work. Second, he was a deeply loyal man. He chose furniture maker François-Honoré-Georges Jacob-Desmalter (1770-1841) and, later, Pierre-Benoît Marcion, keeping him until the end. Lastly, he had the same items reproduced for each palace. He preferred mahogany with a bit of gilded bronze: that was the Directory style. After the blockade, Josephine introduced him to French woods such as gnarled elm, which were lighter in color. He also leaned towards simplicity, leaving fantasy to the Empress. He disdained the Tuileries and preferred working at the Élysée Palace, where he kept some of his sister's furniture—and replaced the orange fabric with mauve!

Why were the artists he commissioned—Jacob-Desmalter, Biennais, Thomire, etc.—so few in number?
He was a very loyal man, to David, Canova, Denon, Fontaine, etc. When he gave his trust, it was unwavering, unless he felt disappointed or betrayed. David and Gros were the first artists he knew and liked: they were revolutionaries shaped by the same epoch. Their relationship necessarily evolved from camaraderie to a more formal rapport during the Empire, when they stopped using the informal ‘tu” with each other.

Was Napoleon’s mark on architecture less important?
He aimed to be a great builder, with an ambitious vision and big plans for Paris. He was passionate about innovation, technology and metalworking. The architecture of the rue de Rivoli, in Paris, was his idea. He had the Pont des Arts, the Iéna and Austerlitz Bridges, fountains and covered markets built. But many of his projects remained unfinished until long after the Empire. Some were never even started, like the Palace of the King of Rome at Chaillot. His model was clearly classical antiquity. He wanted the Madeleine to resemble the Parthenon.

Where can the best of his taste be found?
The Trianon, no doubt. Unlike Malmaison, Josephine’s domain, the Grand Trianon was decorated according to his wishes. He chose the furniture, colors, paintings and all the decorative items. There were no religious paintings because he loathed them, and no contemporary landscapes. There were some 17th-century French paintings, comfort and pomp.

Lastly, was Napoleon a man of taste?
He created a taste, a style, more for France than for himself: the Empire style was all his own. It ushered in Romanticism, which blossomed after him.

Three Rare Percier and Fontaine Albums
Not to be missed
Interviews