Camille Pissarro made this painting the year he died. It sums up his art and wonderfully illustrates his talent as a chronicler of French city and country life. 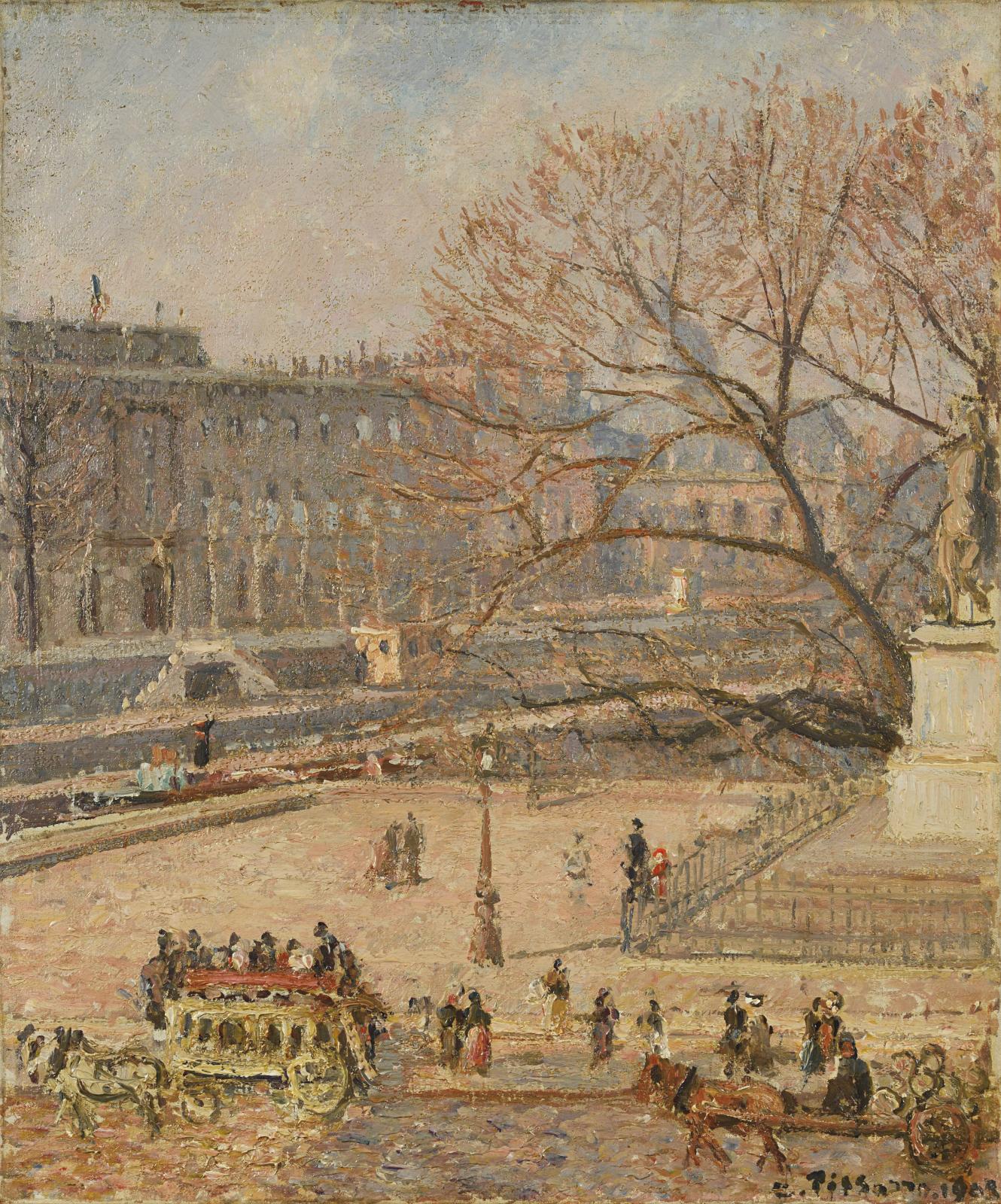 Camille Pissarro (1830-1903) was known as the father of Impressionism but experimented with its different currents. After adhering to neo-Impressionist ideas, which he called “romantic Impressionism”, between 1885 and 1890, the painter embraced Pointillism, or in his words, “scientific Impressionism”, before returning to a more classical style in the last decade of his life. When not in Thébaïde d’Éragny, Pissarro did several series of Parisian views; those of the Place Dauphine are his final paintings. Our work was painted from an apartment at 28 Place Dauphine, where he moved in July 1900. It is the third and last in the series, executed in winter 1902-1903, as the inscription on the back of the canvas attests (“3e série La Monnaie et l’Institut, soleil du matin”, “Series 3 The Mint and the Institute, morning sun”), and belongs to a group of 45 views of the Pont-Neuf and the statue of Henri IV. They usually show the Right Bank and the Louvre; the hôtel de la Monnaie (The Mint) on the opposite side of the Seine seldom appears. These views are always in high demand: this one sparked a fierce bidding war which ended at €845,820. It comes from the collection de Julius Elias (1865-1927), who acquired it directly from Pissarro in 1903. A publisher, collector, art critic and art history professor at the University of Charlottenburg, Elias had met Pissarro on the Normandy coast a year earlier. Through his position, Elias contributed to the recognition of the Impressionists in Germany, where they were barely known. The painting dates to a time when Pissarro was in dire financial straits: his dealer Durand-Ruel had not bought anything from him that year. The gallerist, who actively supported him in the 1890s, ensured that his works fetched the highest prices at Drouot auctions. He would have been proud of Saturday’s result.

An Impressionistic Stroll with Pissarro and Moret
Newsfeed
See all news
We Are on Break for Our Annual Summer Hiatus - Back in August! Happy Summer
A Michelin Star for the Museum of Modern Art in Fontevraud
World Record for the French-Danish Painter Gerda Wegener
Canadian Indigenous Groups Ask Vatican to Return Cultural Artifacts
Not to be missed
Lots sold