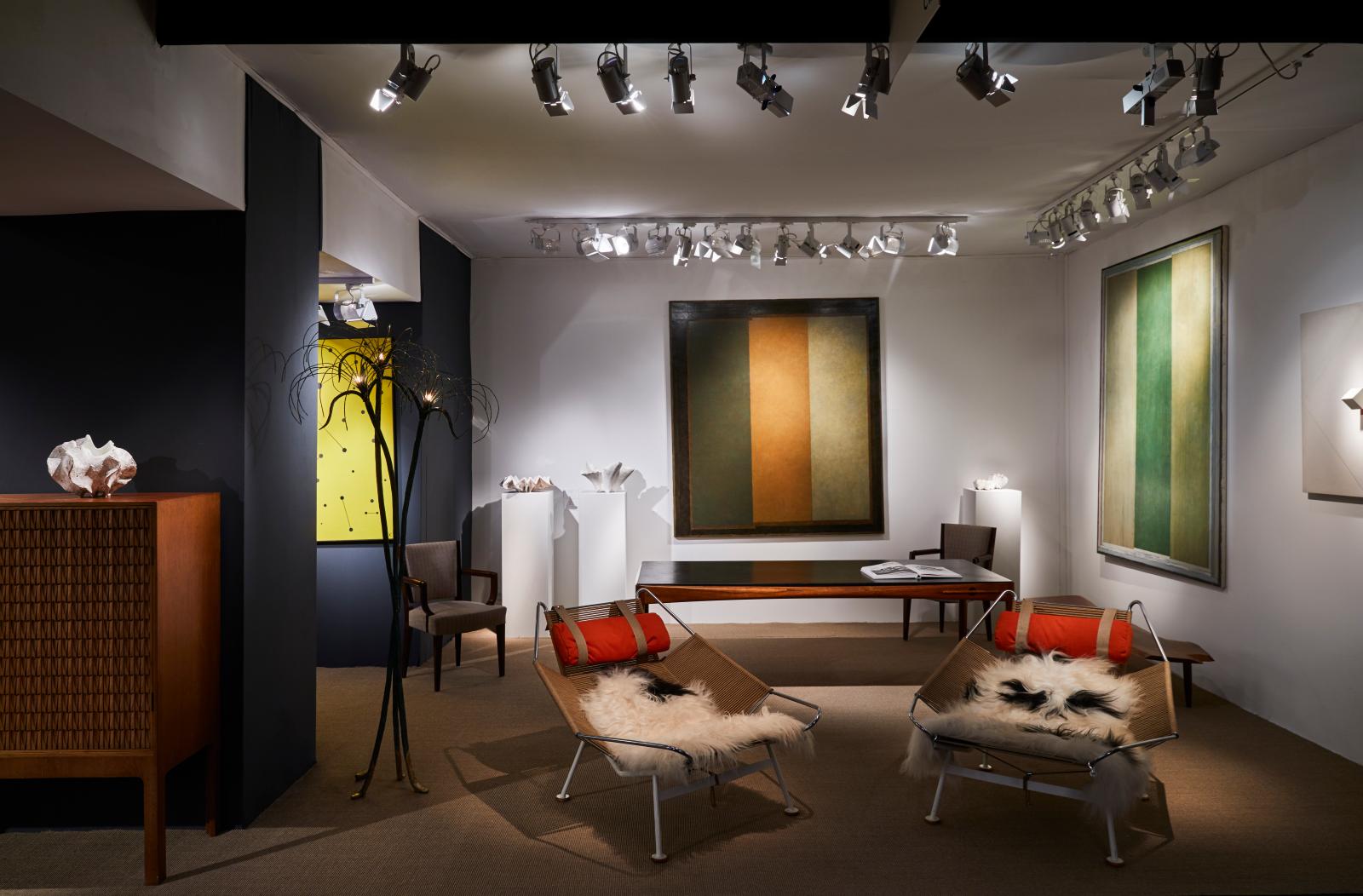 A record-breaking 27,400 visitors flocked to the 12th PAD London from 1 to 7 October. Dealers could sense their enthusiasm: American decorators, not to mention British and Middle Eastern collectors, who have the reputation of being more impulsive than their French counterparts, place generous orders every year when Frieze takes place. The Guillemain stand was sold out by the end of the first day reserved for collectors, including one who snatched up Josef Hoffmann’s iconic "Sitzmaschine" for approximately €30,000. Whether one-off pieces or limited series, contemporary furniture at Maria Wettergren, Carpenters Workshop Gallery, Mouvements Modernes and Fumi found buyers more easily. The line between design and art is getting so blurry that some, such as Suisses de Vertes, would rather hang their paintings at PAD than at Frieze. "The location in the middle of Mayfair, across from Phillips and next to art galleries, lures people back several times," says Jean-Jacques Dutko. From pre-Columbian art to jewellery, heavily present this year with nine exhibitors, the arts in their totality seem to be overtaking design, as though reminding PAD of its primary purpose.

PAD Heads to Monaco
Newsfeed
See all news
Restitution, Nepal Seeks to Reclaim its Heritage
In Aubusson, the Cité internationale de la tapisserie Is Thinking Bigger
Tempera Work by Mark Tobey Approaches the Million Euro Mark
Gwangju Biennale Postponed to 2023
Not to be missed
Fairs
Art Fairs in Miami's Sunshine
The traditional procession of December fairs in Miami is back, apart…
Fairs
Paris Photo: Practically the Good Old Days
Paris Photo exhibitors gave positive feedback on the fair, now back…
Fairs
The Grand Comeback of the Biennale: The French…
The 32nd edition, overseen by Henri Jobbé-Duval, is opening up to…
Fairs
Art Market Overview: Paris Photo, the International…
For its 24th edition, taking place from November 11 to 14 at the…