prices for NFTs have skyrocketed in recent weeks, but huge misunderstandings remain about what people are actually buying. What is going on? 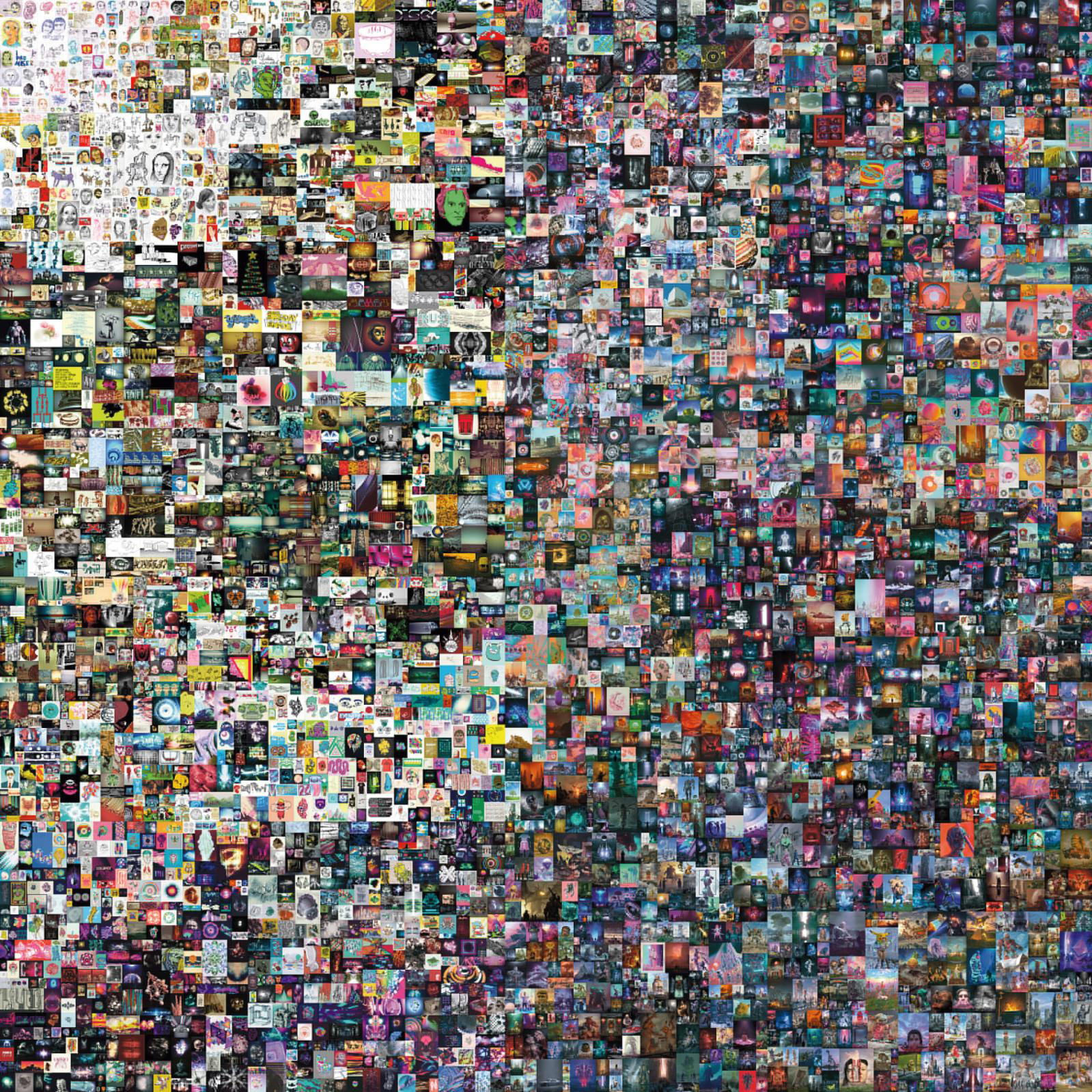 “An upheaval”, “a revolution”, “a first”… For over a week, the record $69.3 M fetched by an NFT work, Everydays: the First 5000 Days, at Christie's has made front-page headlines in mainstream to geeky publications. The online work uses Non-Fungible Tokens (NFTs), digital tokens in a blockchain—the famous, reputedly inviolable technology that allows authenticated, secured transactions to be recorded on a decentralized network.

Unknown just a few months ago, the artist, Beeple has been at it for a while. In late February, Crossroads, another of his NFT creations, which depicts Donald Trump nude on the ground, had already fetched a hefty $6.6 M on the Nifty Gateway platform, the home of NFT crypto-art.

The Christie’s sale—a first—was a bombshell, but artists have not waited for NFTs’ growth to mobilize blockchains or create digital works. These distributed technologies have a substantial asset in the art world: they function like certificates of authenticity, offering guaranteed transparency in transactions while contributing rarity in their area. This reassures professionals and encourages many newcomers to enter the market. The resulting international epiphany has led to confusion, shortcuts and a media frenzy. We attempt to defuse the "bomb" in question.

NFTs vs. Cryptocurrencies
NFTs are not new-generation cryptocurrencies. In fact they are just the opposite. The technology depends on blockchain-based transactions, but, as the name indicates, NFTs are non-fungible, which means they cannot be exchanged for the same value, unlike conventional (as well as crypto) currencies, where a dollar is exchanged for a dollar, a bitcoin for a bitcoin. Unlike “classic” tokens, already widely used in transactions, including in art, they are also indivisible. In short, each NFT is verifiable, unique, indestructible, inviolable and non-fungible.

Specifically, an NFT is a cryptographic digital file—a token—containing various metadata (date, image, creator’s name, contract information, etc.), whose ownership and unique identity are checked and stored in a blockchain. It is generated when a digital artwork file is downloaded, for example. Then, the cryptographic token can be bought or resold with cryptocurrencies—today mostly Ethereum—on specialized platforms like Nifty Gateway. Ownership is inviolable. There is no need to be a geek to create an NFT: all it takes is a few clicks, which partly explains its success. But it's important to stress that the token is not the artwork. The transaction gives users the right to own a copy of the image, not the creation itself. Nothing prevents someone from copying a collection of crypto-art if it is exhibited on the web. She or he will just have no rights to it.

NFTs vs. Tokenization
NFTs have been circulating in the art world since 2017. The recent cryptocurrency craze undoubtedly boosted the phenomenon, but blockchain’s first digital art applications are older. In her 2018 book Blockchain et Cryptomonnaies (“Blockchain and Cryptocurrencies”), researcher Primavera De Filippi described the mechanisms of “tokenizing” art and the interest in digital works that are not rare because they are, by essence, reproducible, which is one of the main brakes on the segment’s growth and the recognition of its artists. “Take a digital artwork, for example," she says. "It used to be impossible to create limited edition digital works because anyone who owned one could reproduce multiple identical copies of it. A blockchain allows artists not only to list their works on a certified, decentralized registry, but also to create one-off digital copies or limited editions and transfer them to the Internet while preserving their rarity and authenticity."

The token’s other advantage lies in online copyright management: the bane of artists. "These systems let artists register their works (as well as derivative works) on a blockchain with metadata that accurately describes the contributions of each and the associated rights," she says. One concrete application can be automating payment of the resale right, which allows artists to receive remuneration when art professionals resell their works. This is offered by Nifty Gateway.

“Classic” tokenization also enables several people to share ownership of a single work, an idea that does not always go down well with older collectors. In this respect, NFTs could change attitudes, prompting new collectors to invest and structure a digital art market that has been dithering over its business model for decades. It remains to be seen whether the newcomers’ main criterion will be the work’s artistic quality or its rarity on the market. The long-term risk is runaway prices and a speculative bubble that will inevitably burst.

NFTs Are Not a Panacea
Another risk is theft. On some not very particular networks, people readily "tokenize" other people's art. American painter Corbin Rainbolt and Russian artist Weird Undead recently found this out the hard way when unknown person(s) created NFTs from their work, obviously without their consent. Also, something called "Global Art Museum" (@GlobalArtMuseum on Twitter) has started creating NFTs for works in the public domain—and selling them!

As regards artists, NFTs are undeniably fueling the growth of crypto-art, which contemporary art museums are starting to take seriously. For example, on March 26 Beijing’s UCCA opened the first international NFT show with works by around 60 artists, including Beeple. But some people already point out the substantial environmental damage caused by the technology, which requires huge amounts of energy and servers. In July 2020 the volume of NFTs accounted for barely more than $100,000,000 exchanged on the Ethereum blockchain, but the market, all sectors combined, has been booming since early March. the first tweet that Twitter founder Jack Dorsey posted about the story fetched $2.5 M at auction. Athletes, rappers and luxury brands are already in on the game. And this is only the beginning.