At the head of a now reunited TEFAF and his own company, Artory, Nanne Dekking is a busy man. But he found the time to answer our questions on the future of his projects and the art market. 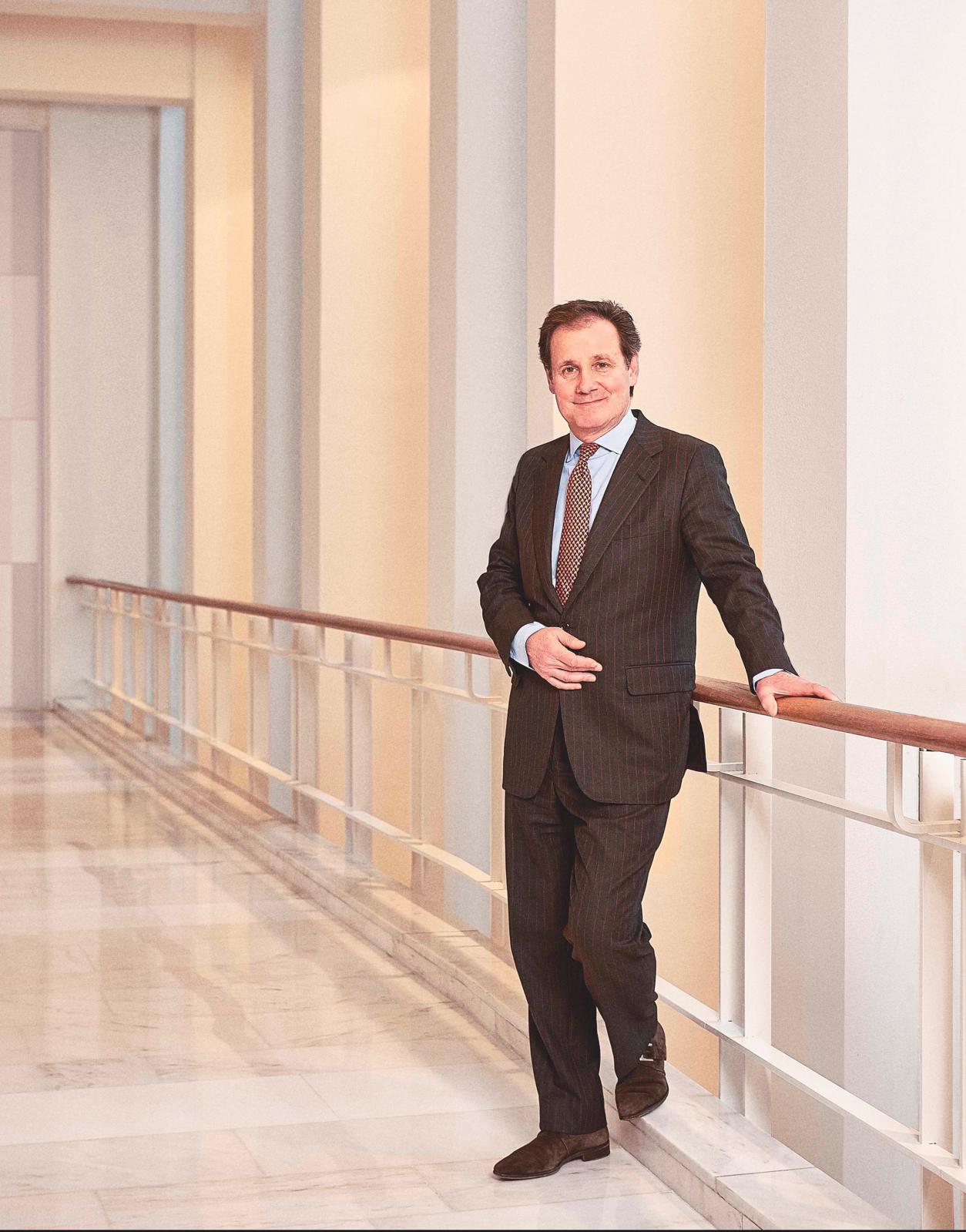 You've announced that you've come to an agreement with Artvest. The TEFAF Foundation is acquiring all the shares in TEFAF New York…
Yes, it's true. You know, this kind of collaboration is always rather complicated. After several years of a set-up, it is sometimes wiser to part company. There were beginning to be a lot of bosses for a small organisation. Jeff [Rabin – Ed.] and Michael [Plummer – Ed.] did some excellent work. They had niches at the Park Avenue Armory, they had the contacts, and they already had part of the team. We are truly grateful to them for everything they have done. Relations went downhill a bit towards the end, but that's how it goes. Everybody stayed very professional throughout.

Have you kept on the people who worked at Artvest?
Yes. Now there's just one team. I think that's good; it's easier when everyone is working for the same entity. We had started to amalgamate the two groups last year so that they could work on the three events together. That will mean we can share the successes of some editions with the others – like the first-rate cultural programme Linda Lees has set up in the US. We are going to get rid of the Board of TEFAF New York, so there'll only be the Foundation Board. What I'd have liked to do, which turns out to be impossible, is replicate in New York the mix of specialities we have under one roof in Maastricht. But there simply isn't room at the Park Avenue Armory, so we have to divide the exhibitors between the spring and the autumn.

Aren't there any other places in New York that could accommodate everyone?
The Park Avenue Armory has an ideal position, right in the centre of Manhattan, and customers can go there from their homes or from work. The larger spaces are all too difficult to get to. And then, the building is just magnificent.

Do you see the different events influencing each other?
Yes, and it's marvellous. Maastricht is undeniably the finest fair in the world, but until a few years ago, modern and contemporary art was underrepresented. There was a good reason for this: galleries like Gagosian and PACE take part in all the fairs all over the world, and the length of the Maastricht event – two weeks – seemed terribly long for their teams. Then they began to participate in TEFAF New York, which is quite short in comparison, and they loved it! So the following year, they all came to Maastricht. Apart from the sales, this huge community TEFAF manages to bring together is what makes our fairs so interesting.

"I'm not very excited about the future of our industry. Everyone is concentrating on the high end of the market, and there's such a lot of competition in that segment that margins are hard to maintain. I'm convinced that if we want our market go on growing, we need to focus on works worth under $50,000."

Artory, your company, which publishes a register of works in blockchain, began to work with Christie’s at the end of last year. Why not start out with the TEFAF exhibitors first?
We have to be very careful to avoid a conflict of interests, and we need to ensure we are being honest and impartial when it comes to the benefits gained by each entity. I talked about this with the TEFAF Board: I won't allow myself to approach any exhibitors until we have other players on board. Christie’s has signed; Sotheby’s is going to start registering works on behalf of customers, and we are going to announce other partnerships in the next few months. I think we now have enough credibility to be able to respond positively to certain requests from the dealers present at TEFAF.

You have started to integrate Auction Club, the auction result database you acquired at the beginning of the year.
By joining it with our platform, we wanted to adopt the opposite stance to traditional databases, which are organised by sales and by lots. On Artory, access to information focuses on the works. Each one is individualised within a file, and all the sales and events associated with it are included. In addition, if we can't identify sources, we don't add them to the blockchain. Putting everything into blockchain is not worthwhile. The information we add to it is rather like a statement: it is public and associated with one person and a precise moment in time. That's what is irrevocable.

What are the next stages in Artory's development?
We recently raised $7.3 M, which we will use to finalise the incorporation of Auction Club, continue our technological developments and communicate more broadly. By excluding the transactional aspect, we have high ambitions in terms of uses. We want to develop an entirely private collection management system (as Artory never has access to this information) so that we can always have the necessary documents to hand – the ones you lose all the time! – and a tool for sharing and messaging so that different players can dialogue more directly: museums, dealers, collectors, insurers, and so on. The stage after that will concern the content…

The market in becoming increasingly polarised. How do you see it in the future?
To be honest, I'm not very excited about the future of our industry. Everyone is concentrating on the high end of the market, and there's such a lot of competition in that segment that margins are hard to maintain. I'm convinced that if we want our market go on growing, we need to focus on works worth under $50,000. We somehow need to get more people interested who will then buy art. Very frankly, I don't think that Artory contributes much in the top end. Millionaires have teams to take care of their collections. But the ones who modestly buy a work from time to time need to be reassured and have tools to facilitate their lives.