Collectors and public institutions set their sights on sculptures and archaeological artifacts from a chateau furnished by a great scholar. 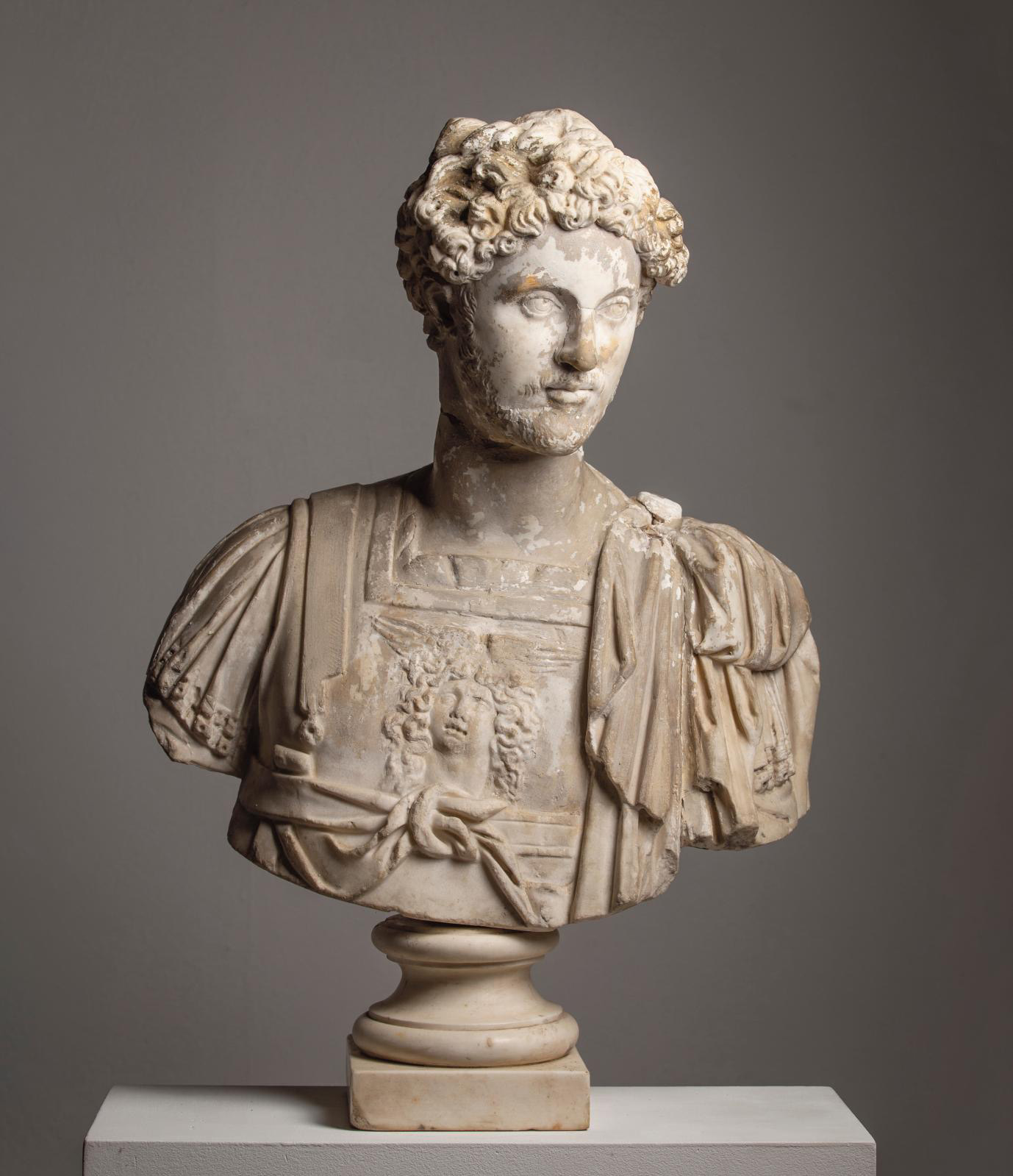 The highlight of this intense two-day sale was undoubtedly the €630,000 result. It began on Saturday with several pieces of old art from the chateau of B., whose entire contents were dispersed. This fascinating collection of sculptures and archaeological finds was assembled by scholar Georges C. S. (1833–1909). None of the pieces were acquired after his death; they remained together as single collection until today.

A 17th or 18th-century marble bust of a Roman emperor on a marble base (93 x 65 cm/36.61 x 25.59 in, see photo) achieved the highest price despite many mishaps and restorations. It fetched €140,200 after fierce competition between two bidders in the room at the ducal palace. Several French museums purchased art works during the weekend, some by preemption. That was the case of the sale’s second-highest result, €129,150, for a Romanesque marble column figure with a Latin inscription on the base (l. 77 cm/30.31 in, see photo) that will join the Musée des Augustins in Toulouse. The museum also preempted a 12th-century limestone wall sculpture. Made in Southwestern France, it depicts a prophet or saint and must have graced a cloister column (156 x 46 cm/61.42 x 18.11 in) for €5,660.

Other ancient or ancient-style marble sculptures were sought also fought over, such as a statue fragment—an arm holding a shield—that fetched €35,670 (l. 47 cm/18.50 in). On Sunday, September 25, the Musée de la Maison de Balzac (Paris) preempted a set of Gustave Doré’s engraving dies for €7,380.

The Middle Ages Under Angelic Protection