Établissements Murelli, a “living heritage company” since 2012, is the last business in France to practise the complex, refined art of guillochage. 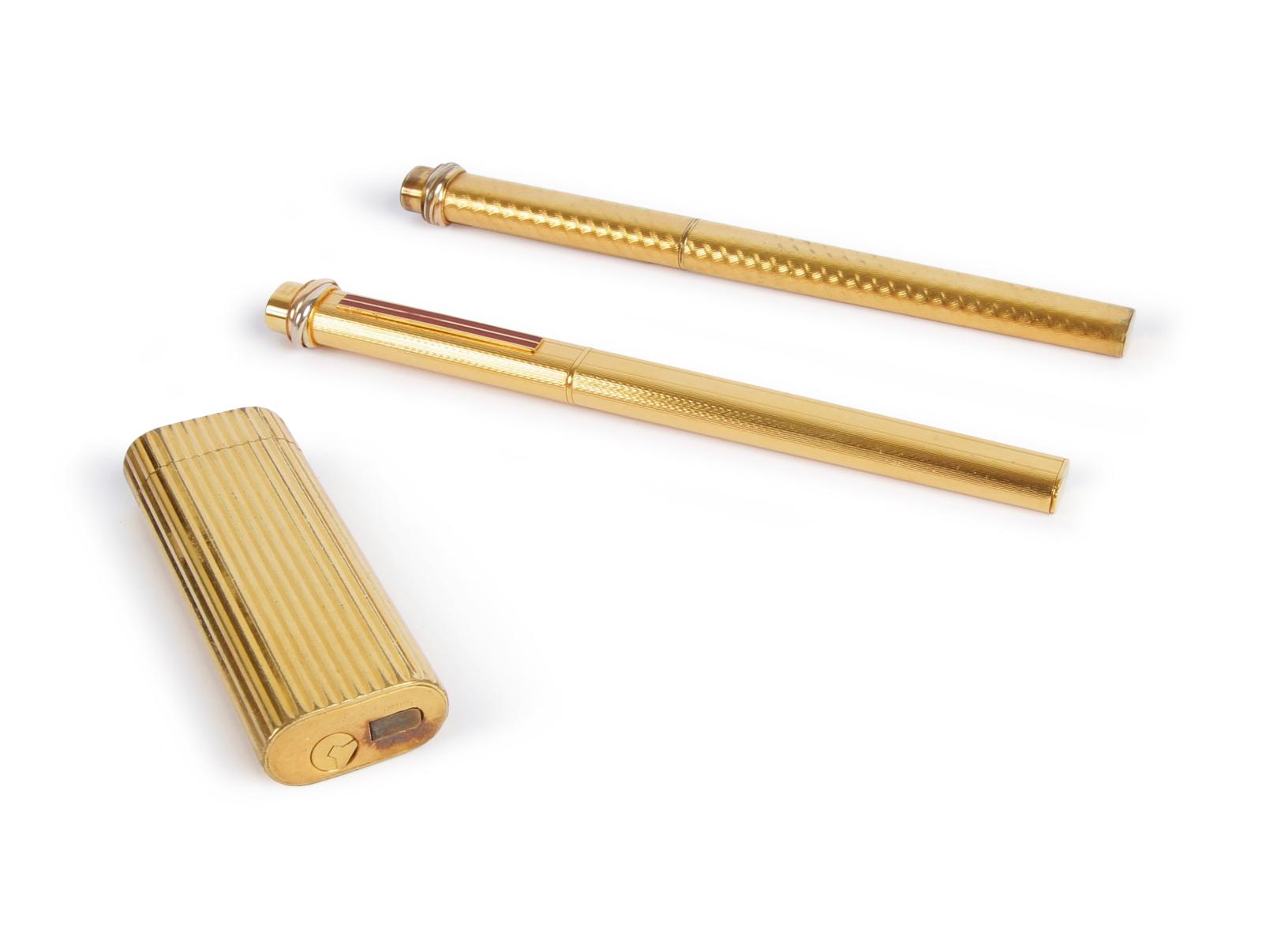 Whatever you do, don’t tell Marc Murelli, the late founder’s eldest son and head of the company since 1995, that he “engraves” pens, lighters and other luxury goods. Établissements Murelli, a “living heritage company” since 2012, is the last business in France to practise the complex, refined art of guillochage. This unique ornamentation technique involves decorating items by removing material by turning or mechanically to finely work matte surfaces (in brass, lacquer, gold, silver, etc.) with various patterns, such as clous de Paris, chequerboards, sparks, basket weaves and waves.
Around 1786, the famous watchmaker Breguet wanted to enhance his solid gold and silver watch faces with different motifs to give them more relief. To do that, he opted for a process that consisted of removing material to make small geometric patterns a tenth of a millimetre wide. Guillochage in the noble sense was born. However, as Murelli passionately recalls, “the earliest guillochis – simple, parallel, interlacing or symmetrical lines – had been known in Europe since the 16th century.” The technique did not really come into its own until watchmaking in the 18th century, when a purpose-designed burin called a “guilloche” allowed craftsmen to work wonders. Today, around 20 machines and lathes, the oldest dating to 1926, enable Établissements Murelli to guilloche up to six objects each at a time. Only one is fully computerised, proving that the craftsman’s hand remains indispensable every step of the way. “My father Robert, who founded the company, always fought to clearly differentiate guillochage from stamping. The loss of words and the nuances between them is why crafts fade into oblivion,” Marc Murelli says. His son Antoine bitterly recalls guilloching an aluminium button for a French automaker’s concept car “that the manufacturer eventually mass-produced with a mould and die, reusing our model.” Other traditional guillocheurs still exist, but they must be found outside France, in Switzerland, Germany or Italy.

Prestigious Customers
In 70 years of existence, the Murellis have had to keep up with fashions and their prestigious customers’ requests. “In the post-war years,” says Marc Murelli, the trend was powder compacts, perfume bottles, cigarette cases and lighters. A half-dozen guillochage workshops like my parents’ shared the market.” Then demand dried up as luxury brands merged and absorbed each other. “Some big names set up their own guillochage shops, resulting in less and less work for us,” he adds. “But others, like Van Cleef & Arpels, still ask us to make prototypes.” The elder Murelli nostalgically remembers the halcyon 1980s, when, quickly forgetting lighters on the decline, his shops guilloched up to 100,000 pens a year each for Cartier, Dupont and Dunhill. “We were the only specialists still working in the 1970s,” he recalls. The company had up to 11 employees and filled one prestigious order after another. “Apart from traditional requests, like hundreds of pens for the court of Morocco’s King Hassan II,” he proudly says, “we filled very special orders. I’m thinking in particular of the shah of Iran, who gave his guests at the Persepolis festivities solid gold Patek Philippe lighters guilloched right here. A few years ago, we did a desk set for the sultan of Brunei.”

Innovating to Survive
For at least 15 years, all fine craft workers, whatever their specialities, have had to keep up and innovate to survive. Établissements Murelli is no exception. It is on the front line when changes in taste affect the luxury goods business. Sluggish demand for tableware in Europe has compelled Puiforcat, Ercuis, Christofle and others to find new outlets in Asia. “Until a few years ago,” says Murelli, “the Chinese would meet their friends in restaurants. Now the trend is to entertain at home. Well-off families buy cutlery, solid silver dishes, champagne buckets, etc., filling the order books of subcontractors like us.” That is a godsend now that sales of pocket-sized luxury items have plummeted in the wake of the 2008 financial crisis and demand from loyal customers like Montblanc and Montegrappa dried up. “We haven’t gone through so much turbulence since the 1973 oil crisis and, to a lesser degree, the first Gulf War,” says Murelli. The Chinese are buying diamond jewellery more than small, less ostentatious guilloched items. More surprisingly, another area, interior decoration, is giving guillochage a new lease of life. The Murellis recently received a special order for over 200 guilloched light switches for a house in Monaco and around 20 wall-mounted reading lamps for a newly refurbished luxury hotel in Paris. It would be risky to bet on what will be guilloched in their Domont shops near Paris 10, 20 or 30 years from now, but Antoine Murelli gave us a scoop. One of their latest items, still in the testing stage, is a mobile phone case made of guilloched resin.

V for Vermeil
Newsfeed
See all news
New Ceramics Exhibition About the Pre-Columbian City of Wari in Peru
Upcoming Exhibition Commemorates Jamaica’s First Feature Film
Blois: The Archaeological Site of the Saint-Vincent Island Reveals its Secrets
Claim That Parthenon Marbles Were “Removed From Rubble” Rebutted
Not to be missed
Cultural Heritage