Mona Lisa's fame can be gauged not just by the hordes of tourists jostling to catch a glimpse of her in her armoured box, but also by the number of copies made between the sixteenth and nineteenth centuries. Here’s a look back at this phenomenon as the Louvre Museum devotes an exhibition to her brilliant creator. 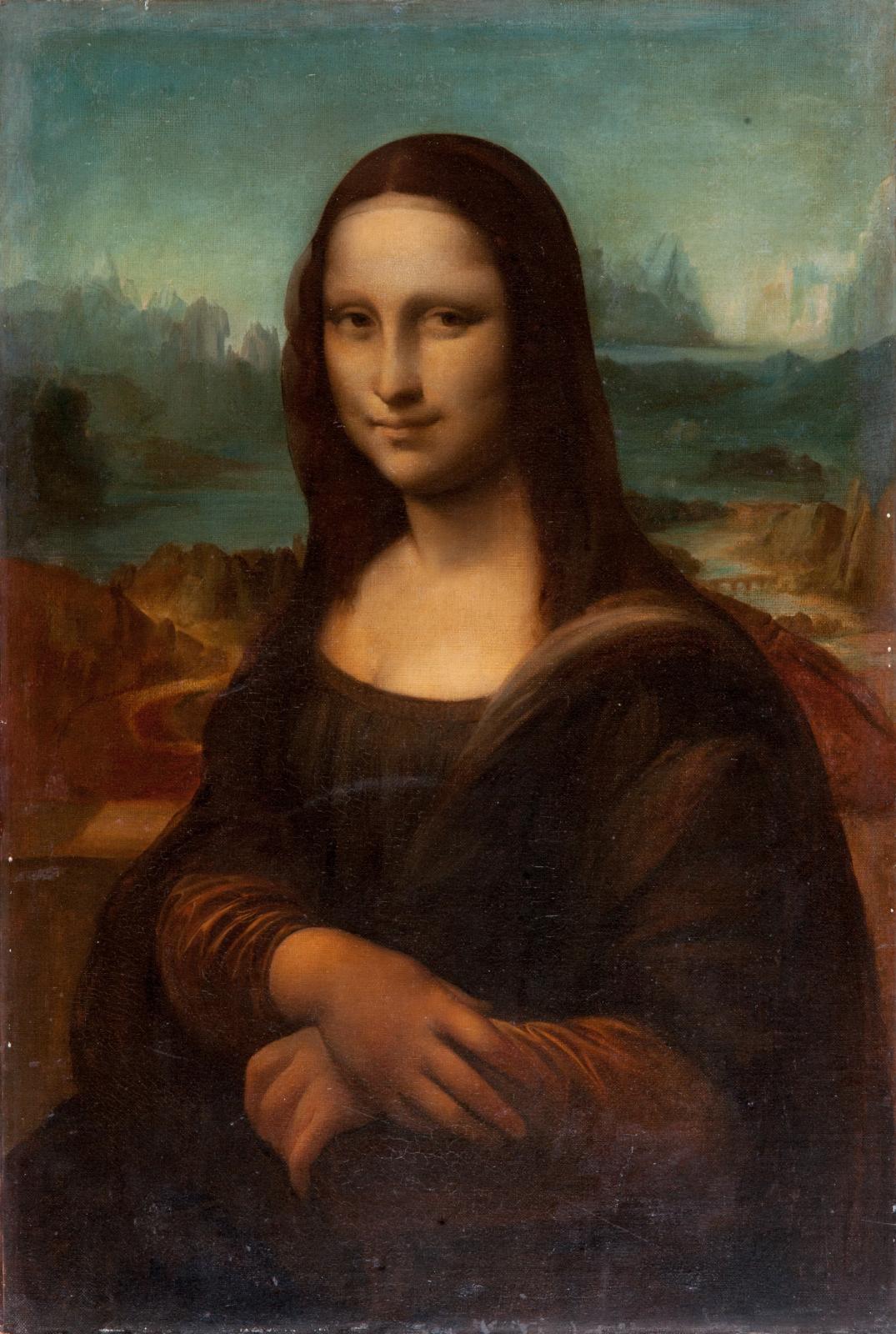 It’s the world’s most famous artwork—and one of the most reproduced paintings in art history. In the early 1950s, the Louvre counted 52 copies. “Today, we know of 110, and there are undoubtedly more,” says Department of Paintings curator Vincent Delieuvin, who will co-curate the Paris exhibition. In the intervening decades, many have turned up on the market and found buyers, proving that the Florentine lady still has an aura. And more copies keep turning up. In June, an Asian buyer purchased a copy attributed to Théodore Chassériau from a German collection for €160,000 at Christie’s Paris, which, on 28 November, will offer a hitherto unknown nineteenth-century version. In January, an anonymous seventeenth-century replica fetched an astonishing $1.7 million at Sotheby’s New York, breaking the record for the most expensive copy.

The Mystery of the real Mona Lisa
A step back in time is necessary to grasp the work’s enduring appeal. Painted on a poplar panel in Florence after 1503, the Mona Lisa achieved fame during Leonardo’s lifetime. Copies, a common practice at the time, were made, at first, by the artist’s disciples in his studio. Leonardo brought the original to France in 1516 when Francis I invited him to the Clos Lucé manor near the Château of Amboise. Bought by the king, it was integrated into the royal collections in 1518 and still copied by court painters at the request of seigneurs and wealthy financiers. However, “copies were not all made from the original,” says Mr Delieuvin. They might be copies of copies. The Mona Lisa’s popularity grew further in the late eighteenth century, when it was hung in the Louvre, viewable by all. Its theft in 1913 gave birth to a legend. After the painting, which was found in Florence, returned to Paris in 1915, a rumour spread that the Louvre did not have the real thing. “Sometimes people contact the museum for information about their Mona Lisa,” says Mr Delieuvin. “You can sense that they’re secretly dreaming it’s the original.” Other collectors just want to claim a world-famous image for their own, attesting to what Pierre Étienne, head of Christie’s Old Masters Department, calls the “Warholisation of the art market”.

Around 15 French Museums Have “Their” Mona Lisa
Most of the replicas, such as the “Vernon Mona Lisa”, belong to private individuals. William Henry Vernon, an American, is said to have received a sixteenth-century copy, passed off for a time as the original, from Marie-Antoinette for services rendered during the Revolution. Sold by Sotheby’s in New York for $550,000 in 1995, it is now in Switzerland. Museums also own some clones, most of which entered their collections as gifts or bequests. In France there are around 15 of them, including Épinal, Troyes, Le Mans, Marseille, Valenciennes, Tours, Carpentras, Béziers, Rennes, Lisle-sur-Tarn and Clamecy. It is said that the Quimper copy, one of the most successful, almost replaced the stolen Mona Lisa, the Louvre’s curators supposedly considered using it to cover up the theft of the original until it could be found. However, word got out so the cover-up was never carried out. And, of course, the Clos Lucé also has its own copy. The manor’s owner, François Saint-Bris, bought it in 2006 from a gallery on quai Voltaire in Paris. Experts believe this version is the one that Henry IV commissioned court painter Ambroise Dubois to make. Mona Lisas have also proliferated in international museums. The Hermitage in Saint Petersburg, the National Museum in Warsaw, the Portland Art Museum, the National Gallery in Oslo, even the Italian Chamber of Deputies in Rome, all have sixteenth-century copies. The Alte Pinakothek in Munich, the Liverpool Museum and the Walters Art Museum in Baltimore, for their part, own seventeenth-century versions.

The Isleworth Mona Lisa Controversy
The replicas are not carbon copies, for “not all of them descend from the Louvre Mona Lisa,” says Mr Delieuvin. In a drawing Raphael made between 1504 and 1508 and in some paintings, Mona Lisa is flanked by columns that are not in the original, leading to the long accepted hypothesis that it may have been cut down to fit into a smaller frame. However, examinations have shown that the work has always been the same size. “Leonardo probably imagined columns in a now-lost preparatory drawing,” says Mr Delieuvin. In any case, their existence accredited the thesis of a “second Mona Lisa”, as the “Isleworth Mona Lisa” is called. British collector Hugh Blaker found it in an English manor in 1913 and brought it to his home in Isleworth, a London suburb. The painting slumbered in a Swiss bank’s safe for four decades before falling into the hands of the Mona Lisa Foundation in Zurich, which unveiled it in 2012 to great media fanfare. According to the foundation, Leonardo painted this youthful-looking portrait 10 years before the Paris version. Many experts, who do not recognise the artist’s hand, refute that theory. “No archival document mentions the so-called second Mona Lisa in any way. Moreover, it’s painted on canvas, which Leonardo never used,” adds Mr Delieuvin. But that did not stop the foundation from displaying its controversial painting in a Florentine palace as recently as this summer.

The Prado Mona Lisa, a Copy Painted in Leonardo’s Studio
The history of the Prado Mona Lisa is even more interesting. The painting entered the Madrid museum’s collections as soon as it opened in 1819. Experts considered the work a banal copy until it was restored in 2010, at the Louvre’s request, for an exhibition on Saint Anne. The cleaning revealed a mountainous landscape similar to that of Leonardo’s that was painted over in the eighteenth century. Scientific analyses showed that it was painted on walnut, a wood the artist used, was made in his studio at the same time as the original, probably by Salaï, one of his students. Nevertheless, although the now resplendent Spanish Mona Lisa has the same enigmatic smile as the Paris version, it does not possess the original’s vaporous subtlety. Nobody has ever succeeded in reproducing the famous sfumato technique invented by Leonardo. Mr Delieuvin would love to find more copies, but even if he does, the Paris Mona Lisa will never be unseated.